William Kiley was a direct ancestor of mine who came to Australia from County Cork in Ireland.

His son Patrick was the owner of Red Hill (Kiley's run), a station near Tumut, NSW.

Red Hill station was made famous in Banjo Patersons poem 'On Kiley's run'.

Here you will find biographical information on William and Patrick who lived on Red Hill station.

Red Hill Station at Adjungbilly, 32 km from Gundagai was first settled in 1848 by William Kiley.

The property was later purchased from Patrick Kiley by Fred Campbell of Yarralumla and Field of Lanyon, and in 1986 among much controversy was sold to the Forestry Commission to be planted with radiata pine.

"Now in ruins, the home built from locally quarried basalt, boasted beautiful views, often admired from the veranda by Paterson."

William Kiley was born in Ireland around 1806. He married Margaret Russell, a widow, in 1837 and they migrated to Australia in 1839, arriving on the ship the "Navarino".

The shipping list says William was the son of Seamus? (agriculturalist) and Catherine Kiley. William was catholic who could read and was of very good health. His age on embarkation was thirty but 'does not know when'.

William's elder brother Patrick was a convict and was transported to Australia for 7 years, arriving on the 'Minerva' in 1819. William and Margaret came to Coolac, NSW where Patrick, having completed his term, and his wife Julia were living.

William and Margaret's first son, William was born at Coolac and also the second son Patrick. Patrick was born in 1841.By the time the 3rd child, Johanna was born on 13 April 1843, William and Margaret were living at Billy Creek (Adjungbilly). This is probably the Spring Creek Run, which may have been incorporated into Red Hill Run also known as Kiley's Run.

William died on the 1st February 1882 at Spring Creek, Brungle, he was 76 years old.

An entrepreneur and potential adventurer.

"During the Kiandra gold rush, Patrick and his brother Edward conducted a profitable business taking flour by pack horse through the mountains to the diggings".

Patrick was later a mate of Banjo Paterson, who is believed to have spent some time on Red Hill Station and to have used it as the model for his poem as 'Kiley's Run'.

Andrew ‘Banjo’ Patterson stood on the verandah of Red Hill homestead situated on a ridge above the river flat. He never tired of looking out at the magnificent views of the forest trees before the foothills of the ranges. He turned and walked the few steps into the house, which had been built from locally quarried basalt. Banjo dropped into a chair beside his friend Patrick Kiley. “D’you remember when I first used to come to Kiley’s Run?” Banjo asked Patrick.

Patrick raised his eyebrows and smiled at the memory of them riding horses side by side on the large property for hours. “Of course”. He replied. “We were so young then.” Banjo chuckled as he took a sip from his glass. “Indeed we were. I was just thinking about the stories your dear old Dad used to tell, when he first settled at Adjungbilly.”

“The young folk today don’t appreciate how hard it was for the old Pioneers.” Patrick stated.

“Everything had to be fenced, there was ringing to be done and clearing a wilderness.” Patrick glanced at his work hardened hands.

“The days were long, the work was demanding and surviving the drought was the hardest of all.”

“It was a good life though”. Banjo said thoughtfully. “Good mates among the stockmen and neighbor’s”. Patrick nodded in agreement saying, “I recall a picnic race day held at the station, years’ ago when the fun continued late into the night”.

“Those were the days!” Banjo slapped his thigh with his hand and laughed at the memory.

In 1874 Patrick married Margaret Agnes Madigan. In 1875 their son John Richard Kiley was born. Eight more children were to come

Margaret died in 1911 and Patrick was heartbroken. There is a stained glass window in the Catholic church erected by Patrick Kiley of Red Hill dedicated to Margaret's memory.

In 1915, after years of drought, the property was sold to Frederick Campbell and the family moved to 'Darah', Wallendbeen. Patrick died at a private hospital in Cootamundra after a short illness on 11th December 1917.

There are descendants of Patrick's family who live in the Cootamundra area today.

Patrick and the Wiradjuri people

Patrick as an employer

Aboriginal men and women would walk along the zig zag trail from Brungle to Kiley's run, where they would find work.

Patrick Kiley was a man ahead of his time. Patrick paid Aboriginal people working for him wages equal to his white employees. Patrick made this a tradition on his property, as Fred Campbell who owned it after him also paid equal wages to Aboriginal workers as did the next owner TA Fields.

Vincent Bulger, anAboriginal men from Brungle village worked as a stockman on Kileys run from 1947 until the mid 1950s.

You can find more information on Vincent Bulger in this book: 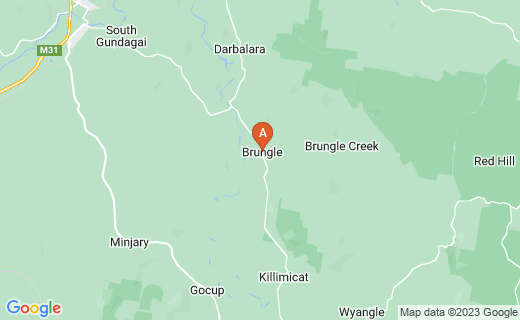 In 1986 a group was formed to save Kiley's run. The Kiley's Run Preservation Committee was concerned at possibly losing a segment of Australia's history. The property, was to be purchased by the NSW Forestry Commission. The local residents were worried about a pine plantation on agricultural land.