Most farmers are already aware of lambsquarters, and they spray to kill them regularly. The average American has little to no idea what it is yet they have seen it before, and almost nobody has a clue to how outrageously nutritious they are.

Lambsquarters are also known as lamb's quarters, pigweed, goosefoot, huauzontle and wild spinach. In North America the name refers to the pitseed goosefoot (Chenopodium berlandieri) and In Europe it refers to the white goosefoot (Chenopodium album). This plant grows in every state in the USA except Hawaii and even into Mexico. It has been grown as a food crop over the centuries, but is widely considered a weed today, yet some places in Mexico grow a domesticated variety as a food crop even today.

The one I am familiar with is what grows anywhere there is dirt in Illinois, USA. The species is a very prolific one to say the least, and is loved by small birds in winter when there is snow cover as it produces thousands of seeds per plant. The plant grows over 8 feet high and can choke out most any other plant as it grows several inches per day under the right conditions. (They prefer warm and moderately wet) The leaves are pale green with a dusty appearance, and some reddish purple near the stems. Sometimes purple spots will appear on developed leaves, but that's ok. In midsummer through fall they develop broccoli like flower clusters on the tips of the stems.

In the world of foods, there are a few so high in nutrients as to be considered a superfood, and lambsquarters should definitely should be on that list. The only reason that it is not is because it isn't considered a food by the vast majority of people. I would like to be one who helps change the perception of lambsquarters from that of a nuisance and weed to that of superfood.

Why do I think that this qualifies as a superffood? The answer is simple. First of all, it has over 11 days worth of vitamin K in just one cup! Vitamin K is necessary for the clotting of blood among other things, and is not found in very high quantities in many foods. Among the foods it is found to be high in, lambsquarters come in second, after only parsley in amount per cup. Lambsquarters are also high in other vitamins, such as; vitamins a and c, riboflavin, calcium, manganese, plus they provide all the amino acids to form a complete protein, which is very noteworthy to vegans. They are very low in calories and highly anti inflammatory. For a complete roundup of all the benefits of lambsquarters click on the link below:

In closing I should say, they are not too bad tasting either. There are recipes out there, and lambsquarters can sub for most leafy greens. So, slip some into a mixed salad or cook some up as a side dish someday, and feel better for it!

Please be sure to check out some of my other articles as well as comment, vote and share! 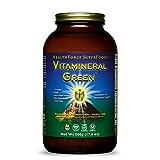 More for you to read!