Vinaya is the author of "Amazing Alphabet" and "People's War in Nepal: Songs and Narratives From the Frontline."

Every year on the fifth day of the bright half of the lunar month of Shrawan (July–August), Hindus propitiate snakes and celebrate Naga Panchami as the birth of the Naga. This year Naga Panchami, the festival of snakes, happens to be on 24th of July.

Serpent, or snake to be precise, is called Naga in Sanskrit. There is overwhelming presence of Naga iconography in Hinduism, Buddhism and Jainism. From the time immemorial, Hindus are worshiping Naga. In Hindu calendar almost every deity has his or her own day, and even so for the snakes in the day called Naga Panchami. On this day Hindus propitiate Naga by praying and worshiping snake replicas and pictures.

Naga or serpent semiotics is present not only in Hindu culture, but also in all the major and minor religions in the world, including Buddhism, Christianity, Judaism and Islam.

Christianity, Judaism and Islam share a common myth about the downfall of human beings because of a serpent. According to the Old Testaments and Qur'an, the serpent motivated Eve to eat an apple, which was the first sin committed by human beings. Serpent or Naga iconography is present in many cultures and country, and dominates many ancient civilizations, representing goodness or evil, or both.

Snake or Naga Iconography in Hinduism

Hindu Scriptures brim with the stories of Naga. They are associated with water or source of water. Naga, regarded as the guardian of the treasure, are demigods capable of taking any forms, but mostly depicted in half human and half snake form. When Naga assume human forms, they are considered to be very strong and handsome.

There are three notable Naga in Hindu mythologies.

Sesa Naga: Lord Vishnu rests on the bed of Sesa Naga in the cosmic ocean, from where He protects the creation.

Vasuki Naga: The demons and the gods used Vasuki Naga used as a churning rope to churn the cosmic ocean. Ambrosia, Laxmi, and Halahal came out of the cosmic ocean along with many other things. Gods drank ambrosia and became immortal. Vishnu married Laksmi, the Goddess of Wealth. And Lord Shiva drank Halahal, the poison, and stopped the destruction of the world.

Taksaka Naga: Taksaka Naga is one of the kings of Naga. He appears in many legends.

Naga iconography in Buddhism and Jainism

According to a Buddhist legend, while the Buddha was meditating, the snake king Mucalinda protected him from rain by spreading his hood for seven days. In Buddhism, Naga are the deities who guard the entrance. Buddhist religious arts depict Naga as minor deity.

Origin of Naga symbol in Hinduism

According to the Hindu Scriptures, Naga live in the Netherworld called Naga-Loka or Patala-Loka with unimaginable richness. When the Naga were over populated on the earth, Brahma, the Creator, banished them to the underworld. Naga are the children of Kashyap Rishi who married Brahma 13 daughters. Their mother’s name is Kudra. Kashyap is also the father of gods, demons and animals.

Snakes are Lord Shiva’s garland, anklets and armlets. Hindu gods like Bhairav and Mahakala are protected and decorated by snakes. Thousand-headed Naga called Ananta protects Goddess Kali. Like Lord Vishnu, many gods rest on Naga or are protected by Naga. Naga guard Hindu temples and shrines. Naga are depicted on the doors, windows and the walls of the temples. Naga are also the seat of the deity.

Tantra and Yoga, which are the esoteric practices in Hinduism, philosophize about serpent power inside human body. This serpent called Kundalini, depicted as a coiled snake, would be evoked by mysterious yogic practices or tantric rituals. When this serpent power is awakened ignoramus humans are said to be liberated from worldly vices. Literal meaning of Kundalini is coiled Naga.

Naga is a totemic symbol used by ancient tribes the world around, and it came into existence because the people in antiquity imagined snake as the primordial source of life force. Many tribal clans in north-east India, south India, and China trace their origin to the union of a human being and a female Naga.

In the prehistoric times, when the tribes propitiated snake, they were represented by the totem they revered. The snake totem became their symbol, and they were called Naga. The Naga in north-east India are said to be descendent of the tribe that worshiped snake totem.

Ocean churning myth in Hinduism is beautifully depicted in statue form in Suvarnabhumi InternationalAirport, in Bangkok. In Cambodia, there are lots of ancient statues depicting Naga as hooded cobras with one or more heads. Naga symbols are present around the world. Nowhere is its presence greater than in India and Nepal.

Naga also appear in Human-snake forms in religious art, with their body below the waist coiled like a snake and above in man or woman form. They are also depicted as many-hooded snake canopy over the head of gods. 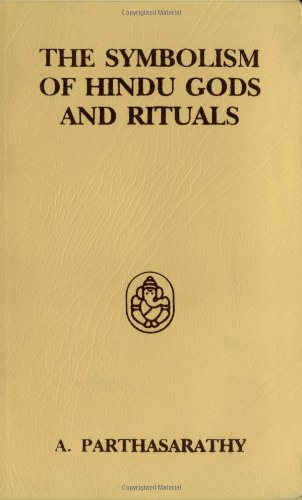 Myths of Naga in Nepali Culture

Snakes have a significant place in Hinduism and Nepali culture. Amongst the Nepali tales of Naga, the most common ones are that some of them possess jewel called Nagamani, some can change themselves to anything even a man/woman, that they have unlimited power to will good or bad.

According to the Swyambhu Purana – the theology equally sanctified by the Hindus and the Buddhists – Kathmandu, the capital of Nepal, once was a lake inhibited by many Naga and was called Naga daha. Manjushree, the Bodhisattva (Buddha-to-be), came from Tibet and drained the lake. All the inhabitants of Naga daha left, however, Karkotaka Naga refused. Manjushree let him rest at Chovar. It is believed Karkotaka Naga can still be spotted at Chobhar.

The myth of Bisket Jatra, a festival celebrated during the advent of Nepali New Year, is related to Naga. Once there was a king who had to wed his daughter everyday because the husband died on the wedding night. One day a prince in disguise came to the city. He was married to the princess. He knew about the stories, so he remained awake to find out what happened to the husbands. At midnight, he saw two Naga coming out from the nostrils of princess. He killed the Naga. And thus began the festival of Bisket Jatra.

The legend has it, to fund the war against Prithvi Narayan Shah, the founder of modern Nepal, Jaya Prakash Malla, the last king of Kathmandu, opened Pashupatinath Temple’s treasure, notwithstanding, had to run away for he saw the Vasuki Naga guarding the treasure.

According to the story of Machhindranath festival, celebrated with much fanfare in Nepal, Gorakhnath, the progenitor of Nath cult in Hinduism, held all Naga under his seat, and Kathmandu suffered drought because snakes are believed to bring rain. People had to go to Kamakhya in India to fetch his Guru Machindranath and propitiate Gorakhnath. The day is remembered as Machindranath festival that is celebrated in June, sometimes in July.

The jeweled-vest displayed during Bhoto Jatra, an event during the Machindranath festival, was gifted to a farmer by Naga King Karkotaka which was later stolen by a ghost. Every year jeweled-vest is displayed so that the right owner could claim it. People in Nepal are stilling waiting for Karkotaka to come and claim the jeweled-vest.

Naga are very special with their transformative nature and power. They also believed to possess mystic wisdom and great wealth, both of which they obtain from their association with the interior of the earth. Naga are the symbols of transformation, because they are able to shed their skins and become new beings. They live on the earth and in the earth, and move between cosmic planes – the earth and the underworld – and also between the states of being, between the realms of the living and the dead.

Hindu Gods and deities are at home with these mysterious, powerful beings. In Hindu iconography, no other creatures have taken so much space than snakes. In Hindu religion and culture, Naga are feared and also venerated.