Native American culture is rich with wonderful folktales and legends. I have featured three of my favorites and written a mini thematic unit, designed for students in grades 1 through 3, about each.

The teaching units include learning activities for all of the disciplines, including language arts, math, science, social studies, arts/crafts, and research / library information skills.

This picture writing chart which features some simple symbols can be used with some of the thematic activities in the units. Indian Symbols is available on zazzle.

Legend of the Indian Paintbrush

The Legend of the Indian Paintbrush

This outstanding book is an excellent choice on which to base many learning activities. The author is also a noted illustrator.

Legend of the Indian Paintbrush

Tomie dePaola always wanted to be an artist and began painting at age four. Every night his mother would read him stories, folktales and legends. He drew many pictures during his school years and went to the Pratt Institute, a special art college, to learn how to use all the art mediums.

After graduation he worked as an illustrator, but it took several years of hard work before he was offered a book to illustrate. His first book was called Sound. Since then he has illustrated over 100 books.

Tomie dePaola and his work have been recognized with the Caldecott Honor Award, the Newbery Honor Award and the New Hampshire Governor's Arts Award of Living Treasure.

He lives in New London, New Hampshire with his new Airedale dog, BrontÃ«.

... alphabetizes to the second letter and located words in a picture dictionary.

The teacher will provide a list of Thanksgiving and Indian words. The students will use picture dictionaries to define the words and write down the definitions.

... learns the parts of a book's cover... title, author, illustrator.

... appreciates literature on his/her own level.

The Reading Rainbow episode or book and tape of Tomie DePaola's, Legend of the Indian Paintbrush. Have the book on hand and go over the parts of a book.

...learns to recall information based on print or non-print materials.

The students will be given a copy of a scene from the Legend of the Indian Paintbrush. They will use colored chalk and crayons to draw in the sunset and what was growing on the hills after the boy painted his picture.

... learns how to take notes using key words and phrases.

Display real Indian artifacts and objects (arrowheads, bead work, art work, pots, musical instruments, etc.) and pictures of Indian objects. Each object will have a 2 - 3 sentence description. The students will use a matrix to take notes. They will draw a picture and write a sentence about Indians. November issues of various children's magazines will be placed in the center as well.

The students will use Indian picture writing to "write a story" onto a paper animal skin cut out. All worksheets will be in the shape of this animal skin so they can be made into an Indian booklet.

This painting, Shaw Dance by Klock, is available on Zazzle. It demonstrates the beautiful needle work done by the women of the tribe.

This booklet page can also be found at Blank Skin for Picture Writing , as well as Cover of Booklet plus two additional pages for the booklet. Feel free to copy these sheets.

Do you include Library and Research skills into your thematic units?

Gift of the Sacred Dog

The Gift of the Sacred Dog (Reading Rainbow Book)

This "Reading Rainbow" book has wonderful illustrations and a beautiful story.

Gift of the Sacred Dog

Paul Goble grew up in England, where he developed a deep interest in the culture of the Plains Indians. In 1977, he came to live and study in the Black Hills of South Dakota.

Paul Goble says, "Throughout my books I have tried to reflect the special Indian feeling of mystical relationship with nature." The New York Times describes Paul Goble's work as "a marriage of authentic design and contemporary artistry," declaring, "it succeeds beautifully." His artwork resides in a number of collections and institutions, including the Library of Congress and the South Dakota Art Museum.

Paul Goble lives in the Black Hills of South Dakota with his wife, Janet. He was recently named an honorary Doctor of Humane Letters by South Dakota State University in Brookings.

The students will be provided with task cards which ask them to find a certain page in a certain book. They then, read the page, close the book and copy a sentence from the card, filling in the blank.

The teacher will prepare a task card to correspond with each of 6-8 (3 more than the number of students in the group) Native American books and have both books and task cards in the center.

On a pony or other Native American shaped card copy:

Read the page. Close the book.

Copy the sentence below and fill in the blank.

... is able to convey information in written sentences.

The students will observe the Indian display. They will write 5 words about Indian Life, then put the 5 words into sentences.

... learns to recall information based on print or non-print materials.

... appreciates literature on his/her own level.

The students will view the Reading Rainbow episode of Gift of the Sacred Dog by Paul Goble.

The students will use the symbols of picture writing from Paul Goble's books as well as picture writing sheets to write a story on the front of their "Indian Portfolio" (a folded piece of 12 X 18 construction paper). If desired, the teacher can copy an image of the animal skin provided above.

Children's literature is ripe with Native American myths and legends. Here are a few.

This wonderful book presents the myths, complete with illustrations and descriptions of tribal nations. Told by award-winning Abenaki storyteller Joseph Bruchac, this collection of twenty-four mythical stories is drawn from legends of a variety of Native American cultures. The stories promote responsible stewardship toward all animals.

Legend of the Bluebonnet

The Legend of the Bluebonnet

This is a touching story about a young orphan giving up a prized possesion for the good of her tribe. It has lovely illustrations.

Legend of the Bluebonnet

Learn about Tomie dePaola from the biography on the first book or visit his official website, Tomie.

... is able to convey information in written sentences.

... recognizes the difference between a dictionary and an encyclopedia and what each is used for.

The students will observe the Indian display and fill out a web entitled "Indian Life".

... learns to use an encyclopedia of the appropriate reading level.

... learns to pick out the key words in a question and use them in either on-line searching or in an encyclopedia book.

Both classes will use the encyclopedia to complete a "turkey trivia" or a page with research questions about Native Americans.

... learns to recall information based on print or non-print materials.

... appreciates literature from other generations and cultures.

The students will view the book and audio of Legend of the Bluebonnet by Tomie de Paola.

The students will construct miniature tepees from construction paper and toothpicks. They will use Indian Picture writing to personalize their tepees.

The skills in this unit can be evaluated by the teacher's and library media specialist's:

... monitoring of each student's completed tasks.

... utilization of a checklist to monitor task completion.

Which is your favorite Native American Legend?

Where we walk to school each day,

All about our native land,

Where the shops and houses stand.

And the trees were very tall,

And there were no streets at all,

Not a church and not a steeple--

Only woods and Indian people.

Only wigwams on the ground,

And at night bears prowling round--

What a different place today

Where we live and work and play!

These DVD's will extend the study of the three legends. 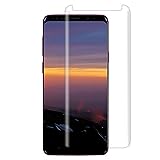 These classic Native American culture films feature the Navajo and Pueblo Indians of the Western United States. Students will learn much from these movies.

North America was once a land of many native cultures, languages, and traditions. It is estimated that more than half of the foods known today originated on the North American continent and fed Native Americans. This book contains 51 recipes and descriptions of traditional methods for preparing breads, soups and stews, meats, vegetables, salmon, desserts, and special treats.

Music can be played during sustained silent reading, art or physical education. Beadwork develops eye-hand coordination and even math skills. 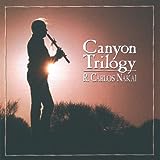 Gerald McDermott is a Caldecott award winning author-illustrator. His books would also make good springboards for thematic units. The picture books focus on Native American legends from different tribes so can be used in many creative ways. There are many legends about Raven the trickster.

Arrow to the Sun

Arrow to the Sun: A Pueblo Indian Tale

Arrow to the Sun won the Caldecott Award for best picture book.

Reading Rainbow features childrens books centered around a theme. An episode of Reading Rainbow is an excellent springboard for a thematic or book related unit.