Need For Moral Wisdom Over Rules Plus Incentives__Vitality at Hometown USA

This is a conversation about value of strengthening moral wisdom on a community based culture that can strengthen individual or common quest for community vitality while contributing to economic vitality as well.

Knowledge of moral wisdom have been known from philosophy, religion and more recently science perspective but not ranked high in governing priority list at Hometown USA as observed and referenced below.

The topic of moral wisdom in society, dear reader, has risen in importance and priority in America recently as pointed by some academic sages particularly.

Observation have been made here in 21st Century, after a decade plus ecommic downturn in America, a need to lift Moral Wisdom above rules and incentives in cultures where people live and work.

Today, there persistent need for global war on international front, and increased evidence of white collar crime or ethics violations in business.

All indications point to a decline in moral wisdom in the nation today compared to yesterday in America.

Something deep may be wrong in our 21st Century culture that we have failed take note.

That if this issue is not addressed more effectively, it could lead to further suffering for people of all level, particularly for the poor and struggling middle class today.

But recent rules and incentives established on a national level to prevent bullying in schools, and reduce corporate bullying on mortgages and credit cards particularly are perhaps significant as a starting point that has taken place from a policy perspective as a start of discussions on Moral Wisdom.

Yea, bully pulpits of politicians continuously talk about expanding the middle class and making the economic pie by wise policy that often means âmore complex rules coupled with incentives to conform to such rulesâ.

But financial intermediaries, large corporations, political organizations and even universities are faced with increased rules and implementation of incentives to conform to the rules at the expense while need and training for moral wisdom takes a back seat with processes that are increasing governed by millions and millions where role of individuals are invisible or insignificant.

This is the general observation of 21st Century America that has been made recently by some sages mostly in academia in America.

This general observation about Moral Wisdom is based on a quick search of books published and articles written, much of which are easily available on an internet search for anyone who wish to duplicate the path of discovery that lead me to create this lense and conversation on Moral Wisdom.

On a community level, k-12 public education as well as education at community college and university levels remain a key challenge for Moral Ethics conversations and pilots.

And to bring this issue before business world and government through chamber of commerce organizations and 3 levels of government existing, county or city, state and federal remain a serious challenge.

To define Moral Wisdom on a community level, and then implementing pilot demonstration that strengthen the culture rooted in Moral Wisdom at a higher level than protocols based on "Rules and Incentives" have been eloquently discussed by Professor B. Schrwartz in a TEDx Tallk recently.

A link is provided below.

We have to anticipate failures in some pilots, and be able to commit to a continuous process of improvement based on emerging knowledge and wisdom that once a focus on this topic can be made who are most responsible for education, ie, public and private education agencies of government and communities.

And other community leadership such as chamber of commerce and local governments with internest citizen participants as necessary. 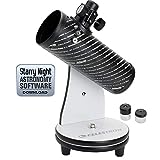 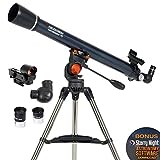 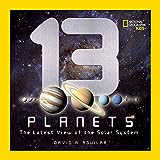 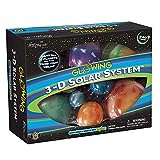 What is Moral Wisdom ?

While academics have their own favorite definion of moral wisdom depending on whether a perspective is global or national or some other sub genere.

In this conversation, dear reader, Moral Wisdom is defined as a "inner compass" for an individual, an organization leadership, or in a community such as Hometown USA, whose elected leaders and business leaders, academics work together in seeking to strengthen community vitality and economic well being of citizens and residents on a community level first.

This governing process is executed through a concensus based policy and implementation of action that allow individuals, families and communities.

Certain freedoms are defined and cherished linking past, present and future as citizens of a nation, and as member of a global community of incredibly diverse cultures of humanity that is a reality of cultures in America today as more so than yesterday.

Below I introduce 4 "Moral Wisdom" models for discussion and deeper thinking to enable this dilemma and challenge that has continues to persist today in America that is yet to achieve any high priority except perhaps "bullying in public schools" .

However Moral Wisdom have received attention in some halls of some churches and temples in America who are struggling today for "Inter-Faith Conversations" on a community action with limited success so far here in early 21st Century based on limited observations in my own community here in Northern Virginia and elsewhere via what is published in the internet recently relating to this topic.

The barriers to harmonize religious beliefs with inter-faith community action topics and considerations that allow concensus on Moral Wisdom remain a challenge today.

Beyond Walden Two__A Climb On The Shoulders of Great Mind