Answers to Your Questions About Ancient Greece

For students of Greek Myth & History

Many visitors to my Ancient Greece Travel Diary surf in through Google, looking for answers to questions like "What are the Roman names for Greek gods?" and "map of the Odyssey."

I hope you'll have a chance to browse my photos and ramblings about my Greek odyssey, but sometimes you just need the answer, right now. So I've checked the questions that keep popping up, and I've attempted to answer them below.

Some of them, anyway.

(Sorry, anonymous Google surfer. I have no idea how tall Medusa is.)

Timeline of Ancient Greece - Greek History at a Glance

Here's my Timeline of Ancient Greece.

I packed a lot of info there, but if you need more, here's some other good web pages on classical Greek history:

Stars (*) mark the twelve gods of Olympus, the Olympian gods. Hover cursor over links for a quick rundown of each god, or click links for in-depth entries on The Theoi Project. Or test yourself with my Gods of Olympus Trivia Quiz.

Don't see the name you need? Check these charts on Encyclopedia Mythica or MessageNet.

† There was no Mythology Police in Greece, and some writers and localities had a slightly different list. Hades never gets to be on Mt. Olympus because he's god of the underworld, but in some myths Hestia is one of the twelve, while others name Dionysos, or even "also-rans" like Herakles, Leto (Apollo and Artemis' mom), Asklepios.

What about Apollo? The Romans and their predecessors, the Etruscans, had their own local gods and nature spirits before the Greeks colonized it. Usually, they'd equate local gods to the Greek god that matched. However, there was no exact equivalent for Apollo, god of light, medicine, knowledge and prophecy. Therefore, he was imported without a name change. (In classical Greece, Apollo was not the sun-god; that was Helios. It was only in the Hellenistic period that Apollo began to merge with Helios.) 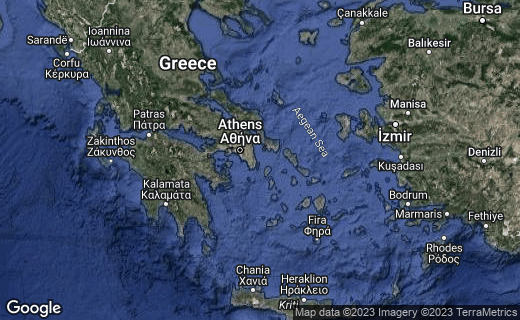 How Do We Know Where Things Were 2500 Years Ago?

We know a lot about the geography of ancient Greece because of writing: coins, art and inscriptions identify places whose names have changed in the last 2500 years (in many cases, they haven't changed a bit). We know even more from archaeological sites: the ruins are still there, after all, often buried beneath the streets of modern towns. But a lot of places in mythology can't be pinpointed with certainty, either because they're made up and never existed, or they disappeared long ago.

It's hard to pick just five! But here's some of my top recommendations.

The Genealogy of Greek Mythology: An Illustrated Family Tree of Greek Myth from the First Gods to the Founders of Rome
Incredibly useful chart: all the gods and mythological names are here, well-organized; there's also inset boxes summarizing most major myths like the Labors of Hercules, the voyage of the Argo, and more.
Buy Now 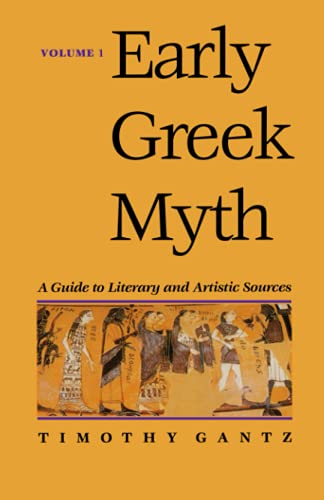 Early Greek Myth: A Guide to Literary and Artistic Sources, Vol. 1
Great resource for the graduate student or scholar: two-volume set on Greek myths with details on what parts of the myths come from which sources. Great present for college students studying Greek or classics.
Buy Now

Art and Myth in Ancient Greece (World of Art)
An unusual and very readable book discussing classical art not by style or historical phase, but by subject matter!
Buy Now

Art and Experience in Classical Greece
Archaeology, art, and history of classical Greece. One of my old reliable textbooks as an undergraduate in classical studies.
Buy Now

The Art and Culture of Early Greece, 1100-480 B.C.
Same thing, but for the preclassical (and especially the Mycenaean/Bronze Age) period.
Buy Now

The Wanderings of Odysseus - Maps of Place Names in Homer's Odyssey

Where did Odysseus go? Where did Circe live? Where was the island of the Cyclops? We don't know for sure, but readers of Homer have been arguing about it for thousands of years!

Whew! I'd love to design my own well-researched mythological family trees for this website, but I've got a lot on the To Do List. So for the moment, I'm going to give you links to others I've found.

Like so much in ancient mythology, there are a lot of variant myths about who's related to whom and how, so these aren't set in stone.

How Do I Know All This Stuff?

When you find information on the internet, always ask yourself, "Who wrote this and how do I know what she's posted is accurate?" After all, ANYONE can post anything-- and that includes Wikipedia articles, by the way! I'm sure I've made a few mistakes, but here's my academic background:

So that's me, and that's all for now! I hope you've found this page useful. Now, to thank me, please observe the following simple rule:

Don't be a greedy

Charybdis! Always give credit when you use someone's words or pictures.