Phylum Cnidaria (formely known as coelenterata) includes about 9000 species.Some are found in fresh water, but the grater number are marine. Coelenterates (Gr. koilos, hollow+enteron,gut).are the simplest of eumetazoans. This interesting group of animals take its name from the large cavity in the body that serves as the intestine.They include the hydra, jellyfish, sea anemones and corals. 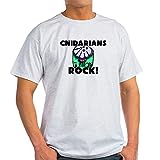 Class: Hydrozoa: Polyp is pre dominant, but the life cycle shows both polyp and medusa stages.

Cnidarians show the phenomenon of polymorphism, i.e . presence of two or more morphological different types of individuals are present in the colony of same species.The different individuals are called zooids .

Polyp stage is the only zooid and medusa is completely absent.

Examples: Sea anemone and corals like Fungia, Favia and Madrepora.