What exactly makes a plant a plant? Why are mushrooms not considered plants? What characteristics and adaptations do plants have which allow them to live on land? What are stomata and why do plants have them? What are the purposes of flowers?

On this page, which is one in a series on biology, we'll be exploring plants.

Characteristics of Plants - What makes a plant a plant? How are organisms in the plant kingdom different from organisms in other kingdoms?

What adapations do plants have which allow them to live on land?

This youtube on plant adaptations (below) is fairly long. If you are short on time, you may like to stop watching around 10:16.

Cuticle - The waxy coating on the surface of plant leaves and stems helps prevent the plant from drying out.

Yes, the cuticle on plants keeps some water out, but it also keeps a lot of water IN the plant!

The Function of Stomata

Stomata allow oxygen and carbon dioxide to pass into or out of the plant. Each stomata has a pair of guard cells on each side of it. As the guard cells change shape, the stomata open or close.

Plants Have An Alternation of Generations Life Cycle

Alternation of Generations in Ferns

The diagram below shows you what the alternation of generations looks like in ferns. Notice that in this diagram, the sporophote is on the top of the picture. This is just the way that the author decided to draw it.

As you can see in the photo below, leaves have vascular tissue in them as well!

The Functions of a Vascular System

A vascular system doesn't just transport water and nutrients up from the roots though. It also carries sugars made during photosynthesis to other locations within the plant. Xylem is the part of the vascular system that carries water and minerals up from the roots. Phloem is the part that carries sugars to other places within the plant.

Nonvascular Plants Include Mosses, Liverworts, and Hornworts - They do not have a vascular system.

Moss (shown above) has a cuticle (waxy coating), stomato (pores which let gases in or out), and water conducting cells.

Liverworts do not have stomata, cuticle, or water conducting cells.

Hornworts (shown above) have cuticules and stomata, but do not have water conducting cells.

Not too long ago, my son and I headed down to the creek near our house. We found some moss on the bank, and stopped to take a look. On top of the green moss was a few very tiny stalks. When we very lightly brushed the stalks with our hands, a small wave of "dust" blew through the air.

The green layer of moss on the bank was the gametophyte. The tiny stalks coming up from the moss were the sporophytes. The dusty stuff coming out of the top of the stalks were spores, located in the sporangium (spore capsule.)

Learn More About Mosses and Liverworts

Lycopodium (above) is a type of club moss.

Horsetails can grow up to 20 feet tall!

Horsetails are tough plants! They aren't soft like ferns.

There are two types of vascular plants with seeds: Gymnosperms and Angiosperms.

Gymnosperm means, "naked seed." The seeds of gymnosperms are not found inside fruit.

Angiosperm means, "case seed." The seeds of angiosperms are found within fruit.

In Angiosperms, the seeds develop within fruits.

There are several differences between monocot and dicot plants. What's the first one you notice when you look at the plants in this photo?

Monocots - Flowering plants that have seeds with only 1 seed leaf.

Seed Leaves are the first leaves to pop out of the ground. Sometimes they are different than leaves that come after them. Another name for seed leaves is cotyledon.

Monocots have just one cotyledon. Dicots have two cotyledons.

This is a dicot plant because it has two seed leaves. (It also has two real leaves.) The seed leaves, or cotyledons, are the two smoother leaves with a rounded shape. The first real leaves are the smaller, lighter green leaves that have indentations.

What's the purpose of flowers?

Flowers serve the purpose of producing pollen and seeds. Flowers also attract birds, insects, and bats. Tiny bits of pollen grains stick to the animals and are then carried to another plant, aiding in the process of cross-pollination. Cross pollination simply means the transfer of pollen from one flower's anther to another flower's stigma.

Parts of a Flower

Parts of a Flower

Seeds - A seed contains the embryo (or baby) of a new plant.

Seeds are another adaptation that allows plants to live on land.

This book provides the instructions for about two dozen fascinating science projects about seed plants. Included are experiments on the effect of acid rain on plants, the effects of growing plants in hydroponic solutions, how light effects plants, germination, transpiration, stomata, and a lot more . The projects do not require unusual or hard to obtain equipment and are explained step-by-step, even including suggestions for further investigations.

Lab on the Structure and Function of Seeds

To do in class

1. Structure and Function of Seeds Lab

2. Another resource on the structure and function of seeds, including some labeled drawings.

(Click on the documents on that page in order to enlarge them.)

To do the seed dispersal activity, make sure you close each window before opening the next, or the sound from one will merge with the sound of the next!

Water is not needed for reproduction in seed plants.

So How Does Reproduction Occur?

Short Movie of a Bee Pollinating a Flower - close up views 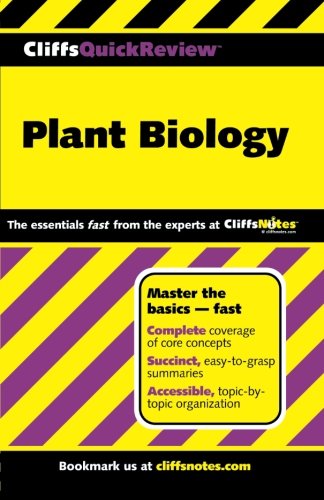 DK Eyewitness Books: Plant: Discover the Fascinating World of Plants from Flowers and Fruit to Plants That Sting
Beautiful photos and interesting text about plants and the parts of plants! 72 pages.
Buy Now

You'll find a listing of all the pages in this biology series at: Biology: Information, Videos, and Labs