Roman philosopher of the Neoplatonic school, born in Asyut, Egypt. Plotinus lived from 205 to 270 AD in Alexandria.

He studied with the Alexandrian philosopher Ammonius Saccas at Alexandria for a period of ten years and about 244 went to Rome, where he established a school.

Plotinus spoke on Pythagorean and Platonic wisdom in Neoplatonic terms and on asceticism; such was the impression made upon his audience that some of them gave their fortunes to the poor, set their slaves free and devoted themselves to lives of study and ascetic piety.

At the age of sixty, with the permission of the Roman emperor Gallienus, Plotinus planned to establish a communistic commonwealth build on the model of The Republic by the Greek philosopher Plato, but the project failed because of the opposition of Gallienus' counselors.

Plotinus continued to teach and write until his death. His works comprise fifty-four treatises in Greek, called the Enneads, six groups of nine books each, an arrangement probably made by his student Porphyry (232 to 304 AD) who edited his writings.

Plotinus' system was based chiefly on Plato's theory of idea, but whereas Plato assumed archetypal ideas to be the link between the supreme deity and the world of matter, Plotinus accepted an Oriental doctrine of emanation, of the constant transmission of powers from the Absolute Being, or the One, to the creation through several agencies, the first of which is nous or pure intelligence, whence flows the soul of the world; from this, in turn, flow the souls of men and animals, and finally matter.

Man thus belongs to two worlds, that of the senses and that of pure intelligence. Inasmuch as matter is the cause of all evil, the object of life should be to escape the material world of the senses, and hence man should abandon all earthly interests for those of intellectual meditation; by purification and by the exercise of thought man can gradually lift himself to an intuition of the nous, and ultimately to the complete and ecstatic union with the One, that is God.

Plotinus claimed to have experienced this divine ecstasy several times in his lifetime. 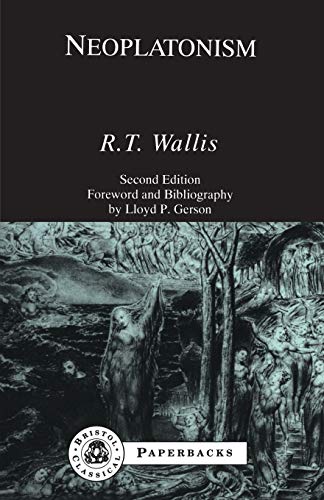 Neoplatonism, one of the most influential philosophical and religious schools and an important rival of Christianity, was founded in the 3rd century AD by Ammonius Saccus and his more famous disciple Plotinus. Plotinus based his ideas on the mystical and poetic writings of Plato, the Pythagoreans and Philo (Philo Judaeus was a Jewish-Hellenistic philosopher who combined Greek philosophy, particularly Platonic and Pythagorean ideas, with Judaic religion in a comprehensive system that anticipating Neoplatonism and Jewish, Christian and Muslim mysticism). The main function of philosophy, for him, is to prepare the individual for the experience of ecstasy, in which he becomes one with God. God, or the One, is beyond rational understanding and is the source of all reality.Plotinus expounded a theory which is largely an extension of Plato's doctrine (hence being called Neoplatonism). God is absolutely transcendent; he is the One above all change and beyond our knowledge. Since God must eternally be the same, He must necessarily have created the world. According to Plotinus, the thought of God (Nous), is in some way an emanation from God. The The World-Soul in turn emanates from Nous and individual souls from the World-Soul. Below the sphere of soul is the material world, furthest removed from the oneness and intelligibility of God.The universe emanates from the One by a mysterious process of overflowing of divine energy, in successive levels. The highest levels form a trinity of the One, the Logos, which contains the Platonic forms, and the world soul, which gives rise to human souls and natural forces. The farther things emanate from the One, according to Plotinus, the more imperfect and evil they are and the closer they approach the limit of pure matter. The highest goal of life is to purify oneself of dependence on bodily comforts and, through philosophical meditation to prepare oneself for an ecstatic reunion with the One. Neoplatonism exerted a strong pantheistic influence on medieval thought.Its practitioners sought to reconcile the philosophy of Plato with Christian beliefs. The concept of a God which he put forward had a deep influence on early Christian theology.