Who Was President James Buchanan?

Looking for great YouTube video clips, books, and free worksheets and lapbooks for teaching and/or learning about President James Buchanan? Here you will find my favorite picks we used while studying the individual Presidents of the United States.

Just the Facts on Our 15th President

Elected President Because He Missed a Debate

Buchanan was nominated to be the Democratic presidential candidate since he had been in England during the Kansas-Nebraska debate and had therefore never publicly stated his view on the issue.

Two days after Buchanan's inauguration, the Supreme Court delivered their decision on the Dred Scott case, with the conclusion that slaves do not hold the rights of a citizen and that Congress did not have the right to exclude slavery in the territories.

Forcing Congress to Admit Kansas as a State

Buchanan used both legal and illegal means to force Congress to approve the statehood of Kansas where major, bloody battles erupted between pro-slavery settlers and Free-Soil settlers, who were opposed to slavery and made up the majority of the state. Later in his presidency, Buchanan was investigated and deemed guilty of bribery and extortion throughout his term by the Covode Committee. He was never impeached, though.

The Panic of 1857 broke out due to the large amounts of goods purchased from England, railroad construction, land speculation in the West, draining the supply of American coins. The financial crisis had less of an impact on Southerners, who mainly led an agricultural way of life. Buchanan insisted on offering "reform not relief" with the government continuing its public works but not adding any new projects.

Failing to Stop the Secession

In October of 1860, Buchanan was warned that if Lincoln was elected as President, at least 7 states would secede. Buchanan called for immediate action, but Congress refused to allow for federal troops & artillery to be deployed to those states to protect federal property.

Without direct orders from Washington, Major Robert Anderson, moved his command to Fort Sumter. Buchanan attempted to send reinforcements to the fort, and South Carolina opened fire, sending the ship back to NY. Buchanan continues to be criticized for not doing more to prepare for or prevent the impending war.

1860
-Mail delivered by Pony Express
-Abraham Lincoln elected as 16th President. Buchanan sent a note to Lincoln saying, "My dear sir, If you are as happy on entering the White House as I on leaving, you are a happy man indeed."
-South Carolina seceded, declaring itself a "independent commonwealth"

1861
-SC opened fire on Star of the West as it attempted to supply Fort Sumter
-Kansas admitted as 34th state
-Mississippi, Florida, Alabama, Georgia, Louisiana, & Texas seceded from the US
Confederate States of America formed

When searching out YouTube video clips that provided helpful information about James Buchanan and were completely child-friendly, these were our favorites.

James Buchanan: Fifteenth President 1857-1861 (Getting to Know the US Presidents)
This was our favorite picture book on Buchanan. It presents the information on Buchanan in an interesting manner and has fun illustrations that keep the attention of even my younger children.
Buy Now

James Buchanan: Fifteenth President of the United States (Encyclopedia of Presidents) by Marlene Targ Brill is a good option to use if you are looking for a book for a report. This 100 page biography was our favorite of the longer books on Buchanan. It is full of political cartoons and portraits and is slightly more interesting than many of the other children's biographies.

How to Draw the Life and Times of James Buchanan (Kid's Guide to Drawing the Presidents of the United States of America) by Melody S. Mis is nice because it combines drawing lessons with the events of Buchanan's life and times. Each page spread has one to three paragraphs about something from his life (the home he grew up in, John Brown's raid, etc.), and then the opposite side has step-by-step drawing lessons so you or your child can draw the picture.

John Brown's Raid on Harper's Ferry (Graphic History) by Jason Glaser covers John Brown's Raid with plenty of factual information and includes comic book-style illustrations, which my boys love. This would be a good option to read since it occurred during Buchanan's presidency.

We found these to be helpful when creating a notebook, lapbook, and cooking project on President James Buchanan

Presidents Lapbook provides free lapbook pages for each of the Presidents of the United States. This is ideal if you are simply looking for one page to use to give a quick overview of each President.

Presidential Statistics and Points of Interest includes an overview of James Buchanan's life and some fun points of interest.

The day before he died, Buchanan stated that "history will vindicate my memory." He was not accurate, however, as numerous historians continue to criticize him for his inability or unwillingness to prevent the secession.

Where was James Buchanan buried? 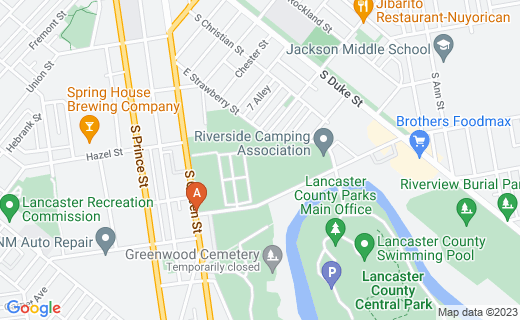 Do You Think James Buchanan Was a Good President?

What first comes to mind when you think of James Buchanan? - Or just let me know you dropped by. I LOVE getting feedback from you!