Who Was President James Madison?

Madison for Teachers, Students, & All Who Love to Learn

Looking for great YouTube video clips, books, and free worksheets and lapbooks for teaching and/or learning about President James Madison? Here you will find my favorite picks we used while studying the individual Presidents of the United States. This is part of a series of lessons I posted on individual Presidents. You can find links to all the lessons at President's Day Unit Study .

Do You Think James Madison Was a Good President?

Just the Facts on Our 4th President

We found these to be helpful when creating a notebook and lapbook and adding in a cooking activity. I love anything that is both edible and educational!

Presidents Lapbook provides free lapbook pages for each of the Presidents of the United States.

Presidential Statistics and Points of Interest includes an overview of James Madison's life and some fun points of interest.

James Madison: Fourth President 1809-1817 (Getting to Know the US Presidents)
This does a great job at giving an overview of Madison's life and focusing on the events surrounding his presidency. The illustrations are fun and appeal to both younger and older children. My 10 year old son loves the humor of many of the doodles throughout the book.
Buy Now

James Madison (Jr. Graphic Founding Fathers) by Sandra Dooling was a favorite with my boys (ages 9 and 6) who love any books that have comic book style illustrations (graphic) like this one. I love that it still includes plenty of historical information.

James Madison and Dolly Madison and Their Times by Robert M. Quackenbush is a longer picture book and is less colorful than some of the more modern books, but it is definitely worth reading! The author pulls out many interesting tidbits about the Madisons and presents it in an engaging manner. Even my 4 year old enjoyed it. We learned quite a bit from the book.

A Fine New Home for Young James Madison by Ann M. Ferguson includes a story from Madison's childhood and how it shaped him to be the man that he became.

Dolley Madison Saves History (Graphic History) by Roger Smalley is a comic book style (graphic illustrated) story of the heroic actions of First Lady Dolley Madison during the War of 1812.

The Story of the Star-Spangled Banner (Graphic History) by Ryan Jacobson was the favorite pick on the story of the Star Spangled Banner with my boys (ages 9 and 6). As usual, they gravitate toward books that have comic book style illustrations (graphic) like this one. I love the books in this series because they do include so much information as well. This includes the events that led up to the Battle of Fort McHenry, how and why Francis Scott Key wrote the Star-Spangled Banner, and also how his poem became America's national anthem. 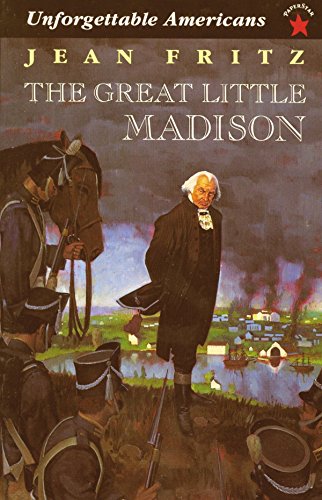 The Great Little Madison (Unforgetable Americans)
The author does a great job at making James Madison seem like a real person, complete with struggles (like his height) and what he does to endure through the many struggles he's faced with throughout his life. This book is 166 pages.
Buy Now

The Diary of Maggie, A Madison Mouse by Peyton Cockrill Lewis is a cute 122 page chapter book that is written from the perspective of a mouse living at the time of Madison. It reminds me quite a bit of "Ben and Me" about the mouse who helps Benjamin Franklin.

Dolly Madison: Quaker Girl (Childhood of famous Americans) by Helen Albee Monsell is a wonderful illustrated chapter book about the childhood of James Madison's wife, Dolley. It has black and white illustrations every few pages and is perfect for an elementary aged child to read.

1811
-William Henry Harrison defeated Tecumseh at the Battle of Tippecanoe

James Madison: The Father of the Constitution

President During the War of 1812

Between 1812-1814, America was at war with England in the war known as the War of 1812. This occurred after Englad refused to stop attacking U.S. ships. During this war, the White House was burned. Dolley rescued a famous portrait of George Washington along with a number of important documents like the Declaration of Independence. Francis Scott Key penned the The Star-Spangled Banner after seeing the flag still standing over Fort McHenry. The Treaty of Ghent was signed to end the War of 1812, though fighting continued (such as Andrew Jackson's defeat over the British at New Orleans) even after the treaty was signed.

James Madison was the first president to wear long pants. All the presidents prior to him wore knee breeches.

Second Bank of the United States

It was during Madison's presidency, in 1811, that William Henry Harrison fought Chief Tecumseh at the Battle of Tippecanoe. He would later become the ninth President of the United States.

When searching out YouTube video clips that provided helpful information about his presidency and were completely child-friendly, these were our favorites.

James Madison from the History Channel's The Presidents

James Madison retired as President to his family home of Montpelier, where he would struggle financially for the next 20 year. He died at Montpelier and was the last of the Founding Fathers to pass away. He was buried in the Madison Family Cemetery at Montpelier and his grave still lies in the family plot, accessible only by a dirt road.

Where was James Madison buried? 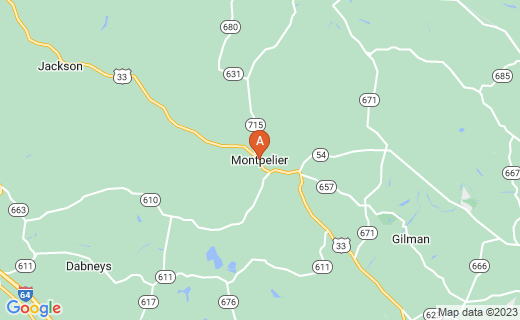 What first comes to mind when you think of James Madison? - Or just let me know you dropped by. I LOVE getting feedback from you!