The relationship between religion and science is a centuries old dialogue that is still on going. So is the Nature Vs Nurture Debate, on going particularly last 2 centuries.

These two dialogues and debate are parallel and often intersecting relationship, with a strong cultural bias, when competition rather than complimentary are emphasized in the western society vs eastern.

scientific method basically relies on reason and empiricism, religion also seeks (at times, primarily) to acknowledge revelation, faith and sacredness. But it is the cultural perspective that introduces a different attitude of incompatibility, betweens the artistic and the scientific minds as a dominant perspective.

The nature versus nurture debate concerns the relative importance of an individual's innate qualities versus personal experiences ("nurture," i.e. empiricism or behaviorism) in determining or causing individual differences in physical and behavioral traits.

Oh, I almost forgot ! One of the four prsenters below on this two parallel dialogues, is Obama. You heard the name I am sure as he seeking reelection as President of USA. The other three brief video presentation below i are not associated with any elected office.

Science Vs Religion relations with Nature Vs Nurture

On going into the 21st Century

Recently, two great minds, scholars, B.F. Skinner, and W.O. Wilson, both noted scientists debated "nature vs nurture" post World War II period. Wilson is still alive today as of this writing. Skinner favored "enviornment and culture" as a key determinant on an individual and community where as Wison favors genetic inheritance and disposition.

I have provided four brief Utube presention, with a thoughtful perspective to bring knowledge to the table for your consideration as to who makes the most important argument that is high priority for each of us, on a indivdiual, community, and national basis here in America.

There are three scholars or leaders in academic and government featured here after reviewing quite a few that are available on both of these two topics as I have introduced briefly each of the three leaders. The fourth, on the "nature vs nurture debate", I selected the best quality brief video I found as this is a topic I have covered in my community tv show, with guest sientist interviews, including one Nobel Prize winner in Medicine, Dr. Marshal Nirenberg (Nobel in Medicine, 1968).

But this is an on going discussion and debate. I hope you find these four short videos as thougtful and consideration as I have found them. But you be judge of priority, which of the 4 should be 01 and which 04 ?

My first lens on this topic is the video I presented earlier, "Dancing in the Flames of Present, Eye on Future: A TED Idea For Americans, Beyond Spreading

Now, listen, see, and you choose rank the presentations as to which deserves our highest attention for (a) healthier community, and (b) prosperity as we need in America today to tomorrow.

This then is a continuation for further knowledge and inspiration.

Climbing on the Shoulders of a Great Mind--B.F. Skinner who addressed the GIs Coming Home from WWII - It's a great time now to address the GIs coming home from

Yep, we visited Walden Two with B.F. Skinner Party. Yep, this is a scientist's design for better world . - Now after a generation has passed, we know what was m

Ok, ok, GIs , you want to see Walden Three for yourself ? - No, you can't come home again ! B. F. Skinner is dead now. We must find a new group leader to take u

As for a second possible answer, consider the insight from two "great minds' in the "nature vs. nurture" debate of the late 20the century generation: E.O. Wilson Vs B.F. Skinner.

Nature holds the key to our aesthetic, intellectual, cognitive and even spiritual satisfaction.

Give me a child and I'll shape him into anything.

It's obvious that the key problem facing humanity in the coming century is how to bring a better quality of life - for 8 billion or more people - without wrecking the environment entirely in the attempt. 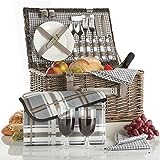 Science vs Religion and Nature vs Nurture Comments most welcome - Appreciate, share and learn as we go for healther community with community spirit building