Ways to Memorize lines for a Stage Play

Tips, tricks and methods first time actors can use to help them memorize lines for a stage play. From how to highlight your script - what to memorize, how to memorize with some mental tricks and practices to assist you in visualizing the words on your script and making them easy to remember.

Tips and Tricks for memorizing lines for the Stage

How Do I Learn Lines for the Theatre?

(Some Memory Tips and Tricks)

I am often asked "what is the best way to memorize lines?" I don't know if there is a "best" way but I can tell you what I along with others do. But first, if you'll recall, under the subject of "highlighting" of lines, I mentioned it was a good idea to highlight the lines or actions just before your lines. Case in point: I did a play with an amateur actor who highlighted his lines and memorized them in advance (so we all could see how dedicated he was). The rehearsal began and our dedicated actor was completely lost. Why? Yes, he knew his lines, however he did not know "when" to say them. He neglected to memorize his "cues". What's a cue? That is the line or action that prompts your line.

PERSON 1: How are you today?

If you are playing Person 2, it's kinda important to respond to Person 1. The only way to do that, is to know Person 1's line. Not only must you know your own lines, but you must also know the lines that come before them. The lines that come before your lines are your cues. Hence my suggestion of highlighting your cues in another color. I suggest 'another color' to prevent you from accidentally reading those lines in rehearsals, because it will happen. I've done it.

The wind blows through the open window and extinguishes the burning candle.

PERSON IN THE DARK: Oh great! The candle went out!

Here you are "Person In The Dark" and as you can see, your cue is not another line that is spoken or any kind of sound you will hear. It will be something you will "see." It's a cue based on an action. One of the hardest things to remember is a cue from some type of action.

In most cases, the actual "wind blowing through the window extinguishing the candle" will not be actually happen until the "Tech Rehearsals."

Novice Note: "Tech Rehearsals" (Technical Rehearsals) are usually the final rehearsals the week before the play opens. This is where the all the Lighting cues, Sound cues and other Effects (wind and candles) are worked out.

Until you get to Tech Rehearsal, hopefully someone will follow along in the script and read any "action" cues out loud so you will be aware of them. I have spent what seemed like hours on stage in a rehearsal waiting for someone to say a line only to find out it was an action cue. It's a good idea to be familiar with the lines leading up to any kind of action whether it's a lighting change, sound effect etc.. For instance, going back to the candle being blown out by the wind, if the line just before it is - "My! It sure looks windy out there!" You may want to be aware of it.

OK. Now that I've made you aware of what to memorize, let's get back to methods to help you memorize.

The first thing many actors do is the read the script a few times. Next step is to re-read the scenes in which you have lines -those will be the pages where your lines are highlighted in yellow. While you are re-reading these scenes, look for easy bits to remember such as responding to a question. Perhaps another character asks you something. "How are you today?" and your line is "Just fine." Or they ask "Where did you put the gun?" and your line is- "I threw it in the river." In lines such as these, your cue is a question and you simply respond. Responses to questions are easy to remember. Aren't they? Yes, they are.

Another trick is to pay attention to the subject of the lines just before your lines. Look for clues. In many cases, your line will contain a word or idea that relates to your line.

SALLY: The trees look oh so lovely in fall.

DICK: Yes they do. I must get wood for the fire.

In this case, it's easy to see the cue for Dick's line is relative to Sally's line. The subject of her line is "trees." Dick responds to her statement and then seems to begin a new subject about "wood for the fire," but we can see it's the idea of "trees" that cue "wood." This is what I refer to as Cue /Clues: A subject in one line relates to the thought in the next. Cue/Clues are also easy to remember.

Once you search your script for easy Question/Answer lines and Cue/Clues you can move on to other advanced memory games.

In my early days on the stage, I was given a great technique that I still use today. It's very similar to the Cue/Clue example I sited above of relating one subject to another. I was a novice actor in a fairly large role and I was having trouble with a short monologue because I had to rattle off a list of items. Lists can be difficult to remember. One of the actors took me aside and suggested I tried to visualize each item in the "list" and connect it or relate it with the next item.

GEORGE: When I was a kid I had a bicycle, a wagon, a dog and a purple umbrella.

The actor told me instead of thinking of the words as one item followed by another, instead picture them as one big item. The key word here is "picture." If you can see a picture or image of something in your mind, instead of a list words, it makes it easier to recall from memory.

In the example above, the list contains a bicycle, a wagon, a dog and a purple umbrella. So I pictured myself as a kid riding a bicycle. And the bicycle was pulling a wagon. And in the wagon was a dog. And since I didn't want to ride too fast, there was a purple umbrella on the back of the wagon to act as a parachute. One picture of many items related together instead of a list of words on paper.

I have used this method of "picturing" to help me memorize ever since, especially long monologues. Most monologues contain "ideas" such as Hamlet's famous monologue which begins "To be or not to be." The main idea is "death" and Shakespeare uses different metaphors as ideas to express the characters question about life and death and those ideas can be broken down into images.

In most monologues, the character is talking about a subject made up of ideas. And this idea will lead to that idea, etc.. This is structure very similar to a list, only it's ideas instead of things. The kid riding the bicycle (first idea) that's pulling a wagon (second idea) and so on.

Going back to Hamlet's "to be or not to be" speech: the subject of course is death. The very first idea is the question of " to be" or "not to be". This leads to the next idea of "slings and arrows" and on to "take arms against a sea of troubles". Since you know the subject is death, you can relate the images of "slings and arrows", which of cause death. And "take arms" which are weapons, again it relates back to death. Or you can picture arrows flying out into the sea or whatever image you would like to help you build up the list of ideas.

Sometimes, you may have ideas that are not connected. A scene between 2 or 3 people in which they seem to be talking about 2 or 3 different things. For instance - I was in a Neil Simon play where a husband and wife arrive at a friends home . As the scene begins the wife is commenting about the furnishings of the house and the husband is talking about how hungry he is and is wondering if they have any snacks. At least two pages of dialogue between the husband and wife that had no real connection or ideas relating to each other. Two different subjects with no easy question/answers or Cue/Clues. I simply created mental images triggered by the other unrelated lines. I created my own Cue/Clues.

WIFE: I bet she keeps all her jewels in a safe!

HUSBAND: I can't get this pretzel bag open!

WIFE: She has a dozen real diamonds you know!

HUSBAND: These peanuts are unsalted! Who buys unsalted peanuts?!

Based on the Wife's line about "jewels in a safe" , I needed something to cue my line; "can't get this pretzel bag open" .

So, I thought about an image of "jewels in a safe" and connected it with "pretzels" in "bag".

The jewels are locked away in a safe and you cannot open a safe. The pretzels are in a bag. I can't open the bag.

For the next line, I visually connected "a dozen real diamonds " to "peanuts are unsalted!"

Another method I often use is a tape recorder. You can record yourself reading the cue lines followed by your own lines. And then listen to the tape over and over, while driving or working or whatever. Much in the same way you learn the words to a popular song or a commercial jingle from hearing it over and over. Repetition is the key. Repetition is the key. Personally, I only tape myself reading the "cue" lines and then I read my lines silently to myself, allowing the tape to be blank for the time where my line is spoken. I play the tape and say my lines out loud during the blank spaces.

Another method is to simply read the script and cover up your lines with a piece of paper. As you come to your cue line, (which is highlighted in a different color) say your line and then you can move the paper to see if you were close.

It's best to try all of these methods and find the one that works for you.

Great Stuff on Amazon - books you can read

Books that explore and expand the world of stage acting

Your Memory : How It Works and How to Improve It
Buy Now 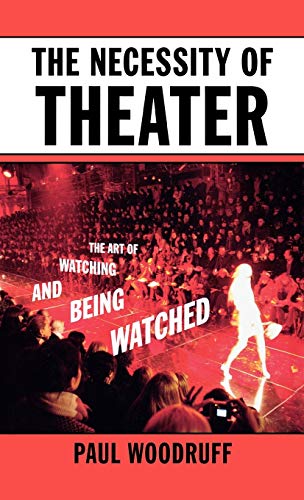 The Necessity of Theater: The Art of Watching and Being Watched
Buy Now