The Strangest Laws of Old England

Charles Dickens said: "The law is an ass, an idiot."

England has so many ancient and very strange laws, but in their day, they made absolute sense. Today, those laws of old England may still exist, some are gradually being repealed by the Law Commission.

The Law Commission was formed in 1965 to keep the law under review and to recommend reform where it is needed, it responsible for sifting through the aged and irrelevant laws of England and bring them up-to-date or repeal them, that is to remove them as laws.

Imagine a team of law reformers whose job it is at the Law Commission to wade through them ancient dusty old statute books, looking for strange English laws and then add them to a Repeal Bill. They haven't the authority to cross them out and have to be passed by Parliament every few years.

As an example; a law introduced in 1307 ruled that the head of any dead whale found on the British coast becomes the property of the king and the tail belongs to the queen - should she need the bones for her corset. To provide a snapshot in history of 1307, Edward I died on 7th July 1307 on the way to Scotland to conquer Robert the Bruce. The old King's dying request was that his son should carry his bones with him in battle until Robert was defeated.

By 1800 in England some two hundred crimes were punishable by death. The list included forgery, horse-stealing, sheep-stealing, picking pockets, stealing five shillings (25p/75 cents) from a shop, damaging Westminster Bridge, and impersonating a Chelsea Pensioner not to mention treason, murder, and attempted murder.

Throughout the whole of England it is still illegal to eat mince pies on the 25th of December.

It is an act of treason to place a postage stamp bearing the British monarch upside down.

All English males over the age of14 will carry out 2 hours of longbow practice each weekend; this will be supervised by the local church official. This law dates as far back as the middle ages when there was no regular British army and the local gentry were ordered to train a quota of knights, archers, infantry, etc.

The archery range in each area was set up in a safe area, usually at the bottom of a field, generally called a 'bottom' and many of these sites still exist, such as 'Trotters Bottom' in Hertfordshire.

In the city of York, it is quite legal to murder a Scotsman within the ancient city walls of York if he is carrying a bow and arrow. Excluding Sunday.

In Hereford you may shoot a Welsh person all day, but only on Sunday, and only with a Longbow, as long as he is in the Cathedral Close.

In Chester Chester you can only shoot a Welsh person with a bow and arrow inside the city walls and only after midnight. 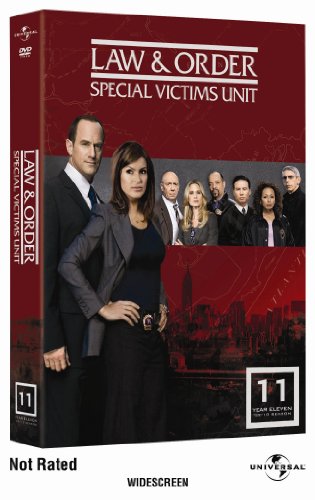 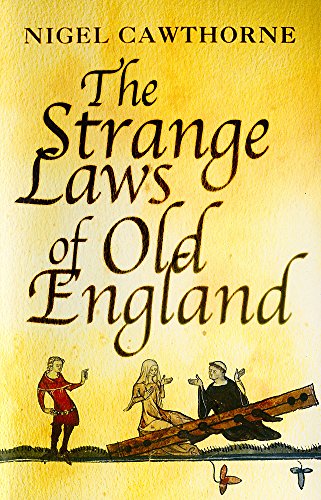 It is illegal for two adult males to have sex in the same house as a third person. However, it is okay for women, this law was introduced to outlaw "molly houses" in the late 16th Century. These were ‘houses of ill repute’ where homosexuals committed acts that were considered a moral threat.

A bed may not be hung out of a window.

It is illegal for a lady to eat chocolates on a public conveyance.

Any boy under the age of 10 may not see a naked mannequin.

It is illegal to leave baggage unattended, and picking up abandoned baggage is an act of terrorism.

Those wishing to use a television must apply for a license.

It is legal for a male to urinate in public, as long it is on the rear wheel of his motor vehicle and his right hand is on the vehicle.

Committing suicide is classified as a capital crime. (Repealed)

IN 1647, the English parliament passed a law that made Christmas illegal. Christmas festivities were banned by Puritan leader Oliver Cromwell, who considered feasting and revelry on what was supposed to be a holy day immoral. Anybody caught celebrating Christmas was arrested. The ban was lifted only when the Puritans lost power in 1660.

It is illegal to be drunk on Licensed Premises such as an inn or ale house.

London Hackney Carriages (taxis/cabs) were required by law carry a bale of hay and a sack of oats. This was because they were originally horse drawn, this was repealed in 1976, even so, until then it was illegal for a taxi not to carry hay and oats.

It is still illegal for cab drivers to carry rabid dogs or indeed corpses and by law they must ask each and every passenger if they have smallpox or 'The Plague', yes, even to this very day!

Perhaps because these are brave men who fought for England, others less brave, or indeed fraudsters dressed and behaved like those heroes to claim undeserved pensions and privileges made it illegal to impersonate a Chelsea pensioner; at one time this was punishable by death.

It is still an offence to beat or shake any carpet rug or mat in any street in the Metropolitan Police District, although you are allowed to shake a doormat before 8am.

Londoners are not allowed to keep a pigsty in the front of their homes.

It is illegal for a Member of Parliament to enter the House of Commons wearing a full suit of armour.

John Hetherington, a London hatter in 1797 proudly showed off his latest creation – the Top Hat, and attracted a massive crowd. Unfortunately a small boy received a broken arm whilst several women fainted among the sound of boos and hisses.

Hetherington was arrested and charged with breaching the King's peace and "appearing on the public highway wearing upon his head a tall structure having a shining lustre and calculated to frighten timid people". He was fined Â£50 and found guilty.

It is illegal to die in the Houses of Parliament.

Until relatively recent years it was illegal to sell almost anything on a Sunday with the clear exception of carrots. Car showrooms, DIY and furniture warehouses that wished to open their stores on a Sunday began selling carrots for thousands of pounds each, but you got a free car, kitchen or whatever the store sold.

It was legal to buy and sell dirty magazines on a Sunday, but not a Bible.

It was illegal for a British traditional fish and chip shop to open on a Sunday but not for a Chinese take away, and they could sell fish and chips.

It is often written that the well used saying "rule of thumb" is derived from an old English law which stated that it was illegal to beat your wife with anything wider than your thumb.

I've search and searched for authentic documentation relating to the 'rule of thumb' and wife beating but failed - however, I have found that the saying comes from a carpenter using his thumb as an accurate measure. Rule - being 'ruler' as in the measuring stick. His rule was his thumb.

Okay, I know this as gone off topic, but I wanted to debunk the 'rule of thumb' in old English law.

A pregnant woman in England can legally relieve herself anywhere she feels necessary – even in a policeman’s helmet - it is against the law to refuse ( I wouldn't suggest trying it!!)

A baker cannot refuse to give a pregnant woment breadrumbs.

A Pharmacist cannot refuse a pregnant women the ues of their toilet.