Subjectivism is the philosophical theory that ascribes to the individual mind or subject and its sensations,, ideas, attitudes, feelings, emotions, and beliefs a privileged or preeminent status in the world order and in our knowledge of that order. The subjectivist theory has been influential in several philosophical disciplines, especially the theory of knowledge and value theory. 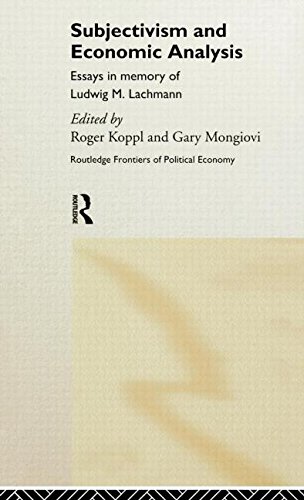 In the theory of knowledge, or epistemology, subjectivism asserts that all knowledge starts with the private sensations, ideas, or sense data of the individual mind. The restriction of the knowing mind to the closed circle of its own sensations and ideas, with which alone it is immediately acquainted, has been called the "egocentric predicament," from which, according to the extreme subjectivist or solipsist, there is no escape. Less extreme subjectivists, however, admit an indirect or inferential knowledge of the external world and of other minds.

The subjectivist theory was widely held in the early modern period, particularly in the 17th and 18th centuries, and was shared by most of the major philosophers, including Galileo, Thomas Hobbes, Rene Descartes, John Locke, George Berkeley, and Gottfried Wilhehn von Leibniz. Descartes and Berkeley were the two most influential figures of the subjectivism of early modern philosophy. Descartes, beginning with a skepticism grounded on the deceptiveness of the senses, sought to justify the indubitable certainty of the existence of himself and his thoughts. The subjectivism embodied in Descartes' Cogtto ergo sum (I think, therefore I am) constituted a challenge to all modern philosophers after him. Berkeley, the most typical exponent of modern subjectivism, formulated the subjectivistic argument in his famous formula esse est percipi (to be is to be perceived). He argued that all qualities of external things, and hence the things themselves considered as collections of such quantities, exist only insofar as
they are perceived by a conscious subject. On this subjectivistic foundation he established an idealistic metaphysics that denies the existence of material objects and reduces reality to minds and their ideas.

Idealistic movements of the 19th and 20th centuries reflect the transcendental idealism of Immanuel Kant, which radically transformed the older subjectivism of Descartes and Berkeley. Kant replaced the earlier conception of an individual, personal self in which perceptions and ideas are resident with that of a transcendental self that imposes the a priori forms of space and time and the categories, especially of substance and causality, on the phenomenal world. This higher subjectivism of Kant provided the point of departure for 19th century systems of absolute idealism, notably those espoused by Johann Gottlieb Fichte, Georg W. F. Hegel, and Arthur Schopenhauer.

In the 20th century, philosophy witnessed a reaction against subjectivism of both the Berke-leian and the Kantian types. The leaders of this revolt were George Edward Moore, Bertrand Russell, Charlie Dunbar Broad, and Alfred North Whitehead. Mid-century British analytic philosophy represented by Ludwig Wittgenstein, Gilbert Ryle, and Geoffrey James Warnock employed the techniques of linguistic analysis in the critical examination of subjectivism.

In ethics, aesthetics, and theories of value, subjectivism is a natural extension of subjectivism in the theory of knowledge. If sense qualities are private and relative to the knowing subject, then the ethical and aesthetic values of goodness and beauty, since they are resident in perceived actions and works of art, are similarly subjective. Subjectivist approaches have dominated 20th century ethical discussions in particular. Ethical questions have tended to be framed in terms of individual emotional response to a moral judgment rather than in terms of objective rightness or wrongness.