Supernatural Powers and Indian Yogis in the Himalayas

Great epic Ramayana of India gives us an idea of how Hanuman exhibited his supernatural powers. He was a Brahamachari (celibate) with self-control, a strong man with unlimited powers, an unmatched scholar and a great devotee of Lord Sriramchandra. Even to this day, people in India chant the Hanuman chalisa everyday to get rid of the evil. Daily chant of this mantra helps them overcome all sorts of trouble they face in life. Hanuman was granted the boon to stay alive on earth as long as Lord Ram's name was chanted. He is a chiranjeevi(immortal) as well as Brahmachari. He got the divine knowledge of vedas and the shastras from Sun god himself. He appears in places where Ramayan discourses are offered to the community.

Siddhis are the gained Supernatural powers, Sadhana is the path of attaining of the siddhi which a Sadhak (Person who wants to gain powers) involves in his routine life.

Hanuman had almost all the Supernatural powers or Siddhis. He is a Chiranjeevi(man who has no death), according to indian epics Ramayan and Mahabharatha. He is still existing but unseen by the people of modern world.

Himalayas, the famous mountain range at the north of India is also a sacred place for many. In Kailas parvath, it is said that Lord Shiva is residing. There are many yogis still meditating in the caves of Himalayas. They are totally isolated from the modern world. They have the power to resist extreme weather conditions of the Himalayas.

Patanjali, a sage of ancient times wrote in his scriptures about the eight siddhis, what we call supernatural powers.

1. Anima- The siddhi by which a yogi reaches a minute state. As small as an ant or totally invisible.

2. Mahima- The siddhi by which a yogi is able to be so big that he may even tear apart the clouds and looks as if he has reached the sun.

3. Laghima- Making the body as light as a feather or cotton. The power to levitate; to make yourself light so that one could float in the air or walk on the water.

4. Garima- Heaviest body like a mountain by swallowing draughts of air.

5. Prapti- Yogi attains the power to change any object from one state to another, as he desires. Can predict future events, gains the power of clairvoyance, clairaudience, telepathy, thought-reading, etc. He can understand any unknown language, the language of any beast or bird. He can cure all diseases.

6. Prakamya- Entering the body of another (Parakaya Pravesh).

7. Vashitvam- Power of taming wild beasts and bringing them under control. It is the power of mesmerising people by the exercise of will and making them obedient to one’s own wishes and orders. It is the restraint of passions and emotions. It is the power to bring men, women and the elements under subjection.

8. Ishathvam- Attainment of divine power. The Yogi himself becomes the Lord of universe.The Yogi who has this power can restore life in dead bodies.

Shankaracharya, the great Indian saint entered the dead body of a king called Amaruka of Varanasi. Shankara wanted to gain the experience of worldly life through that body.

Shankaracharya installed Srichakra in some of the temples in South India. These Srichakras have the power to defeat the evil spirits and blackmagic. They give away cosmic energy which are positive in nature. They have healing powers and prove very useful to the human beings. People believe that wishes are granted at those places where Shankaracharya had installed the divine Srichakra.

Swami Vivekananda was also a great spiritual leader. He was a great yogi who gave an inspiring speech at the World's Parliament of the Religions at Chicago on September 11, 1893. People gathered at the place were amazed to hear him address all the people as Brothers and Sisters of America. The divine glow on his face attracted everybody. Such is the mind of a person who embraces spirituality and becomes a yogi. Yogi is the person who wins over the six evils: 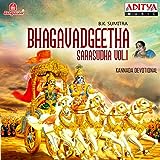 The control over mind and body activities :

In the Bhagavath Puran (a great epic), Srikrishna has stated that there are many ways to attain these siddhis. Control over breathing, by practising the Pranayama. Hathayoga or Yogasans and self-control, meditation, awakening of the Kundalini or divine power within the body are some of them. Only with the Guru's direction these siddhis are attained. Pure vegetarian diet is expected during the practice or even after attainment of these powers. Mind and body should be clear to concentrate and meditate. Krishna, in Bhagavad Gita has stated that the human body is just like a cloth that you wear. Once it is worn out, the soul leaves from that particular body and after some time enters the mortal world in the same form or other forms. Liberation form birth & death cycle is called Moksha and this can be attained by a total devotion to Sri Krishna during ones lifetime.

The short video below shows how a person gets the divine powers by meditation. There are 7 chakras in a human body. After purification of mind and body, Pranayama(control over breathing), continuous meditation and practising Hatha yoga for a long time, the Kundalini Shakthi in the body gets awakened at the bottom most Mooladhara chakra. When the person is able to rise the Kundalini shakthi to the top most 6th and 7th chakras, he will be able to attain the Siddhis or Supernatural powers.

Caution : It is very dangerous to awaken the Kundalini without the help of Gurus (experts in Hathayoga and meditation).

Kundalini rising from bottom to top : 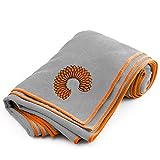