Many elegant sailing ships of yesteryear are referred to now as "tall ships," but that's not how they were known in their day. The current nickname came about because of the international Tall Ships' Races, which had their first event in 1956. Because of the worldwide appeal of the races, the generic term for most any type or era of tall sailing ships became known worldwide as "tall ships." But there are actually a variety of ship types that fall under the tall ships moniker.

I've detailed below many of the types of tall ships, which have these basic components in common: Where Are All the Old Tall Sailing Ships Now?

Many beautiful examples of historic tall sailing ships have been consigned to nautical history and lie at the bottom of oceans around the world, because of the hazards encountered on long sea voyages that often took months at a time.

It was common for ships to be blown off course or capsized because of severe storms or winds. And even if the ships made it to their destinations, the journeys weren't easy. Only finite quantities of fresh food and water could be carried in the ships' holds, so delay of planned stops to get new supplies had the potential to be disastrous. Pirates and disease also made ocean voyages perilous; perhaps not for the ships, but certainly for the crew and passengers. And older ships didn't have anything like the sophisticated boating safety equipment we have today, so they often experienced as fatal what we would consider merely inconvenient.

Fortunately, some beautifully preserved tall sailing ships still exist in maritime museums and other environments. And many more live on in literature, movies and history books. Scroll down to see examples of these.

Francis Bacon was known to have used the term "barque" as early as 1605, but this type of tall sailing ship existed long before that under the same name but with different spellings.

By the late18th century, barque (or "bark," which was the way it was spelled in America) referred to any vessel with three or more masts, fore- and aft-sails on the back mast and square sails on all the other masts.

"Blackwall frigate" was the common name given to three-masted, full-rigged tall sailing ships built in the 1800s.The first part of the name comes from the fact that these frigates were built at shipyards on the River Thames in Blackwall, England. Over 120 Blackwall frigates were built before production stopped in 1875, but few are left. In fact, in spite of being both comfortable and relatively safe for passengers, Blackwell frigates figure prominently in maritime shipwreck history.

Brigs have two square-rigged masts (the fore and the main, which is at the aft of the ship) and range in length from 75 to 165 feet. They were usually made of wood and therefore only lasted about 20 years, but later models were comprised of mainly iron or steel.

Brigs shouldn't be confused with brigantines, even though they were developed as variations of them. Shipbuilders found that by re-rigging brigantines with two square sails each instead of one, the resulting vessels had greater sailing power. These variations became brigs, which were used as cargo carriers and small warships with 10 to 18 guns.

(The Interceptor and the Enterprise were portrayed for the movies by the brig Lady Washington.) 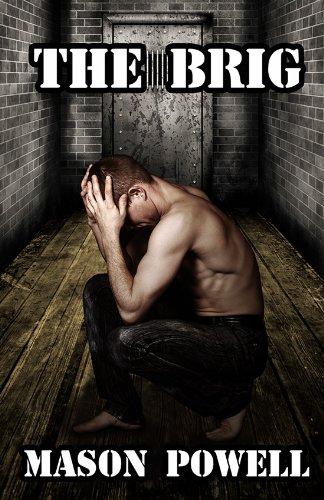 A brigantine is defined by its two masts, only one of which -- the forward -- is square rigged. It differs from its close cousin the brig by having square rigging only on the foremast, as opposed to a brig which has square rigging on both masts.

Originally favored by pirates, brigantines were small and had both oars and sails. By the 1600s, the Royal Navy coined the term brigantine to refer to small two-masted vessels that could be rowed or sailed, and were rigged with square sails on both masts. By the 18th century, however, the term brigantine had evolved to refer not to a ship type, but rather to its rigging: square rigged on the foremast and fore-and-aft rigged on the mainmast.

Brigantines, while beautiful, weren't known for their speed. They could only travel about 5 knots, which is the equivalent of 9 km per hour or 6 miles per hour.

The Ship-Yard of the Griffon a Briganti
Buy Now

Christopher Columbus was reputed to be enamored of this small sailing ship, which is backed up by the historical supposition that the Niña and Pinta were caravels. Columbus is said to have repeatedly praised his favorite ship, the Niña, for her "great speed, maneuverability, and safety."

It's hard to define the archetypal caravel because it has changed over the centuries. Early caravels had two masts and a reputation for being fast and maneuverable, but low in capacity. In the 15th century, its rigging was somewhat modified. But regardless of the changes, the caravel's small size and gently sloping bow has always made it useful in shallow coastal waters. Its sail configuration also gave it the ability to take deep wind, which allowed it to achieve great speed.

It's thought that the term "clipper" comes from the fact that unlike other old ships, the narrow bows of clipper ships allowed them to move quickly and cut their way through the water. This swiftness was tied to the word clipper because one of the definitions of "clip" is "to fly or move quickly." A clipper could move at 9 knots (17 km per hour or 10 mph), which was almost twice as fast as other merchant ships, which could only reach speeds of 5 knots.

Because of their small size, clippers were traditionally used to carry passengers or products such as tea or silk that produced large profits but took up relatively little space. They also were used to deliver the mail and were favored by pirates who took advantage of their quickness and small size. But in spite of their usefulness, the individual ships didn't last long. A clipper ship's life expectancy was less than two decades before it was broken up for salvage.

The Era of the Clipper Ships: The Legacy of Donald McKay
Buy Now

Schooners are characterized by their fore- and aft-sails on anywhere from two to six masts. (The only seven-masted schooner, the Thomas W. Lawson, is pictured at right on what is believed to be its maiden voyage in 1902. It sunk in 1907 and made history by causing the first serious maritime oil spill.)

First implemented by the Dutch in the 16th or 17th century, schooners were further refined in the early 18th century by North Americans. If you believe sea lore, the term "schooner" came from a spectator who watched one cut across the water and said, "Oh how she scoons." ("Scoon" is a Scottish word that means to skip or skim over water.)

Schooners were used to carry cargo on long ocean voyages, short coastal runs and even inland lakes. In fact, during the peak of their popularity in the late 19th century, more than 2,000 schooners moved cargo across the Great Lakes.

A sloop-of-war was a small sailing ship, which true to its name was used for warfare. It had one gun deck that could carry up to 18 cannons.

In the 18th and early 19th centuries, any ship over 20 guns came under a military rating system. But since sloops-of-war had fewer than 20, they were unclassified. Because of this a variety of ship types could be considered sloops-of-war, including brigs and cutters. Years later during World War II sloops were used for convoy defense and had anti-submarine and anti-aircraft capabilities.

The Tall Ships' Race happens every year in a different part of the world.To learn more about it, visit this Wikipedia page about the races.

2009: Vigo, Spain to Tenerife, Canary Islands to Bermuda to Charleston, USA to Boston, USA to Halifax, Canada to Belfast, UK

2012: Race one is from Saint Malo, France to Lisbon, Portugal; race two is from Lisbon to Cadiz, Spain; race three is from A Coruña, Spain to Dublin, Ireland

2013: Race one is from Århus, Denmark to Helsinki, Finland; race two is from Riga, Latvia to Szczecin, Poland