The Mekong River: Facts and History

The History, Geography and Cultural Significance of the Mekong River

The Mekong River in Southeast Asia is a river of epic proportions - it is the 12th longest world and surprisingly, despite travelling for 2703 miles through 6 countries, it is only the 7th longest in Asia. It is, however, more than just a monumental water source because it has a crucial influence on the lives of the 60 million people that co-exist with it and depend upon it for food and water.

To demonstrate the differing impacts this river can have and provide a better understanding about the history, geography and cultural significance of this waterway, here are six stories about the river and the countries it affects.

The River's Tale: A Year on the Mekong 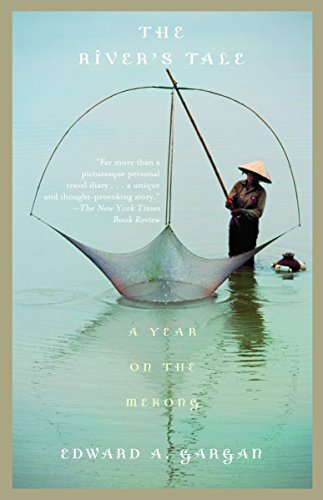 The River's Tale: A Year on the Mekong
Buy Now

The Importance of the Mekong River as a Trade Route (China)

The Mekong River, or the Lancang as it is more commonly known to the Chinese, plays an important role as it wind its way from its source at Qinghai and the melting, Tibetan snow plateau through to the start of the lower basin in Yunnan. It is an important connection the rest of Southeast Asia, the South China Sea and all the trading prospects they bring. It is believed that approximately 300,000 tonnes of goods are shipped to ports between Kunming and Bangkok, a statistic made even more staggering by the fact that there is a 50% reduction when the water levels drop significantly in the first half of the year, and the docks along the route are lined with vessels adorned with the Chinese flag.

Once it leaves China, the Mekong flows onward past Burma - otherwise known as Myanmar - for a 120 mile long stretch of the predominantly Buddhist state of Shan until it forms the Golden Triangle which compromises of the borders of Burma, Thailand and Laos. Despite this idyllic and tranquil sounding scenario, the reality is that this section of the river is dominated by tension, criminality and military rule. Here trade of a completely different kind is carried out across the water to smuggle drugs and contraband into Thailand. This business is so extreme that drug lords and militia are known to hijack boats and kill sailors to complete their transactions.

After this treacherous section in Myanmar, the river's next destination is Laos, a country that defines the geography and symbolism of the river more than any other. The etymology of the Western name Mekong is derived from Mae Nam Kong where Mae in the Laos language - as it does in Thai - signifies mother. This "mother" river is the lifeline of Southeast Asia and it is the Khone Falls in the South of the country where the watercourse is divided into the upper and lower regions. The other defining feature of this part of the landscape is that it forms the border between Laos and Thailand. Links between the two nations are becoming more commonly constructed but the first was the Thai-Lao Friendship Bridge which joins Nong Khai and Vientiane via road links and a railway.

No matter how much Thailand expands, develops and modernizes, it will always retain the essence of spirituality and ancient culture that make the country such an inspiring and much-loved destination. This cultural identity can be seen in the way that residents living on the bank on the Mekong River interact with the water and the mythology that has developed there. The legend of the Naga tells of dragon that rules the river and is supposedly responsible for the unexplained phenomenon of the Nong Khai fireballs. The dragon is revered by the local people and offered sacrifices during special ceremonies; however it has also become something of a tourist trap with photos of the beast hanging in hotels and restaurants. In reality, it is believed that the myth originated from a sighting of a madtsoiid snake and the photo is proven to be a hoax.

Following on from this spiritual side, the river once again has a more practical use once it reaches Cambodia. Here the river levels increase as it is joined by the Tonle Sap River and the vast diversity and numbers of fish present make the region ideal for fishing. It is estimated that as many as 1.2 million people are dependent on the fisheries of the Tonle Sap Lake where enormous species such as carp and catfish can be found.

Concern is, however, growing for the survival of these sources because the increasing number of damns and overfishing are having a detrimental effect on the biodiversity of the area. The Mekong is second in biodiversity after the Amazon and for a long time the river was full of a range of species from crocodiles and dolphins to otters and fishing cats but now the territories of many of these creatures - such as the Cantor's Giant Soft Shell Turtle - have been confined to Cambodia and the lower regions of the river.

The final stop on the river's journey is the Mekong delta of Vietnam where the river divides to form a number of tributaries and flows into the South China Sea.

Over the centuries, from the first Vietnamese settlement in the 1600s, the country has been influenced and ruled by a number of foreign parties - France and the U.S. being among them. The French involvement occurred from 1861 to 1893 following their expedition to Saigon - now better known as Ho Chi Minh City - which they captured in 1863. They then expanded their rule up to Laos and instigated the first Indochina war.

The second Indochina war came much later and while this name may be unfamiliar to some, it alternative name will not be forgotten - the Vietnam War. During this war the Mekong was once again put to practical use by U.S. troops for amphibious operations against the Viet Cong. 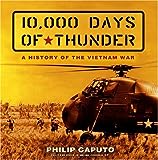 10,000 Days of Thunder: A History of the Vietnam War
Buy Now

Mekong, the river of nine dragons

Getting Ready for a Trip to the Mekong

Plan plenty of time to get ready before you travel to the Mekong River. You may need a Visa and a passport and vaccines to travel there. Check with your doctor for timelines.

Have you been to the Mekong River?