A Wish Tree is an individual tree that is used as an object of wishes and offerings. These trees are identified as possessing a special religious or spiritual value. By tradition, believers make offerings in order to gain from that nature spirit, saint, or goddess, the fulfillment of a wish.

I have created a virtual Wish Tree for my readers. Make your wish and I will add it to the tree. You can find it towards the end of the page.

The Wishing Tree in Portland, Oregon

The Lam Tsuen Wishing Trees is one of the popular shrines in Hong Kong near the Tin Hau Temple in Lam Tsu. Two banyan trees are frequented by tourists and the locals during the Lunar New Year. Previously, they burnt joss sticks, wrote their wishes on joss paper tied to an orange, and then threw them up to hang in these trees, believing that if the paper successfully hung onto one of the tree branches, their wishes would come true.

This practice was discouraged by the authorities after 12 February 2005, when one of the branches gave way and injured two people. Instead, wooden racks are set up in place for the joss papers to be hung while a period of conservation is imposed to help these trees recover and flourish.

The Hong Kong Morris, a morris dancing team based in Hong Kong, dances at the Wishing Tree on 1 May each year to celebrate the arrival of summer.

One belief held regarding wish trees is in their power to heal. For example, this was a rhyme one had to sing whilst sticking a pin first into one's warts and then into the tree:

Pray buy these warts of me.

This photo of two Ash trees fused together in Eglinton, North Ayrshire, Scotland looks like they've taken on a lot of warts!

A Wish Tree for the Environment in Scotland

The Wishing Tree
Grade 3-8–Ming and his grandmother have a tradition of visiting the Wishing Tree each Lunar New Year. Their wishes are written on special paper, tied to an orange, and tossed up into the branches of the tree. Ming's grandmother cautions him to wish thoughtfully, and following her advice, he realizes the fulfillment of all of his wishes except for one very important one: that his grandmother recover from a grave illness. Many years pass before Ming returns to the tree. He comes to forgive it when a friend points out that it has granted the wish his grandmother had made for him every year–that he be happy. Now the paper he offers to the tree is not a wish but rather a note of thanks. Thong's narrative voice has a gentle and musical quality that will lure readers into the book's pages, as well as into the landscape of this lovely little corner of China. Children will see in fastidious detail the beautiful wishing paper with its Chinese symbols and English translations. The rendering of the people is also superb. The exquisite art is done on watercolor paper with acrylics, which results in an unusual and vivid effect. A template for wishing paper is included in the back of the book. The lessons and observations in The Wishing Tree are ageless, and the book offers many opportunities for discussion.–Corrina Austin, Locke's Public School, St. Thomas, Ontario, Canada
Buy Now

Write it down on a piece of paper.

Fold it and tie it around a branch of a Wish Tree.

Ask your friends to do the same.

Until the branches are covered with wishes.

Yoko Ono: "As a child in Japan, I used to go to a temple and write out a wish on a piece of thin paper and tie it around the branch of a tree. Trees in temple courtyards were always filled with people's wish knots, which looked like white flowers blossoming from afar."

The Wish Tree has been a part of many exhibitions by Yoko Ono since the 1990s. People are invited to write their wish on a piece of paper and hang it to a tree branch. It's like a collective prayer in a way. Some wishes are deeply personal, some global wishes for peace and better future for humankind.

Yoko Ono: "All my works are a form of wishing. Keep wishing while you participate."

The Hindu God of Wisdom Sits Under a Wish Tree

Dakshinamurthy is an aspect of the Hindu God Shiva that is the personification of supreme or ultimate awareness, understanding and knowledge. Shiva in this aspect is a teacher of yoga, music, and wisdom and is therefore worshiped as the god of wisdom.

How to Make a Wish Tree 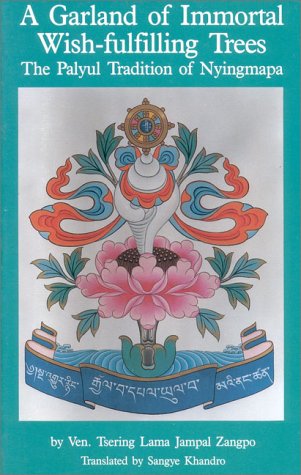 A Garland of Immortal Wish-Fulfilling Trees: The Palyul Tradition of Nyingmapa
In Tibet, six great mother monasteries uphold the doctrine of the Great Secret Nyingmapa. This is a comprehensive explanation of the Palyul tradition where the non-dual Great Seal Mahamudra-Great Perfection Ati Yoga and the Kama and Terma lineages are joined together as one great river of practice. H.H. Penor Rinpoche is the present head of the Nyingma lineage and the Palyul tradition.
Buy Now

The tree, with its branches reaching up into the sky, and roots deep into the earth, can be seen to dwell in three worlds - a link between heaven, the earth, and the underworld, uniting above and below. It is also both a feminine symbol, bearing sustenance; and a masculine, phallic symbol - another union.

For this reason, many mythologies around the world have the concept of the World tree, a great tree that acts as an Axis mundi, supporting or holding up the cosmos, and providing a link between the heavens, earth and underworld. In European mythology the best known example is the tree Yggdrasil in Nordic myth. In Norse mythology, Yggdrasil generally means "Ygg's (Odin's) horse".

A Wish Can Change Your Life: How to Use the Ancient Wisdom of Kabbalah to Make Your Dreams Come True
Engaging, innovative, and fresh, Gahl Sasson's approach to Kabbalah -- the ancient teachings of Jewish mysticism -- integrates mythology, scholarship, and practical exercises for seekers of both material and spiritual gratification. Based on his popular Tree of Life workshops, which incorporate meditation, dreams, and real-life synchronicities with myths, rituals, and philosophies from around the world, A Wish Can Change Your Life provides a universal path to finding and embracing all of life's riches. It teaches readers of every faith and religious background how to use the energies of the Tree of Life -- the blueprint for the creation of the universe -- to fulfill any wish, whether it is for material gain (a new car, a higher salary), personal improvement and pleasure (weight loss, a better job, more intimacy with a partner), or a life-changing message from God.
Buy Now 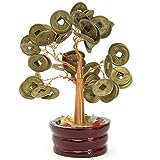 Ava Tree and the Wishes Three
The author of the Pony Pals series reaches out to a younger audience with this fantasy story. Ava discovers on the morning of her eighth birthday that she has the power to make her wishes come true when her pet rabbit, Tibbar, surprisingly knows how to use the toilet. Ava’s parents died in a car accident two years before, and since then she has lived with her adult brother, Jack, who is helping her prepare for her birthday party, where everything will be backwards. Ava’s best friend, Priscilla Purhfect, is not allowed to come because her mother thinks a backwards party is improper. But, thanks to Ava’s wishing power, Mother Purhfect changes her mind. Soon Ava realizes that she only has three wishes per day, and although her wishing power cannot bring her parents back, ultimately her new skill helps her cope with the loss. Dominguez’s appealing black-and-white drawings support the fairy-tale mood of the story. This light, sweet tale will attract newly independent girl readers in particular. Grades 2-4. --Monika Schroder
Buy Now

Make your wish here and I will put it on the virtual Wish Tree.