Anthropology Research Facility at the University of Tennessee, Knoxville

"The Body Farm", as the Anthropology Research Facility at the University of Tennessee, Knoxville, is more commonly referred to, was established in 1980 by Dr. William Bass as a research facility for forensic anthropology. Modern forensics ~ and the current TV shows about crime labs such as Forensics Files, CSI, NCIS, and Bones ~ all have their foundations in the research done at The Body Farm.

What Exactly Is A "Body Farm"?

The Body Farm (Anthropology Research Facility of the University of Tennessee, Knoxville) is an outdoor facility used for researching the decomposition of human remains in varying environmental conditions. It provides crucial information to law enforcement investigating murders and provides a real life instruction to Forensics Anthropology students and researchers.

In other words, they stick a lot of dead bodies out in the woods and see what happens to them.

What Is Forensic Anthropology?

Forensic Anthropology is the science of physical anthropology and human osteology used to identify human remains and their manner of death, usually as part of a criminal investigation.

How Does The Body Farm Contribute To Science & Criminal Justice?

The Anthropology Research Facility in Knoxville, Tennessee, collects data about the decomposition of human remains in varying environmental situations. This information allows law enforcement to make informed judgements about the time and manner of a victim's death. The information gleaned from research at The Body Farm contributes greatly to the successful incarceration of murderers and is also used to prove innocence in wrongfully accused people.

So You Want To Donate Your Body To The Body Farm...

"There is no cost to you or your family for the donation of your body to the Department of Anthropology if you are in Tennessee and within 200 miles of Knoxville."

Why Is It Called "The Body Farm" Anyway?

Well, calling it The Body Farm is a lot more fun than trying to get out "Anthropology Research Facility". Although I've read on the web that the nickname was given to it by Patricia Cornwell when she wrote her book of the same name, I tend to believe those that say it was the Knoxville Police who first gave it the nickname.

In any case, "The Body Farm" is what it's always been called by Knoxville residents.

A mystery/thriller by Patricia Cornwell that has been likened to "Silence of The Lambs".

Where Can I Read More About The Body Farm?

Death's Acre: Inside the Legendary Forensic Lab the Body Farm Where the Dead Do Tell Tales

Death's Acre: Inside the Legendary Forensic Lab the Body Farm Where the Dead Do Tell Tales (Paperback)

Death's Acre: Inside the Legendary Forensic Lab, The Body Farm, Where the Dead Do Tell Tales (includes 16 pages of B&W photos)

Death's Acre: Inside the Legendary Forensic Lab the Body Farm Where the Dead Do Tell Tales (Hardback) 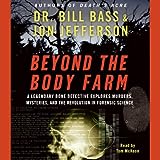 Beyond the Body Farm: A Legendary Bone Detective Explores Murder, Mysteries, and the Revolution in Forensic Science
Buy Now 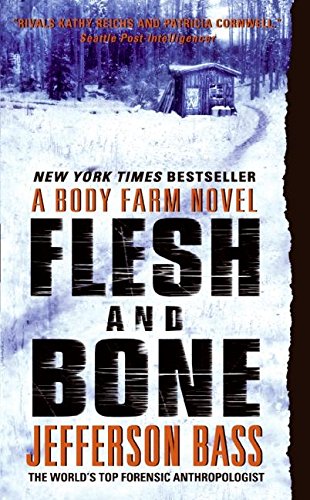 "(At the time) there was nothing much in the literature, so I asked the dean if I could have a small piece of land to put bodies on. That was the beginning of what has been 29 years of trying to figure out what happens to people. I think all we've done is scratch the surface.”