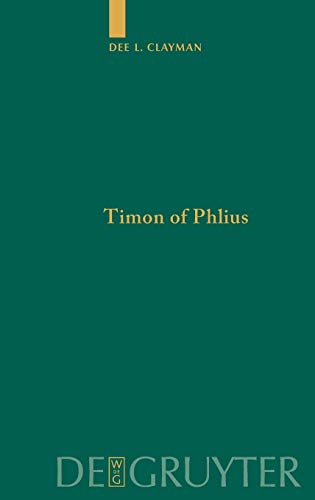 Timon (320 B.C. to 230 B.C.) was a Greek philosopher of the Sophist school. He was born in Philus, Greece, and was a professional dancer until he embraced philosophy. After study with Stilpo, president of the popular philosophical school of Megara, Timon pursued his studies at Elis under Pyrrho, the founder of philosophical skepticism.

Then ensued a long period of traveling as a Sophist about the Aegean area, until Timon became the leading literary exponent of skepticism at Athens, where he died.

Timon wrote 60 tragedies and 30 comedies, as well as satyr plays, several epics or satires in epic form, and some prose treatises (probably on philosophical themes).

He won fame, however, for his Silloi, three books of poems, which in pseudo-Homeric meters wittily satirize all the earlier Greek dogmatic philosophers. This poetry was so successful that the word sillograph (writer of silloi) is used to denote a satirical poet. Some 80 fragments of Timon's writings remain.