The River System - Tracing the Origin of Kumbla River

Story of a river

You might have come across many rivers while crossing over them or while traveling by the side of riverside roads. Rivers are the natural serene beauty forming a pictorial landscape. The river valley heritage is well known in world history. The main reason is that the water flow supports a lot of crops and civilization by the side of the banks of the river and the economy.

Location of origin of Kumbla river 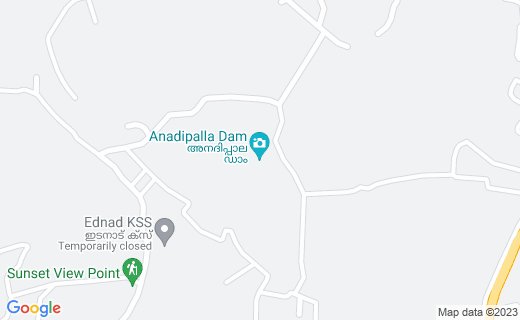 There are many rivers in many countries around the world. Tigris and Euphrates, Mesopotamia, Nile valley, Indus valley, the Ganges and the Yellow river civilization are the major ones of the past. In India, we know the Ganges and the Indus and the associated civilization benefits even today. Many rivers get water from either rain or by the melting of the ice. Rainwater carrying rivers flood during the rainy season, whereas the ice water carrying rivers flood during summer.

Be it rainwater or an ice water river they mainly have a small lake or a big lake near the place of origin, where the first water source gets collected and starts to flow as a meander downstream. They flow as a small stream and later on the tributaries join them to make the confluence of the river large and bounteous. A river can be the smallest of few miles long to hundreds of miles running across different states and cultures. Ultimately the river joins the ocean or sea. The place of joining the sea is called a river mouth. From the place of origin to the river mouth, the river travels a long path.

The Kumbla river is about 12 kilometers long. It originates in Puthige panchayat in a place called Anadipalla. This also is a river flowing in a valley. Top hills are having deciduous forests, slopes and foothills have plantations and river banks have some paddy fields. It is a vivid rural landscape of farming and culture amalgamation.

Source of water for the Kumbla river is mainly rainwater, following the rains, the rainwater forms few springs on the hillside and also by the side of the valleys which add up water to the river. From the place of origin in the Puthige village, it runs through Ednad village and then reaches lchlampady village followed by Koipady village and ultimately joins the Arabian sea at Kumbla. Place of origin has a very hard black laterite substratum which is highly porous. Continuous rain percolates down the porous laterite rocks. Water does not go very deep, but remains within the crevises and the pores and flows out downstream. The igneous laterite rock cannot hold the water for a long duration since it has no water holding capacity. Only very little water goes down to the groundwater. The underground aquifer also gets very much less recharged as the top is a very hard rock.

Anadipalla is a small lake which leads to a bigger watershed dam known as Mukari Kanda Dam. The above small lake and the dam have over the years got collected with clay silt and which helps them to hold water for some amount of time. However, they do not have high water holding capacity and water flows down streams.

This stream gets and another tributary which flows from Seethangoli at Kaverikana confluence. When it flows further down streams it gets another tributary at the Karinja area with its origination from Odyola and these together form Kumbla river.

There are areca and coconut plantations and paddy fields on both sides of the river all along the flow path sides.

The river flows only during the rainy season. It dwindles down in the winter season. During winters in some places, farmers used to put check dams to contain water for irrigation. Putting a check dam prolongs the water in the river and also in the nearby wells. During pumping of water for irrigation to the areca nut plantations and to the paddy fields, water drains quickly.

Once the water dries in the river, it becomes a walkway for the villagers. Only in some places, there are few rocks, otherwise, the river is full of gravels. The final two kilometers of the river is always having water. This is mainly because of the proximity to the Arabian sea. There is a saltwater check dam to prevent saltwater coming up from the sea. This is situated at Kanchikatta. At Kanchikatta as well as Kumbla, there are road bridges across the river. Seasonal water flow in the river makes the riverine valley lively and thus the river is life-supporting.

Whether it is wading through the river water or be it walking over the gravel stones of the dry river, gives mesmerizing experience. This is the story of the Kumbla river and may also be true for many others as well.