Yes, it's hard. Very, very hard to set aside the workbook and orderly math progression through an outlined curriculum and shift to what seems to be a messy, random bunch of games and hands-on activities.

You love the concept of living math. You know that it's fun. You even know that your children would learn through it. But, there are still those nagging concerns -- What about gaps in their math learning? What about drill? What about memorization? What about standardized tests? When will I find time to prepare all these games and clean up after all these messy activities?

Here's my own journey from textbook prison to living math paradise. Okay, it's not quite so glamorous as that! But this is how I shifted my thinking and am (still) transitioning to a living math approach.

I'm not a math expert or even a math person. I think in words not numbers. I have trouble remembering which number bus takes me downtown, but I can easily remember the names of all the stops on the way. This is just one homeschoool mother's attempt to try to make some sense of math instruction and make it enjoyable along the way. Come peek into my journey.

Where are you in the living math transition?

For the Living Math lesson 1, I couldn't find even one of the recommended books. So I got this one instead. It was a super introduction to living math. It got us thinking and made us go off on tangents.

The Great Number Rumble: A Story of Math in Surprising Places
Although the storyline is a bit contrived, this book is a very fun introduction to the idea that math is all around. We enjoyed these tangents inspired by this book--tessellations, Fibonacci numbers, prime numbers. The book also has one page biographies of famous mathematicians.
Buy Now

It all started with this book, recommended to my by a homeschooling mom who spoke at a homeschool conference I attended. I found a used copy and read over it. Like many resource books, it found a comfy spot on my bookshelf and was promptly forgotten.

Over our years of homeschooling, I've slowly incorporated more and more of Charlotte Mason styled learning. I'd already added in artist study, composer study, nature study, even poetry and Shakespeare. We were using living books for history and science. Math was the last holdout. I had read about a "living math" approach -- using living books and real life tasks instead of using textbooks and worksheets. I already understood what Charlotte Mason herself had written about math instruction. I liked the ideas in theory. But to actually use them? It seemed ridiculous.

My objections were as follows:

But as I read more and more and tears during math lessons became more and more frequent, I knew something had to change in our math instruction. I was reading blogs like Our Journey Westward, Lapaz Home Learning, and Let's Play Math. I liked what I saw in their approaches to math. I even read the long 25 page Lockhart's Lament.

STEP ONE
Finally, I committed to having one day a week with math games. That was my first step. Nothing changed except for that one weekly game day. I would try to pick a game that went along with the topic we were studying in our Singapore math book. Family Math's games are set up by topic, so it's easy to find a game that fits what you're studying. Those days were grand successes in terms of attitude, learning, and motivation. It kept me searching for more answers about living math.

Here are some photos of those early games and activities.

We played some fraction games and made a huge number line from 1-20 with all the multiples of each number made from a gazillion tiny paper squares. We rolled dice and dealt cards. We both started to look forward to our weekly math game day.

I then began to get serious about planning more extensive changes. I could see that doing a game elicited excitement that a worksheet never could. If the arithmetic skills were the same, then why not do them in a fun way versus a dull one?

STEP TWO
We started playing math games and activities every day, using the Singapore Math textbook as a supplement, pulling it out every now and then but not daily.

I pored over and over the Living Math lesson plan information, hoping it would be the answer to my quest for a rich math curriculum, filled with games and living learning.

Her Cycle One Outline and booklists are available free, online. So although I've purchased the lesson plans ($20) for Cycle One, Unit 1 Intermediate Level, I'm not giving away any secrets here. Instead I'm sharing how we made it our own and implemented the ideas of living math.

Lesson 2: Ancient Roots of Mathematics in Africa and Mesopotamia

Lesson 4: Ancient Roots of Mathematics in the Americas

Lesson 5: Thales and the Egyptians

Lesson 6: Pythagoras and the Early Greeks

And the lessons continue as such through history in the subsequent units.

Julie's Living Math lessons are more math theory and math history than arithmetic. You travel through history chronologically, seeing how math was used and what math discoveries were made.

Once I bought the lesson plans, I realized that this wasn't what I was looking for. It was a good addition to what I wanted. But it was not the whole picture. There are one or two activity ideas for each lesson, but it's not thorough enough to be a complete math curriculum. You still have to have your own games, math activities, and arithmetic lessons.

The Living Math booklists are incredibly lengthy and a bit confusing since so many of the books are out of print. It took me weeks to pore over them and figure out which books were used in which lessons and which ones were vital and which ones were supplementary. There was quite a bit of guessing as well because aside from the input of two moms on the Living Math Yahoo group, I had only the information at Amazon to make my decisions. I finally decided on a group of books and placed my order! I chose books from the Living Math curriculum list plus some general math books to pique Sprite's interest.

The Adventures of Penrose the Mathematical Cat
Buy Now

Through this investigation process, I've come to grips with my former fears about the living math approach.

I'm not strong enough in math myself to guide our learning without a curriculum.That's all the more reason to make math fun and engaging -- both for me and for my daughter. My natural tendency is to avoid math. But by being more proactive in designing our curriculum, I'm becoming more interested in math. That excitement rubs off on my daughter! And again, I can still use my Singapore math texts as a guide for the skills to cover. The HOW to cover them is up to me.I love living books, but how can they teach math? I mean, math is numbers.WRONG. Numbers are one aspect of math. But logical thinking, problem solving, and mathematical reasoning are all parts of math education.If Sprite does a lot of math games but never does any drill or any worksheets, how will she be able to perform on standardized tests in the future?Taking a living math approach doesn't mean that she never does any drill and never fills in a workbook page. Those things simply become supplements to the real-life activities instead of being the core.

STEP FOUR
So in revamping our math, I decided on some goals and outlined some facets that would need to be covered to reach those goals.

-an appreciation for (even a love of!) math (that means no fear of math)

-the ability to think mathematically and problem solve

-a basic understanding of math in history

I would've been nice to start my journey with these goals, but to be honest, I had to plunge into this living math journey and flounder around a bit to discover what my goals are.

How to implement them? Well, it seems to be a three-faceted approach.

1. a chronological study of the developments in math history, including biographies of famous mathematicians

STEP FIVE
I am working the plan! We aren't really spending much more time on math than we used to before the big shift, but the time is so much more productive.

I'm using the outlines from Living Math for the history (facet #1) plus some overlap into the activities (facet #2). (Julie's curriculum does include some activities.) You can read my full review of Living Math curriculum at The Curriculum Choice.

And I'll keep using Singapore math for the arithmetic (facet #3). But for the experiences and games, I'll have to be the most creative -- searching for goodies online, using my Family Math book, and trying to incorporate math into our daily lives as much as possible. It's not cut and dry. The three areas overlap into each other quite a bit. And that's a wonderful, holistic perspective of math!

There is no open and go curriculum that covers all that I want our study of math to cover. So I'm picking and choosing, making it up as I go.

This is how I tackle the arithmetic and games aspect. I pull out my Singapore math textbook and look at the overall units -- measurement, time, or fractions, for example. Then instead of starting with the textbook explanations and workbook exercises, I search for games, puzzles, activities, or living books to introduce and practice the concepts and skills in a fun and living way. I'm also trying to incorporate more math notebooking into our studies. So I'm using graphic organizers and notebooking pages plus writing prompts about math. After experiencing the math concepts in various ways, then we move to the workbook as a review or wrap up. By that time, Sprite has confidence and proficiency in the skill and performs very fluently.

Other Moms Who are Transitioning to Living Math

The following three books plus Number Stories of Long Ago by David Eugene Smith are serving as the spines of the math history element of our living math. These books are used extensively in the Living Math lesson plans.

You can see the other books I bought here at this Amazon list. 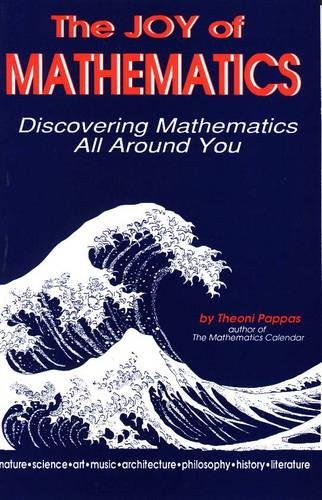 The Joy of Mathematics: Discovering Mathematics All Around You
Buy Now

For lesson plans to go along with many of the chapters in Mathematicians Are People, Too visit Ohio Resource Center.

Mathematicians Are People, Too: Stories from the Lives of Great Mathematicians
This book is wonderful! The stories are really interesting and have great black and white line drawings for illustrations. We copied the drawing of Thales and used in on a math notebooking page.
Buy Now

I really like it when subjects intersect, so I love the idea math poetry. 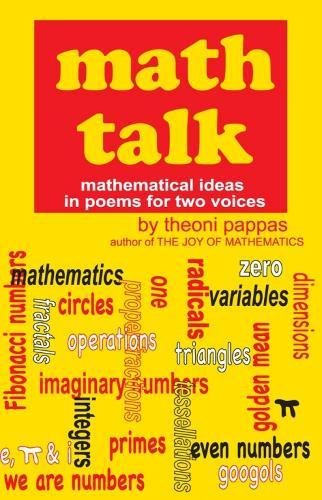