The author is postgraduate in Botany and experienced in IPR handling as well as agribusiness management with an MBA, lives in a farmhouse.

Arecanut palm (Areca catechu) is the common palm found in the tropical coastal climates in India. This palm produces red fruits, after drying and husking of which, we will get the commodity of the market which is called areca nut or betel nut. Most of the farmers in the early 20th century have converted their part of the paddy fields to arecanut plantations. They could also gain a good living from this commodity.
Main uses are for chewing and also for some minor medicinal uses. The areca nut commodity industry and its business chains are supporting the livelihood of many people.

Apart from the areca nut commodity people have realised more uses from the palm. Overall, the palm has made a permanent position in the livelihood of the people dependent on it.

Arecanut palm is grown in China, Singapore, Myanmar, Indonesia, Malaysia, Burma, Bangladesh and India. West Bengal, Assam, Tamil Nadu, Kerala, Karnataka and Maharashtra are the main states in India, where it is grown as plantation crop. Nearly ten varieties of this palm are cultivated by the farmers.

Uses of the leaves

Arecanut leaves are feather-like structures on the crown of the areca palm. These are about 2 metres long and 1 metre wide. These are evergreen and turn yellow only when they are about to fall.

These are a very special type of leaves which have broad thick leaf base. This live basis is very much useful for making plates, hand-fans and mugs. single-use plates made from the areca palm leaves are very sturdy and can be used for having meals. Areca leaf-sheeth plates are also called palm plates and can be purchased online.

Leaves can be woven, thatched and can be used as temporary boards and also for making canopies.

The leaf midribs are strong and flexible. A bunch of clean the midribs can be used as broomsticks.

Dried leaves are very useful for lighting fire. for this purpose farmers dry leaves and keep for the rainy season for quick lighting the fire.

Uses of the stem

Even though the palm trunk is slender, it is very strong. The wood used as a prop for making canopies and also for temporary buildings.

When the median soft pith is cleared, the trunk forms a tube-like channel, which can be used for carrying water.

The trunk when it is slit narrowly, it can be used as a reaper.

Firewood from the trunk is strong and is very useful for fuel purpose. It is also useful for making coke and ash, without much smoke.

The arecanut husk is very useful for making compost. Its mulch is a good water holding and carbon-rich organic manure. 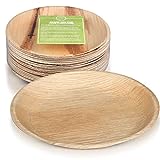 This cropping system supports many high-value intercrops. These crops never grow and flourish well in any other climate, which is as good as this plantation.

Cocoa is a good crop under arecanut with remunerative yield. It adds a good amount of mulch and prevents weed growth in arecanut plantations. Cocoa beans have good market for chocolate making.

Pepper
Black pepper needs partial shading as well as support to climb up. Arecanut palm gives excellent support for the black pepper. Therefore pepper is the best companion of the palm as far as the farmers are concerned.

Vanilla
Similar to the paper Vanilla also grows very good with the support of arecanut palm.

Banana
Some of the varieties of Banana such as Musa paradisiaca grow well under the partial shading of areca palms.

Turmeric, arrowroot, pineapple, nutmeg, clove, lemon and coffee grow well in the partial shading of this plantation.
Breadfruit, jackfruit and coconut palm trees grow well on the borders of these plantations.

Environmental problems such as drought

The crop is vulnerable to heavy rains during the winter. It gets attacked by rot fungus. Heavy fungal attack causes crown rot and death of the palms.
During summer this palm needs continuous irrigation at least twice in a week. Irrigation water of about 40 litres is required during one stage of irrigation. The area is mainly prone for drought, summer irrigation is becoming ecologically depleting. Due to continuous irrigation groundwater depletion takes place quickly and people face water scarcity during the summer.
It is an example of a manmade disaster. Mainly the area was under paddy field. The fields were cultivated and left fallow during summer and there was almost no water requirement for the crops. Whereas, now this palm needs lots of water, as much as millions of litres of irrigation water every month per acre of land. Cropping is keeping on increasing in the area under the areca palm, which might cause disastrous situations in these regions in the future.

Meaning of arecanut is considered as a dirty habit on one hand and it is getting branded as one of the causes of oral cancer. There are arguments for and against search claims. Even if the chewing is kept aside, considering the other unique uses of it is market and parcel of the livelihood of the people of arecanut growing communities.