What Was Victorian Family Life Really Like: As Portrayed by the Newspapers of the Times

Victorian Humour Shining Through Hard Times With a Smile

At least for the more affluent sections of society, humour often played an important role in making light heart of harsh realities.

Further reading from the source material that this article is based on is freely available on my Nathanville genealogy website, the main url link is given near the bottom of this page. All material in this article is from family documents and artefacts passed down to me through the generations.

So Happy Reading; I look forward to your views on Victorian Family Life in the comments box at the end of this article...

Quality of life during the Victorian era was very much dependant on social class. Very much as in Britain today the four main classes were the:-

The upper class was royalty, the aristocracy, and the very wealthy often from inherited wealth.

The Middle classes were the professionals including mill owners, doctors, scientists and trades persons.

The working class, often working 16 hours a day with no holidays worked in the mills, maids, servants, governesses and men and women doing all the menial tasks for the middle classes.

The poor included the unemployed and homeless and orphans.

As in today’s society, although it wasn't easy, it wasn’t impossible to move from one class status to another. An orphan could do an apprentice and learn a trade in a middle class professional, or alternatively a wealthy family could fall on hard times and end up becoming unemployed and homeless.

My great-great grandfather, born in 1829 to a working class family went to school until the age of 14, which at that time was exceptional; especially for the working class. On leaving school he started an apprenticeship in stonemasonry, but during the course of his apprenticeship picked up the skills to become a phrenologist. In his profession, as a phrenologist, he became one of the middle classes, successfully running his business as a phrenologist for 40 years until his retirement in 1901.

Privately owned by the same family since 1738 and kept in the style of a mid-Victorian village. Clovelly is the only privately owned village in England and is a great tourist attraction because the owners have kept it in the style of a Victorian village; so its like stepping back in time. When holidaying in Devon and Cornwall we made a point of visiting Clovelly for a day trip; finishing off with a Devon Cream Tea (scone with jam and cream) in one of the restaurants on the quayside at the bottom of the village. Below is the video I made of our visit to Clovelly, a Victorian village. 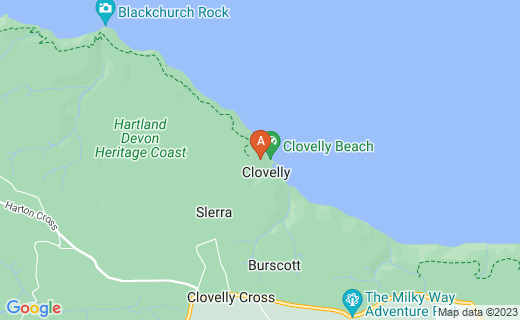 Makes a great day out, and a place to imagine what family life in Victorian Britain might have been like.

Humour Through the Trials of Marriage

The first thing that strikes me about Victorian Life is their strong sense of humour, even though for the ordinary Victorian family (and especially the lower classes) life could be harsh.

To quote an example from one of the Victorian newspaper articles:-

The following is a specimen of sharp shooting between a coquette and her lover: -

"You men are angels when you woo the maid. But devils when the marriage vow is paid."

The lover, not be out-done, replied nearly as follows: -

"The change, dear girl, is easily forgiven. We find ourselves in hell instead of heaven."

Women were treated with respect and generally had equal rights and opportunities, with some notable exceptions e.g. no right to vote, although on the whole they were expected to marry, have children and look after the family home.

Two articles below, 'I am a Lawyer's Daughter' and 'Whom to Marry', published in Victorian newspaper gives some insight into this.

Children in the Victorian Family

Generally, children were considered 'Little Adults', who were given respect and who needed to be guided through lives perils by example and good sound advice. They were recognised as a future resource that required a lot of dedicated time and attention to help ensure their safe passage to adulthood. The above photo is of my grandmother with her siblings and parents; although my grandmother was born at the end of the Victorian era, the above photo (where she is the eldest child) was taken in the Edwardian period.

In Georgian times, and the early Victorian era, children from the working class families in particular, when old enough, were generally sent out to work e.g. in the coalmines and as chimney- sweeps, often as young as six, to bring much needed income into the family. However, with the dawning of the Victorian era came a recognition that children needed to be bought up in a safe family environment until they reached adulthood. Hence the birth of childhood as we know it today and the decline in child labour. Although for the poorer Victorian families who couldn't afford the cost of bringing up their children this enlightenment took many decades; so much so that even in the late Victorian period child chimney-sweeps and children working on the streets with their brushes as little sweepers earning tips from pedestrians for whom they cleared the paths; as depicted in the touching story 'Mother's Last Words' by Mary Sewell, born 1797.

My great-great grandfather (George Burgess), although born into Georgian society in 1829, eight years before the beginning of Queen Victoria’s reign, was privileged. In spite of his father being a labourer, the family owned two properties (adjoining each other) in Staple Hill, Bristol, and George Burgess attended school until he was 14 year old; which was exceptional for those days; so I guess the family had inherited wealth.

Quoting from a couple of Victorian newspaper articles:-

A Selection of Victorian Newspapers on Family Life Follow the link below to the source articles; published online for free viewing.

Differences between Rich and Poor in Victorian Times

Do you think Family Life has changed much since Victorian times?