Victorian Newspapers in Britain and America

The Novelty of Newspapers: Victorian Fiction After the Invention of the News
A well-researched and compiled hardcover book that explores the novelty of rapid and mass communication through the publications of Victorian Era Newspapers and the impact they had on society and daily life. This book examines how these newspapers reflected on and influenced society and how they changed daily lives of individuals at a time of great technological advancement during the period of rapid transformation of life from the simpler and harsher times of before and bringing it into the modern industrial, commercial and bustling 20th century.
Buy Now

Newspapers From the Victorian Era

Published in England and America

View a choice selection of newspaper articles from Britain and America saved in a Victorian Scrapbook by George Burgess (1829-1905). George Burgess born in Staple Hill, Bristol travelled to America with his brother-in-law, shortly after leaving school, to finish his apprenticeship in stone cutting and marble works.

While in America he learned about Phrenology, he return to England (for the third and last time) Christmas 1859 and in 1861 he set up a business as a professional Phrenologist in the shopping Arcades in Bristol where he practiced his profession for 40 years until his retirement in 1901.

Throughout his working life he had a passion for reading and writing and collected over 500 newspaper articles, on subjects that interested him, and stuck them into his scrapbook which has since been passed down from generation to generation and now transcribed and published on Nathanville for free viewing.

The Victorian era newspaper articles saved in his scrapbook covered the following topics:

A sample from each of these topics is reproduced below, read on....

The full transcripts and Original Copies can also be viewed on the Nathanville Genealogy website.

The Influence of Victorian Newspapers on Society

A new era of communication was born, and like any fledgling had to find its feet. The early days of newspapers were often splattered with spelling mistakes and bad grammar, journalism had to be invented and up to date news to fill the pages wasn’t always to hand for the publisher so all too often ‘filler’ stories were inserted to fill the pages; many of which like the famous Paul Denton and the Barbeque story of a 19th century Methodist preacher in Texas, America which did the circuit and ended up being published in one newspaper after another across the world. The published story, although convincing, and based some facts, is nevertheless largely fabricated to entertain and to fill the blanks spaces in newspapers.

A great source of information on Victorian life and society are the newspapers of the times. The scrapbook by George Burgess captures the best of that era; as seen though the eyes of journalism of early modern society in the 19th century. With the wealth of information contained, it tells a story in a way that no other media could; as the sample newspaper articles copied below will show.

A Wife and Something to Boot

British humour on how a young suitor got an unexpected windfall from his future father-in-law for agreeing to marry one of his daughters.

He Never Took It

British humour about a boy refusing to take his medicine.

Looking on the Bright Side

A brilliant and hilarious story of a wife in Massachusetts writing to her husband in California, and no matter how disastrous the situation was at home she still managed to look on the bright side when writing her letter to her husband.

Be Off With You Now

American humour of a witness giving evidence critical in proving the demise of a passenger who was on board a steamboat when it sunk in Ohio.

Brought Down a Deluge

American humour of a Methodist preacher overdoing it, when during a drought, he prays for rain as a favour in exchange for hospitality.

The Bottomless Pit in the Mammoth Cave of Kentucky

Even though I’ve googled it I can find no reference to the bottomless pit in the cave in Kentucky. I guess this was a rather early fanciful newspaper article used as what was commonly known as a filler e.g. odd story’s republished in different newspapers to fill space. Quite often these story’s had little in substance and any connection to fact was tenuous at best.

Made by George Stephenson in 1815

Undoubtedly, steam power and the innovation of steam trains opening up mass transport and industrialisation never seen before in Britain was a major leap forward that helped to lay the foundations for rapid advancement in other engineering and scientific development.

It was while we were visiting Beamish on a two day visit that we had the privilege to take a free joy ride on Puffing Billy, as shown in the video below. 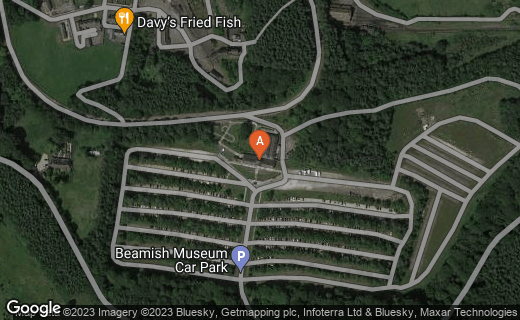 A large open air living museum of times past in northern England, covering life from the Georgian to Edwardian period.

American humour of a Temperance family in Massachusetts, where each family member drinks in secret, when the other family members are not about, justifying their indulgence with good excuses.

Thanks to contributions from other readers and fellow Genealogists I learnt a lot about John Hobler and his family, a summary is given below:-

John Francis HOBLER (1835-1856) at age six John attended a Grammar School, High Street, Haverhill, Suffolk, England and was the youngest in his group. In 1851 (aged 15) John was living with his maternal Aunt at 101 Piccadilly Street, Manchester, Lancashire, England and was an engineering student; five years later he committed suicide!

At the time of his suicide John was living with his Uncle Charles Clay who was married to his mother's elder sister, Maria Boreham. 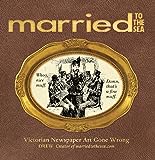 Below are eight further 19th century newspaper articles, some being humorous; they are as follows: 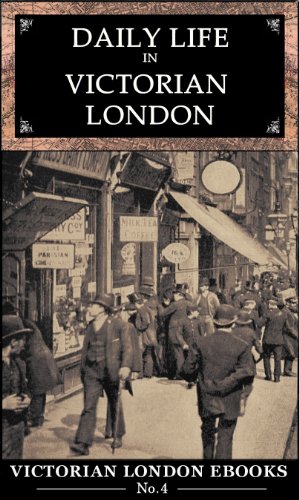 Give Your Vote Below On Your Favourite Victorian Newspaper Story

The Victorian newspaper articles seem to be written more like mini-stories, often humorous, to entertain the reader rather than be just informative. I know newspapers these days tend to do this to some extent and therefore you can't always believe what you read but the Victorian's seem to have had it down to a fine out, sometimes not such a fine art considering the poor grammar in some of the American publications.

Nevertheless, I'd be interested to know which of the above main featured newspaper article you found to be the best read.

Which of the above Victorian Era Newspaper did you enjoy reading the most?

Your Feedback - Read the Newspaper Articles - Give Your Views