Robots Are Coming to Classrooms

Just What Would a Robot Teacher Do?

In Masan, South Korea, robots are being used to teach English to young children, with mixed reviews. Some children think the robots are fun, but some are frustrated that the robots can't really understand what they are trying to say. Currently, some robots are programmed to teach English with speech recognition software, and some sing songs with children. Others are telepresence robots which enable children to learn from native speakers of English who are far away. In Korea the robot teachers are used primarily with preschool and kindergarten children. In Japan they will be used with older children.

Currently the robots are not being used to replace teachers, but to supplement them. However, they are talking about letting them have a larger role as the robots become capable of more. In Japan, NIT's e-Nuvo humanoid robots are equipped with projectors, and will build interest in science and engineering as they discuss robotics.

What's been written about robots as teachers?

Robotic teachers and teaching assistants are being tested in South Korea and Japan. They are also being experimented with for teaching special needs children, especially those with autism, here in the United States. Much of this research is taking place in San Diego.

A researcher at MIT expressed concern that if robots are used in teaching children, children may begin to think technology is a master. Others say this won't happen because the robotic teachers will only be supplemental. I'm not so sure. I see how powerful the unelected staff assistants seem to be in local government bodies. I've noticed that those who are elected seem to just take staff's advice. It makes me wonder just who is really governing. Staff is also "supplemental."

Sometimes perception is everything. Some children respond better to the robotic than to the human teachers. They imitate them and learn by that imitation. Some robotic teachers have been trained to cry if children pull their arms, so that they will seem more human. They can also be taught to "think" and answer questions. Why might children not think them authoritative?

Be sure to click the fourth link to find out more about this new research.

More About Robots Used in Education

Many people are using Rosetta Stone now to learn new languages. It comes in a variety of languages and you can choose the one that's best for you. I've selected French to spotlight below, but once you're there, you can see what other languages are available.

Would You Like to Bring a Robotic Teacher into Your Home? - Your preschool just may take to robotic teachers

These both teach the basic skills children need to have before starting kindergarten. They aren't compatible with children under three, but those over three will enjoy interacting with them as they learn. They will sing and dance, as well as teach your child to count and say the alphabet and recognize letters and numbers. They also teach other cognitive and social skills.

Do Classrooms Need Robots and Computers?

Although at this time, they are not replacing teachers, they are being used to assist in instruction. Do you think they are necessary when we already have computers being used in classrooms? 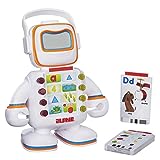 Do you think robots should help teach in preschools and kindergarten classes?

Robotic Substitute Teacher in Japan. - She is used primarily to teach students about technology.

The children responded well to her, but the human teacher thinks she still has a long way to go to replace him.

Those who are promoting the use of robots in the classroom believe they will engage student interest and also enable special guests to interact with students from long distances. I wonder how long the robotic guest will seem unique and able to sustain the initial interest. I'm wondering why a robot with telepresence is a better way to bring in guests than Skype, which will allow the students to actually interact live with a special guest.

Another concern I have is that robots are unfeeling machines when all is said and done. I am wondering what these mechanical wonders can do that can't be done just as well by a computer or an overhead projector or video, which would all be much cheaper to bring in. In one of the videos below, you will see the frustration of a young girl attempting to make the robot recognize what she is trying to say. All of us know the frustration of voice menus that don't offer the option we need and our desperate desire to talk to a real human. As adults, we supposedly can handle this kind of frustration better than a young child.

Another issue I see is technical support. What happens when the "teacher" doesn't work right? Who fixes it? Will the real classroom teacher be expected to be able to repair his assistants when they have technical issues?

My biggest objection, though, is that children, especially young ones, need as much interaction with real human adults as possible. They don't need robotic nannies with no heart during their school day. They need a human who really cares about them and wants to see them be all they can be. They need a teacher with enthusiasm they can catch to interest them in a subject.

Another Demonstration of a Teaching Robot - Ready to have one like him in your child's class?

It is much less human than SAYA, the substitute teacher in the Japanese science class I showed you in the first video. No one will be pinching its nose to see if it's real.

Another way to learn a language

If you need a bit more than total immersion and Rosetta Stone doesn't seem right for you, try this. I chose Japanese to spotlight because it's a popular language to learn right now. The course is available in almost any language you do want to learn. 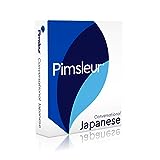 Pimsleur Japanese Conversational Course - Level 1 Lessons 1-16 CD: Learn to Speak and Understand Japanese with Pimsleur Language Programs (1)
For those who find Rosetta Stone too expensive or who aren't comfortable with it's total immersion approach, the Pimsleur method has gotten some great reviews. I have played with its samples in the German language and found it to be an approach I would take to, but since I know I wouldn't give any time to leaning a new language right now when I don't need to use it any time soon, I didn't get a full version. I would like this better than Rosetta, since I like to understand a bit about the grammar of what I'm saying, and Pimsleur includes that unobtrusively.
Buy Now

You've seen some robot teachers now. - What do you think of them?

Let's assume there will be vast improvements in the capabilities of robotic teachers. We all know that computers are much better now than they were in 1964 when they took up an entire room and we had to punch cards to communicate with them. We've come along way in making them smaller and giving them voices and ears that can understand what we say most of the time. They can teach us and entertain us. Let's assume that robots will also evolve into much more capable teachers with better voice recognition. Let's say they actually could be programmed to teach -- not just assist.

Would you want your child in a class taught by a robot? Why or why not? (We will assume a human is within earshot.)

You don't need a robot to learn to speak English.

Is there a favorite teacher you especially remember? What made that teacher stand out from the others you've had?What qualities were special? Please share below, or just let me know you stopped by.

What do you think is the most important quality of a teacher?