The Wonderful Wizard of Oz is almost an all-ages book. It was written at about 6th grade level, though younger students have embraced it as their own. The book even provides opportunities for high school students to sharpen their skills. It can enliven a study of the U.S. circa 1900. It can also be an interesting exploration in critical analysis. At this level, the focus is not just on the text, but on the many interpretations that have been written over the years. They can be used for literary analysis -- and possibly for rhetorical analysis as well.

Did Dorothy's slippers (which were silver in the original story) symbolize the silver standard? Did the yellow brick road have anything to do with gold? And what about William Jennings Bryan as the Cowardly Lion?

The Wizard of Oz as populist allegory:It's been a popular theory since the 1960s, but it's not without controversy.

When Baum first dramatized the story (not so long after the book's publication) he put in some obvious political humor. And yet some suggest it was just that: humor.

Whether you want to analyze and critique the theory or just dress up U.S. history class, here are some resources.

Using The Wizard of Oz in High School Social Studies

In the video below, a high school U.S. history teacher explains how he uses The Wizard of Oz. He talks about the people in this era of history and provides a handout.

Students later construct their own knowledge, watching sections of the DVD movie and taking notes about the similarities between the fictional and the real.

Modern critics have called into question whether Baum was indeed showing support for populism. Another popular theory is that The Wonderful Wizard of Oz was about the glories of the new Industrial Age. Some note that even if the book intentionally referenced populism, it may have been more satire than allegory.

The critical essays below can be paired together as part of a reading comprehension lesson for the college bound. (Can readers identify the similarities and differences in the arguments?)

The Wizard of Oz enlivens social studies. So does drama -- and technology. Students have sometimes been challenged to create their own representations of the symbolism.

The students featured below are talented. One interesting touch: They sing "If I only had a say..." to the tune of the scarecrow's song.

Is The Wizard of Oz Just a Children's Story?

Or are there additional layers of meaning?

How do you see The Wizard of Oz?

Populism is not the only theory rooted in (Baum's time in) American history. What of feminism? What of the women's suffrage movement?

Dorothy as effective business leader? Well... a case can be made! And here we have an organization that has put forth that argument.

At the high school level, I think I'd be more likely to use these resources to teach literary analysis than business. This could be a playful look at literary analysis and how it's distinct from mere summary. (You can have an original thesis if you can back it up. So... what interpretations can students come up with? Dorothy as ________?)

Of course some critical interpretation will enjoy more acceptance out there in academia. Sometimes a writer or teacher incorporates allusion to make their lessons more colorful, not to convince readers that this was the author's intent or that it's the best read in the actual historical context.

It can still be a good exercise for students who are just learning the importance of supporting an argument. Just what can we make these characters represent?

This writer draws an unexpected lesson from The Wonderful Wizard of Oz. At least she uses it as the frame for an editorial on an unexpected subject: natural energy vs. conventional energy. There's no doubt about it: Literary allusion can make a good frame to pull the reader into an article or debate.

What lessons can students pull from scenes in the Wonderful Wizard of Oz? What editorial-style essays can they construct?

The Wonderful Wizard of Oz is so well-known and so loved that even universities have referenced it to teach lessons about writing.

Is the author's note to be taken seriously? Not only does Baum claim that he has written a simple story for children, he also claims there are no fairies? Ah, but there are good witches!

Is he suggesting there's no typical fairy tale magic? If so, do you agree with him? Is The Wonderful Wizard significantly different than the typical fairy tale? Is it, as many have claimed quintessentially American? If so, what makes it so? Just the setting? Or the themes and characterization, too?

It is possible to come up with many different thesis statements answering these questions.

Vocabulary Development for the College Bound 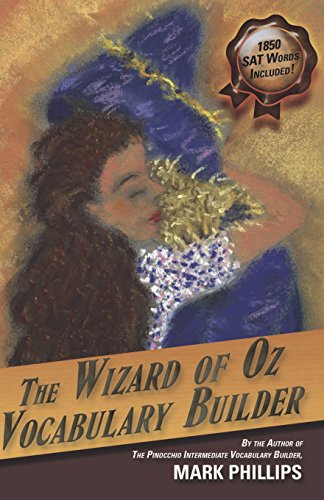