Boat in the Grayness of the Foggy Yangtze River

How Long is the Yangtze River?

A goddess and her 11 sisters, 12 fairy spirits, overlook the waters of the Yangtze River, it is said. There's a story behind this, of course, involving heavens and gods, goddesses and humans, and love for a river and the people who dwell by its shores. There may be no way to prove it, but its possible that if the Yangtze River waters are tame, it's Yao Ji and her 11 fairy spirit sisters on Goddess Peak you should be thanking.

As the longest river in China, and one of the most important, it's no wonder that the Yangtze piles legend on top of fact, on top of imagination. It all gels together to make the Yangtze River--facts, history and legend--one of the more interesting rivers in the world.

The River at the Center of the World: A Journey Up the Yangtze, and Back in Chinese Time
Traveling the Yangtze River is like going back in history and Simon Winchester takes us there as he travels the river in the heartland of China. An exciting, informative account of a mysterious and intriguing culture.
Buy Now

For thousands of years, the Yangtze River has been integral to China's water transportation system. It carried goods and people, helped cultures establish themselves, created wealth and brought unimaginable devastation. Like many bodies of water, the Yangtze river took almost as much as it gave. It was during the Han Dynasty (206 BCE – 220 CE) , however, that the Yangtze cemented its place as a major player in China's economy. With the river acting as a sort of super highway, the transport of goods, people, livestock and equipment took on a new ease.

Around the mid-1800s, the British merchant and steam ships went to war for access to the river which had been denied them. This conflict became known as the First Opium War, which the Chinese eventually lost. In 1843 the Chinese Qing authorities and the British signed the Treaty of Nanjing, ending the conflict. One of the stipulations of the treaty was that China would cede Hong Kong to the British--an agreement that, with a few revisions, only recently ended.

The Yangtze River is also known as the Yangtzi, Yangtsi, and Chang Jiang--all meaning some variation of "Long River."

Where is the Yangtze River?

The Yangtze River runs through the middle of China, or The People's Republic of China, in effective dividing the country, north from south, a fact utilized at various times in China's political history. Because the river acted as a natural divider, considering the difficulty of crossing the river in some areas, warring parties, or potential allies sometimes used its waters as a boundary. The Yangtze begins its journey in the glaciers of the Tibetan Plateau, and winds its way through thousands of miles before moving through Shanghai and into the East China Sea. In between the river touches, and even creates, many of China's most important and fascinating land, water and cultural treasures.

The Yellow River is a sister river to the Yangtze, and stands only behind it in its importance to China historically and present day.

Shanghai, a city made famous in film and song, and infamous by use of its name for a rather specific way of gaining a ship's crew, is at the heart of the delta region. It's location, diversity and proximity to the end of the Yangtze River has kept Shanghai in a position of economic importance for many decades. The building of dams on the Yangtze River have both boom implications for the delta region, and possible warnings of changing times ahead. 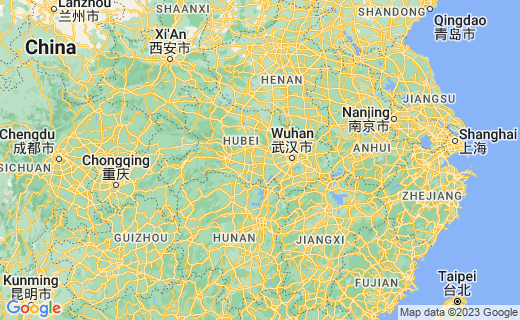 River Town: Two Years on the Yangtze (P.S.)
The first foreigners in 50 years to step foot in Fuling, a town along the Yangtze River, Peter Hessler and Adam Meier talk about the culture and life of the people that live along the river.
Buy Now

This Yangtze river dam was in the planning for over 100 years, in one way or another. Many businesses and politicians had been anxious to harness the power of the river for use in a hydroelectric dam, though planning on how best to do so was hit and miss. There were multiple goals for the dam, which was finally completed in 2008:

According to some, these goals and more were achieved. The Three Gorges Yangtze River dam, at this time the most immense hydro-power station in the world, is to be considered an engineering and economic success.

The wider opinion has been more mixed, however; thousands of years old cultural and archaeological sites were flooded to create the dam, to the horror of many historians archaeologists and interested people. Millions of people were also displaced in the creation of the dam, though many were relocated.

The environmental impact of the building of this Yangtze river dam is still being studied. Some fear that the construction has created an opening for landslides in areas along the river, and other environmental impacts on the water itself. The construction of the dam means that less silt flows down the river, instead mostly staying closer in toward the dam. This could have long-term implications for Shanghai and other areas that have, over the course of centuries, become dependent on the richly flowing silt.

Up the Yangtze
Produced by a Chinese-Canadian filmmaker in 2002, this movie shows the lives of two teenagers and how the river affects their lives.
Buy Now

It would and, in fact, does take volumes to even begin to cover the rich and complex history of China, the Yangtze River, and even the modern-day river happenings. It's nothing new for the Yangtze River to be at the center of a controversy, the divider in a war, the source of life and hope, or horror and despair. People have made their fortunes on the river, and met their death's as well. China's wars have been fought over it, and others have sought control over the region through this same swelling rush of water.

The river endures and people continue to think of ways of how to make use of this beautiful, wild water and its surroundings. The legends, stories and histories associated with the river all attest to its vibrance, but also to the capriciousness of both the river and the people who depend on it, in one way or another. A familiar story around the world.

Traveling to the Yangtze

If you travel to visit the Yangtze, don't leave your preparations until the last minute. You will need a passport, possibly a Visa, and may need some vaccinations depending on what part of the river you will be visiting.