Antwone Fisher: A Strengths Based Assessment

Inspired by a true story.

Antwone Fisher is at war... with himself.

Behind The Making of “Antwone Fisher"

Antwone Quenton Fisher (played by Derek Luke) is a Black man who was born on August 3rd, 1959 in Cleveland, Ohio.

His single mother gave birth to him in prison and refused to claim him after she was released.

Also, a jealous girlfriend murdered his father two months prior to his birth.

He was then put into the foster care system and placed within the Tate family household.

Throughout his childhood, Fisher suffered substantial physical, sexual, and verbal abuse by members of that foster family until he left their home at the age of 14.

Fisher spent years in the Navy but had trouble managing his anger.

After a violent outburst against a fellow sailor, he was at risk of receiving a dishonorable discharge.

Due to his behavior, he was ordered to see the Navy psychiatrist to be evaluated for psychological issues that could impair his service.

The psychiatrist was to provide Fisher with brief therapy (e.g., three sessions) to help control his anger but he was reluctant to open up during sessions because of the traumas he had experienced and kept secret for the majority of his life.

During the course of treatment it became evident to the psychiatrist that Fisher’s inability to connect with others was due to the defense mechanisms he developed.

The more Fisher revealed in each session it was clear that aggression was instrumental to his survival.

His anti-social and angry behavior helped him to cope with his painful past.

However, these defense mechanisms were becoming problematic for Fisher as an adult because fellow sailors began to question his sexuality, which infuriated Fisher and ultimately lead to his violent behavior.

Despite the adversity, Fisher displayed his determination and resiliency by continuing treatment with the psychiatrist but he became dependent on their relationship, which posed a new problem for him.

Antwone's Poem: "Who Will Cry?"

The psychiatrist was instrumental in Fisher’s recovery.

He helped him find better tools to cope with his anxiety and anger (e.g. poetry).

However, Fisher’s relationship with his psychiatrist was reminiscent of his childhood friendships, in which he chose friends that could potentially grant him safety.

Their relationship was meant to be therapeutic and remain professional but boundaries were crossed and Fisher became insecurely attached to the psychiatrist.

When the psychiatrist expressed to him that their relationship had to change Fisher felt he was unable to trust the psychiatrist just like those who were supposed to care for him as a child.

Fisher began to view the psychiatrist as a father figure (e.g. sharing Thanksgiving dinner together).

But, boundaries were crossed.

The psychiatrist realized that transference had taken place because he was dealing with his own childless marriage (e.g. informal sessions, breach of confidentiality, too much self-disclosure, inappropriate use of language, etc).

The psychiatrist advised Fisher to stop running away from his reality.

He needed to rectify issues within his own family circle.

This was an especially daunting task for Fisher because he had very little information on his biological family to begin with.

As an adult, Fisher was unable to resist modeling the behaviors of the adults he witnessed as a child.

He had great anxiety about forming intimate relationships; however, he began dating a female in the US Navy.

Fisher was reluctant to reveal to her the truth about his past.

He was unsure if he was a virgin due to the sexual abuse he experienced as a child and the lack of sexual activity he had engaged in as an adult for the same reason.

Fortunately, Fisher’s girlfriend (played by Joy Bryant) was very supportive of him (e.g. healthy relationship) and he changed his outlook.

She motivated him to regulate his emotions and attain his goals, which were to ultimately find some closure with his biological family.

Fisher and his girlfriend called every number in the phone-book until they found a member of his biological family.

The couple traveled back to Cleveland, Ohio to meet face-to-face with them and much to their surprise, his biological family was ecstatic when they arrived.

However, his biological mother, Eva May (played by Viola Davis), was not overjoyed to see him.

Nevertheless, Fisher displayed his inner strength by sitting down with her alone and talking openly about the man he became without her.

It was therapeutic for Fisher to realize everything, whether good or bad, that he did without his mother’s involvement in his life.

Thus, he forgave her for abandoning him and found some closure.

The various communities that Fisher was immersed in played a role in his overall development.

He was born in a prison environment then grew up in the foster care system and finally enlisted into the strict atmosphere of the US Navy.

Each environment had major influence on his overall outlook.

The foster system offered an unstable environment to Fisher, in which he was ultimately exposed to a family that was both overtly religious and horribly abusive.

Fisher chose homelessness over staying with his foster family.

However, there were still barriers against him, which were evident from the robbery Fisher and his best friend attempted at a convenience store in their neighborhood.

His best friend was shot dead during the robbery, which added to Fisher’s abandonment issues and prompted him to join the US Navy in order to avoid the same untimely fate.

The US Navy community did not grant Fisher much reprieve due to the homophobia and discrimination that manifested itself to him in the form of his fellow crewman.

Luckily, the Navy had services in place to combat the issues Fisher was having.

The psychiatrist helped him to move beyond survival and understand his potential was masked by years of pain.

The Navy also provided monetary resources and time off for travel, which allowed him to find his biological family.

Also, his girlfriend understood military life and became a wonderful resource to Fisher.

Antwone Fisher is more than just a man who survived abandonment, abuse, and hardship.

He is the true embodiment of what social workers and people in all helping professions should strive to achieve, which is a better “fit” between their clients and their environment.

He is now a successful director, screenwriter, author, and film producer.

His autobiographical book became a New York Times Best Seller, as well as, a great film about his strength despite major adversity.

Would You Watch The Antwone Fisher Film? 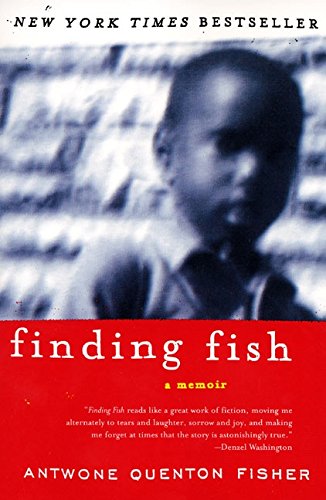