Synopsis: Told from Igor's perspective, we see the troubled young assistant's dark origins, his redemptive friendship with the young medical student Viktor Von Frankenstein, and become eyewitnesses to the emergence of how Frankenstein became the man - and the legend - we know today.

MPAA Rating: Rated PG-13 for macabre images, violence and a sequence of destruction

- Great cinematography, as it helps capture the Gothic and dark tone of the film.

- The sound effects were good

- The film had some interesting ideas and concepts.

- While James kills it as Victor Frankenstein, his over the top silly performance can sometimes undermine some of the dark undertones of the story.

- Although there's a lot of interesting ideas and subplots, the film doesn't seem to know where it wants to focus on. Sometimes it comes off as a love story. Other times it's a retelling of "Frankenstein", or tries to do all of the above. However, it never gives us enough time to get to know most of the characters.

- Apart from Igor, most of the characters are generic stereotypes.

- The film was unevenly paced.

- The romance between Igor and his love interest feels contrived 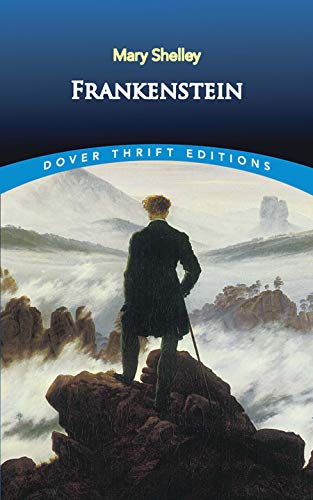 Over the years, we've seen a lot of films about "Frankenstein." Some good. Some bad. Therefore, I think it's safe to say that we've seen enough to know the story already. However, we rarely ever seen one that's told through the eyes of his assistance, Igor (Daniel Radcliffe). As the film starts off, Igor is portrayed as a hunchback in a circus freak show exhibit. He's constantly mocked and ridiculed by his fellow circus folk, as he knows no such thing as kindness or affection. All he knows is cruelty and misery.

In fact, his only joy in life is watching a young girl that he knows, at the circus, doing her routine acrobatics, as it gives him a sense of calmness. However, she inevitably gets into an accident that almost takes her life. Coincidentally, a young doctor by the name of Victor Frankenstein (James McAvoy) is in the audience. He assesses the situation, but says she's a goner because he doesn't have the necessary tools to help her. But thanks to some quick thinking by Igor, they're able to save her life. Recognizing Igor's knowledge of human anatomy, and his natural talent to improvise medically, Dr.Frankenstein decides to help him escape from the circus, so he can recruit him for his experiments.

Unlike most adaptations of this story, the good doctor realizes that Igor is not a natural hunchback, so he uses a series of methods to not only drain his hump, but he also puts a harness on his back that straightens out his posture. Therefore, I wouldn't count on Igor being a hunchback for too long in this movie, as he pretty much stands upright like everyone else throughout most of our story.

And from there, the story pretty much plays out exactly like you'd expect it to. Dr. Victor Frankenstein insists on his experiments to bring the dead back to life. Almost everyone is a against his endeavors for various reasons; including his father. You have some wealthy benefactor that wishes to donate to his experiments for their own selfish agenda, and you have a religious cop that cites how it's wrong to play god. Throw in a subplot about Igor possibly pursuing a life of his own with the circus acrobat he saved, and his unconditional loyalty to Victor, in spite of having doubts about his experiment, and that's basically the entire film a in nutshell.

On the surface, "Victor Frankenstein" has all the right ingredients to be a great movie, and it's entertaining for the most part. However, it falls apart because it doesn't seem to know where the focus should be. One minute, the film focuses on being a love story between both Igor and his love interest. The next minute it becomes a story that emphasizes on the relationship between Igor and Dr. Frankenstein, while the next minute it plays itself like every other "Frankenstein movie; complete with the stereotypical questions of is it right to play god or not.

And to make matters worse, it doesn't even seem like most of the characters learn anything. Sure, Igor learns to think more independently on his own, as he did start off as a silent hunchback that just accepted the way things were, to where now he basically stands up for what he believes.

But apart from Igor, the rest of the characters don't ever seem to grow. Dr. Frankenstein doesn't learn from his mistakes. If anything, he's portrayed a stereotypical over the top silly mad scientist archetype, which is fine if that's what you're going with. In fact, it seems like James McAvoy relishes in playing the mad scientist role, but it does undermine a lot of film's serious emotional moments.

As for Igor's love interest, she's probably the least interesting character throughout the entire film. The romance between them feels a bit forced half the time. Not to mention it doesn't add anything of value to the movie itself.

The problem with this film is that it doesn't seem to know what it wants to be, which makes it kind of confusing on how we're supposed to look at it. Is it a love story? Or is it a film that centers around Igor and Dr. Frankenstein's friendship? Or is this a retelling of the classic "Frankenstein" story told through Igor's perspective? The story tries so hard to cover all these questions, at once, that it barely gives you enough time to get to know any of the characters; apart from Igor.

Sure, the special effects are nice, and the cinematography helps capture that Gothic feel and tone for the movie itself.

But apart from that, the rest of the movie shows a lot of promise, but it fails horribly on execution. It's a damn shame too because if the script had been reworked, then this might've been a great movie. As it stands right now, it's a decent popcorn film that's worth checking out on Netflix or basic cable, but I wouldn't go out of my way to see it in theaters.