There’s no denying that Jung Yong Hwa is popular and is bankable as an artist right now, but chances are most appreciate him more for his variety skills and good looks rather than his songwriting and composition genius.

Jung Yong Hwa is also an extremely gifted composer, not just for his band, but for other artists as well. In case you want to dig deeper into his work as a composer, here are 10 compositions that you can look at first:

Yonghwa is now 27 years old and the song is a reflection of the past 27 years of his existence. Here, he reveals how the glitz and glamour of KPOP often hide his deepest thoughts and experiences that are not always good. Some of those are lonely and some painful.

"I see more wrinkles on my parents’ faces, I should’ve been better to them"

The line hints some regret. Yonghwa started training when he was in highschool and has worked non-stop. He has always been busy and has once told in an interview that his vacations don't last a week, giving him limited time with his family. This is one of those moments when he realized that his parents have grown old and he lost the chance to be a "son" to them when they were young enough to enjoy him.

The ironies in life: that when you are a child, you envy the adults and their authority/freedom, yet when you grow into an adult, you envy the children for their carefree lives.

Yonghwa grew up, perhaps, too fast in hindsight. Before he knew it, he has lost touch with the friends he grew up with and has gone on to live a life very few can understand. 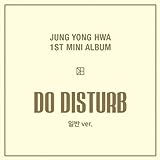 Go Your Way is about pushing through, rushing, running, going for what your want, no matter what. It's telling you to take in all the hardships, don't pay attention to the distractions. Once you set yourself on something, just go, no matter what.

Probably one of CNBlue's hardest sounding songs. The guitar solo is prominent and there is almost no "rest" between the lines.

However, the most prominent characteristic of the song is the subtle genius behind the lyrics. It demonstrates how Yonghwa has evolved as a songwriter. He has learned how to use metaphors and become more poetic.

There will be no answer, anyway, until you get there.

A simple line that makes you realize how things will forever remain unanswered, unfinished unless you get to you finish what you started.

Today is not a mistake in its own way.

No matter how difficult today is or the mistakes you made today, it's not really a mistake if you look at it from a different perspective.

Thank You has been the staple closing song of CNBlue. On the surface, it seems like a song of appreciation, directed towards a partner. Towards the end part of the song, it is revealed that the couple are facing a challenge, but the singer asks the other person to never forget their love for each other, and that they will never change no matter what.

Did you know there is a girl idol group in Japan with an average age of 80+? Click here for the craziest idol group concepts in Japan.

The song has been reinterpreted as CNBlue's love song to their fans. It is when they serenade the millions of people supporting them, telling them not to forget that CNBlue loves them just as much as they love CNBlue.

his is actually one of Yonghwa’s earliest jabs at songwriting, so it’s not surprising that the lyrics are raw and unpretentious, lacking any layered meanings or deep metaphors. However, even at this early stage in his songwriting career, Yonghwa already exhibits an uncanny knack for coming up with lyrics that flow so well with the melody. It is one of those cases where the song is just so easy to listen to that you don’t really mind if there’s no deep hidden meaning or lesson.

If these Korean musicians and Idols collaborate, it will take our breath away.

The song is a ‘thank you’ song dedicated to someone whose positive presence made a person’s life worth something. The “star” in the title is a reference to how a person can shine and bring light to someone’s heart, when the world itself seems gloomy.

Don’t let the “You’re my love, I love you” part of the song fool you into thinking that this is a romantic song dedicated to a single person, because Yonghwa specifically wrote the song as an ode to his fans. All the affection and gratitude in the lyrics is directed at the people who supported him and CNBlue throughout the years, and in a way, this song has become the official anthem of Yong Hwa’s fans club.

#5- Man In Front of the Mirror

If the danceable nature of the song hasn’t given it away yet, Man in Front of a Mirror is a “pick me up” song that tells people to lighten up and take things slow, and that the secret to happiness is usually something as simple as looking at the person staring at you in front of the mirror and having a laugh.

Man in Front of the Mirror demonstrates Yonghwa's versatility as a songwriter. In this song, he managed to combine reggae and pop that produced a tune that defies genre.

He also created to very percussion-dominated song. Being a guitarist, he is known for going for those string solos. In this song, he has given up the vanity of solos for very controlled guitar notes that support the percussion and bass.

There is also the lyrics. It is very relatable in this day and age, when people are so focuses on their careers that it starts to dominate their life to the exclusion of all else, even their own happiness. The song is a gentle reminder that you need to set aside some time in order to kick back, relax, and have some fun. 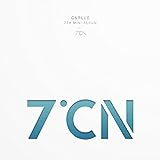 This song, if we’re only going by the lyrics, feels like an ideal soundtrack to You-and-Me-Against-The-World types of movies like Thelma and Louise or Natural Born Killers. It’s about a couple who seem fed up and want to get away from it all.

If you expect sugary sweet kpop lyrics based on what Jung Yong Hwa looks like, the lyrics may throw you out for a loop because there’s an edgy tone to the words; “I wanna feel. I wanna bleed.” and “I wanna scream out in the night” give the lyrics a rebellious edge.

Yonghwa is not known for a "rebellious" attitude but listening to this song (among others) gives you the idea of just how multi-dimensional he is as a person and as a singer.

This is especially proven with just how he changes the meaning of the whole song with just one line. As the song progresses to talk about just how a certain person wants to rebel, he suddenly says "I wanna be like you". No, the song is not a collection of thought thrown to the universe, it is directed at someone he envies and admires for having the freedom he doesn't have.

Try Again, Smile Again serves the same purpose as Star, You in the sense that it is dedicated to fans. The main difference is that this is not a thank you song exclusively dedicated to Yonghwa’s fans, rather, it is CNBlue’s ode to the band’s fans and listeners.

Another difference between Try Again, Smile Again and Star, You is that it’s not a thank you song but more of a promise. The song outlines the things that CNBlue plans on doing for their fans, including “bigger halls and albums” without losing their passion and concentration, even if they feel under pressure.

It is also noticeable how Yonghwa managed to transition the sound of the song to different genres whenever he moves to a different stanza. It sounds like a marching band in the beginning. He then moves to a more acoustic feel and then towards a more rock 'n roll in the chorus. Towards the end of the chorus, he gives it a ballad feel.

All these he did without throwing the song off. It sounds whole and unified. Not many can do that.

In My Head is a torch song, although it is not clear whether the object of affection in here is someone who’s oblivious or someone who doesn’t exist yet. It’s obvious that the singer is pining for someone, but given the ambiguity of the lyrics, it is possible that he is pining for an idealized version of a lover, hoping that he meets someone who fits his needs.

There’s a lot of interesting imagery in In My Head. From being stranded in a desert without water, to flying and even an allegory for gambling, where the singer likens his chances of being with his love to the roll of a dice and the succeeding wait for the answer.

Yonghwa has demonstrated his ability to become a narrative writer through a song. It is hard enough to form images through words in a novel where the writer has free reign on the length but Yonghwa managed to form detailed images with limited measures that a song provides.

Run is about unshackling oneself from boring routines, dismissing conformity, and just doing what one wants with his life.

In an age where people are usually pigeonholed into cookie cutter careers if they want to live a comfortable life, Run is the perfect anthem as the lyrics paint the picture of a suit-and-tie employee finally running away from it all and achieving his potential, instead of trying to fit into whatever role society has placed on his shoulders.

Notice how Yonghwa matched the voice and tone to the lyrics and escalation of the emotion. In the opening, it feels like he is whispering, as if hiding from something. As he moves to the chorus, he sounds angry and angsty and pissed, as if really freeing himself from a prison he allowed himself to be in.

Probably CNBlue's most structured and classic sounding song to date, Like A Child is a reminder for everyone to live life like a child.

What is interesting is how Yonghwa chose to put a complicated melody and set of instruments to a song that communicated simplicity. You can hear the orchestra in the background almost from beginning to end. There is the hard hitting guitar rifts and hard sounding bass and drums. Yet, he sings of how we should live "like a child".

The use of “child” and the numerous mentions of the heavens/sky, as well as the words “frozen city” will make you think of an angel, or to be more specific: a cherub. There’s also a part towards the end that specifically mentions angels. However, this does not necessarily mean that the song is about actual angels. It’s most likely a roundabout way of comparing a beloved person to an angel.