Celebrate Pi Day with a Movie

The key to choosing a great movie to watch on Pi Day is to find something that can bring out your inner mathematics genius by watching a movie about math, particularly one that doesn't really expect you to know any math, with shy, socially awkward characters. They will make you feel better about your social skills.

Sure, you can watch the movie Pi, but you want to show some creativity, don't you? Besides, if you are going to have a real Pi Day celebration, you don't want to keep offering the same movie over and over again. You can watch Pirates of the Caribbean, but that really doesn't count, since the movie isn't about math, and the only real connection are the first two letters of the movie. Wouldn't it be great if you could break out a different movie about math? One that wouldn't be disputed as an authentic Pi movie?

Here's a list of great movies that are associated with math. They are fun to watch, and you don't have to do any mathematical calculations to watch them, although you might learn a thing or two from watching them.

This movie is based on a true story. An MIT math whiz joins a group of card counters and goes gambling at the blackjack tables in Los Vegas. They study during the week, and gamble during the weekends. Kevin Spacey plays the vindictive professor who organizes the team and Jim Sturgess plays the financially struggling math whiz that has been accepted to Harvard Medical School.

Based on a true story about John Nash, Russell Crowe plays a brilliant but asocial mathematician and his lifelong struggles with mental health. He is enrolled as a graduate student at Princeton and attempts to come up with a unique mathematical theorem. He becomes a professor at MIT where he meets and marries Alicia. He loses his grip on reality and becomes diagnosed with paranoid schizophrenia. He withdraws from society, but he eventually makes his way back to teaching and researching, even winning a Nobel Prize.

This movie is my favorite pick for Pi Day. Mona Gray (played by Jessica Alba) is a quirky girl who hides in a world of numbers and is offered a job as a math teacher. She has a shy romance with the science teacher. All the characters have odd little habits and many are eccentric loners. Don't try to psychoanalyze or diagnose any of them though. The editorial review on Amazon says it is "second chances, emotional equations and calculating the power of love." It is a quirky movie, not always realistic, which makes it even more perfect for Pi Day.

Bonjour Monsieur Shlomi is an Israeli drama comedy, so you will likely need to read the subtitles. It is about a boy named Shlomi who takes care of everyone in the dysfunctional family and tries to keep the peace and make everyone happy by cooking for them. He is failing his classes at school because of the lack of time and concentration. One day, a routine math test arouses the suspicions of Shlomi`s math teacher and school principal.

Flatland is a short half-hour animated film based on a novella. This one has voices from actors Martin Sheen, Kristen Bell and Tony Hale, but there is another Flatland movie as well. The characters live in a two-dimensional world, under the rule of the evil Circles who are determined to keep the third dimension a secret, at any cost. "Combining action, drama, geometry, and sociopolitical commentary, this moving story challenges audiences to grasp the limitations of their assumptions about reality and to think about the possibility of higher and previously inconceivable dimensions (both literal and metaphorical)."

This movie is suitable for children, but adults will also enjoy it and find it thought provoking.

Fractals is a documentary by NOVA about fractals, the irregular repeating shapes that are found in everything, including cloud formations, flowers, tree limbs, stalks of broccoli, craggy mountain ranges, and even in the rhythm of the human heart. You learn about a group of mathematicians who decipher the rules that govern fractal geometry. This is math being used in real life in ways you may not have imagined.

Ben Afleck and Matt Damon star in this movie about a math genius who works as a janitor at MIT. He was an orphan raised by a series of abusive foster parents. He gets the help of a psychiatrist, played by Robin Williams. It is a touching, inspirational story about one man's struggle to overcome his troublesome past while reaching out to grasp life, love and happiness.

If you are not sure how well other people will take to finding out about your inner geek, then Good Will Hunting is a great movie to watch with them, as it is a very popular movie that has stood the test of time.

If you enjoy watching spelling bees, particularly documentaries about spelling bees, then this documentary is for you. There are no actors, only real people who are participating in the world's toughest math contest, The International Mathematical Olympiad. You follow six gifted American high school students as they make their way through the contest, competing against 500 students from 90 countries.

In the Hive
Buy Now

In this 2013 movie, a troubled sixteen year old boy, Xtra Keys, is sent to a special school called The Hive. He lives with his son, girlfriend, sister, brother, and a boozy mother. His father is in jail and Xtra and his father are both members of a gang. At the special alternative school, which is based on an actual school in North Carolina, he shows his excellence in math and computers. It is rated R.

Numb3ers is a television show that played on CBS for six seasons. Pick a season for a marathon of TV watching. Starring Rob Morrow and David Krumholtz, two brothers solve crimes. Don Eppes is an FBI agent who gets help from his mathematical genius brother Charlie to solve a wide range of criminal cases in Los Angeles. Through this show, we learn about the wide range of ways numbers and mathematics can be used in fields that we would not expect.

Proof is an American drama film starring Gwyneth Paltrow, Anthony Hopkins, Jake Gyllenhaal, and Hope Davis. It is based on David Auburn's Pulitzer Prize-winning play of the same title. Gwyneth plays a daughter of a brilliant mathematician who has recently died who cared for him during his waning years. She is afraid she may have inherited her father's mental illness. Jake plays a student who is looking through the piles of her father's notebooks.

Edward James Olmos received an Academy Award nomination for Best Actor for this film. Stand and Deliver is based on a true story about a high school math teacher, Jaime Escalante, from the barrios of Los Angeles. He successfully motivated the disadvantaged kids to pass an Advanced Placement Calculus Test. This movie is the one that comes to mind for most people when they are searching for a math movie. 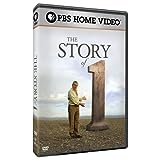 The Story of 1
Buy Now

The Story of 1 is a BBC documentary about the history of numbers. It is not a drama, like most of the others, but it would be great to watch with the kids and learn a thing or two about the history of math. Why not use Pi Day as an excuse to learn something new? Using humor and computer graphics, ex-Monty Python member Terry Jones shows the history and importance of numbers, including the discovery of zero.

THE STORY OF MATH
Buy Now

The Story of Math

This is not a drama, but a documentary about the history of math. It is taught by Marcus Du Sautoy, a mathematician who has a knack for storytelling. It isn't just about the numbers - it focuses on the characters and the historical places, and the drama created by people trying to get credit for new discoveries. Who knew math could be interesting?

There you have it, some math movies to properly celebrate Pi Day. These movies can be broken down into three categories.

1. These movies are great for keeping your geekiness down to a minimum and maintain a social standing:

2. These movies have a great balance of bringing out your geekiness without risking your social standing too much:

3. Finally, these movies will allow you to let the inner math genius out with abandon, without a care for your social standing. They are also great to watch with your children, especially if you are home schooling them.

Whichever movie or movies you choose to watch, it will be a great part of your Pi Day celebration. If you know of any other good math movies, please be sure to list them in the comments.

I hope you have a very Happy Pi Day!