The average person can’t imagine life without a cell phone these days. But what if you’re a superstar celebrity? If you have the money to afford a horde of personal assistants who can take messages for you and deal with the details of your daily life then you might not need a cell phone. Sure there are some celebrities out there who love their mobile phones (Beyonce and Beckham come to mind) but there are also a lot of famous people who just don’t see the need to carry a cell phone. After all, these are people that spend a large percentage of their lives trying to get away from the people who are trying to get a hold of them.

According to a report by Forbes on the use of technology (or lack thereof) by the stars, these following celebrities don’t bother much with the use of the cell phone:

The actor revealed on MTV last year that he just doesn’t do cell phones. When asked what the reason was for his distaste of the mobile phone, he revealed that it’s really just a distaste for the idea that people can get in touch with him whenever they want to. He doesn’t mind using a mobile phone when he wants to call someone; he’ll just borrow a buddy’s if the need arises. But he’s got no interest in carrying a phone of his own because he would prefer it if people couldn’t get in touch with him. Basically, he likes the ability to get in touch with others but he’s not all that interested in the reverse situation.

Well it’s of little surprise that this crazy actor doesn’t want anything to do with technology especially since he’s linked with longtime involvement in the Church of Scientology. A man that has such important things on his mind doesn’t need to be rooted in the reality of the world by a cell phone. He’s not totally against cell phones, though. He’s been known to give them as gifts to other stars like Dakota Fanning.

The famous singer has been around creating his art for a long time and there are a lot of days when he wishes that he could go back to the past. He loathes all forms of advanced technology and that includes cell phones which he most certainly doesn’t use. He’s gone so far as to suggest a temporary multi-year global ban on the use of the Internet so it’s a safe bet to assume that he’s not excited about the advancing technology that allows for mobile broadband use.

This is another celebrity that prefers life in a simpler time, at least when it comes to the use of technology. He’s well-known as a celebrity that doesn’t have a cell phone and doesn’t ever desire to have one. When you’ve got fifty years of movie-making behind you, you’ve also got people to take of your calls for you.

This writer is known for his sense of humor and one topic that he’s been funny about is the prevalence of cell phones in society today. Sedaris himself doesn’t own a mobile phone. He does have a landline phone but he keeps it simple and avoids common phone services like call waiting. He’s also one of those celebrities that doesn’t bother with email.

She has her own television talk show and she’s known as the real star of America’s Next Top Model but don’t expect to reach this famous lady on her BlackBerry these days. She used to have one and she admits that she loved it but then she found herself on the thing all of the time. This caused her to actually develop physical problems caused by the pain of repetitive strain from overuse of the smart phone. She’s not a total avoider of the mobile phone but she now prefers pen and paper to the use of the BlackBerry.

This Foo Fighters singer is also a BlackBerry owner who really doesn’t use the phone much. He’ll go so far as to place calls through the smartphone but he’s not interested in taking advantage of the advanced phone features that are available to him on this expensive wireless gadget. He’d just rather not bother with those complicated things. So, he’s another celebrity who is willing to use the mobile phone but only in limited form.

The British man who was made famous by his role as judge on American Idol is reportedly not a big fan of the cell phone. He’ll use one. He even owns one. But reports indicate that it’s a super simple model that he doesn’t use all that often.

Okay, so the real Sarah Jessica Parker has no problem using modern cell phones. However, if you were one of the many people who flocked to see her latest movie, Sex in the City, you know that it featured attention to the lack of interest she has in modern mobile phones. The movie showed her using standard mobile phone technology without a problem but avidly avoiding use of the modern iPhone because she just wasn’t that technologically advanced. Parker may be fine with the cell phone but her most famous character, Carrie Bradshaw, will stick to the simplest technology. 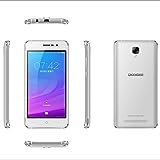