Time to Return the Favor

Taxicab drivers have been terrorizing us for many decades. Isn't it time to turn the tables on them? How many times have you been in a cab and the driver gets completely lost, yet wants to charge you the full cab fare? What about the cab drivers that drive 30 miles per hour over the speed limit? Have you ever been hit on by a creepy cab driver? Well, I have! My friends, let's find some fun and interesting ways to scare cab drivers.

I can't tell you how much I dread getting in a taxi cab sometimes. Sure, there are wonderful taxi cab drivers out there. And then, well, there are some very special drivers out there, too. You never know which one you are going to get. If you are lucky, he is friendly, but not overly friendly. If you are lucky, the car's engine does not stop in the middle of the road several times during your trip (oh yes, I have experienced that as well).

I am sure it is equally scary being a cab driver, so why not have a little fun with the driver? Why not give him something to talk about? Let's explore some ways you can scare (and totally entertain) your taxi cab driver.

When getting in the taxi cab, explain that you need to get home as quickly as possible. Mention to your cab driver something crazy is about to go down. Tell him not to pick up anyone dressed in green that day. Let him know the "code phrase" for the alien invasionis, "Can we stop at McDonald's along the way?"

If possible, make sure to get on your cell phone and pretend to make calls warning everyone you know about the invasion. Tell them the aliens are going to look just like everyone else except they will be wearing green. Check to see if the cab driver is now paying special attention to people wearing green or if he is watching you in a disturbed way through the mirror. Either way... hilarious!

2. Create Your Own Language

Start talking in absolute jibberish and see if your cab driver notices! He might actually believe you are simply from another country and don't speak the language. The weirder you make your newly invented language, the more likely your cab driver will think you are a nut. Fun times!

If you live in the city with many cab options, jump in the first cab that picks you up and tell him to drive as fast as possible away from a randomcar behind you. If you creep him out and he tells you to get out, try it with the next cab and keep going until you find a taxi cab driver willing to take on this mission. Somewhere out there, a bored cab driver is just desperate for this type of excitement.

Once you've found your cab driver, keep pointing out different cars with people that are out to get you. Keep your cab driver confused the entire ride. Let him know your enemy could be anyone in any car. Once he finally gets tired of you and kicks you out, or he gets to your destination, let him know you suspect he was "one of them" all along.

4. This Ride is for the Dogs

This gag is reasonably easy to pull off without any preparation. Start barking as soon as the cab driver pulls away with you in the car. If you can start drooling, this will really sell the taxi cab driver on the idea that you think you are a puppy. Howling and chewing on a chew toy can only help you further convince the cab driver your are completely insane. If all else fails, start barking at any dogs you pass on the street and any postal workers. The cab driver will be happy to get you to your destination as soon as possible.

See if the taxi cab driver can get you to your destination in less than 30 minutes. Make sure to tip him well if he manages to do it. If you let him in on the joke later, make sure to give him a slice of pizza.

If you can find one of those realistic looking dolls that cry, take a ride with a taxi cab driver and freak him out. You can cradle the "baby" for the whole ride and pretend it is a real child. If the cab driver is clearly not believing you are the proud mama or papa, then you can have some real fun yelling at the baby and making it cry. Keep saying crazy stuff like, "I hate this whole parenthood thing! Stupid baby!"

If, on the other hand, you are totally convincing and the cab driver believes you have a baby, you can have some real fun by pretending to drop the baby at some point during the ride. You could also leave the baby behind when leaving the cab. When he kindly reminds you to take the child, tell him that wasn't your kid anyway. You just found the baby on the street and thought it would be fun to hang out with a small child for a bit.

Have you ever gotten into a cab and the driver just starts throwing out questions? Sure, he might just be conversational, but after a while it starts to get just too up close and personal. Well, I say turn that interrogation around on him. You can ask just as many awkward questions, too. He might even be a good sport and answer all your questions. Then you can learn more about your cab driver than you ever wanted to know about him.

"Would you wear underwear on your head if it was considered stylish?"

"Who would win in a fight? Miley Cyrus or Justin Bieber?"

"Would you like to hear me sing some Justin Bieber songs today?"

"If you were in a race with that car over there, who do you think would win?"

"Have you ever considered painting this car pink?"

"Have you ever considered painting your hair pink?"

"While we are on the subject, what do you think of the color pink?"

"What do you think of the singer Pink?"

"Would you like me to sing some Pink songs instead of Justin Bieber songs?"

"What about wrapping presents? Are you good at that?"

"What do you think about giraffes?"

"And how about monkeys?"

"Do you secretly pick your nose when you think no one is looking?"

"Do you think fast food restaurants should add spaghetti to their menus?"

"Have you ever picked up any celebrities in your cab?"

You can stay entertained for hours going on like that. Naturally, you probably won't want to be in a cab for that long because that would be costly, but oh, the fun you will have until you get to your destination... or the driver kicks you out.

Taxi Dave Throws Down Some Rhymes a Minute Into This Video

The opposite of being overly chatty and asking inane questions would be asking or saying absolutely nothing at all. I will bet that is wayyyyyy creepier than asking too many questions. Hand over a sheet of paper with an address written on it, sit down quietly, stare blankly ahead without moving, and don't say one word throughout the entire ride. Your poor taxi cab driver won't know what to do.

At the end of the trip, simply hand over the money (perhaps with a nice tip to compensate for being so creepy) and then walk stiffly away. You will be such a mystery to that cab driver. If you paid well, he probably won't even care. 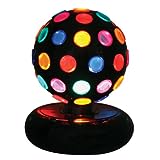 9. Get the Party Started

This gag will take a few friends to pull off. Everyone get dressed up as if you are going out for a night on the town. This will be even funnier if this happens at a time when partying typically does not occur. I would say 11 A.M. on a Sunday would make this great.

Get in the cab with a small disco ball, play some music on a phone or MP3 player, and dance as much as 3 or 4 people all stuck in the backseat of a cab can dance. If the cab driver looks like he wants to kill you, turn the music down. If he looks like he wants to party with you guys, a good time can be had by all.

10. Your Moment in the Spotlight

When your taxi cab driver pulls off, start regarding the cab as your limo and the driver as your chauffeur. Make sure to ask him where the wine you requested is located in the cab. Also mention your butler, Bertram, is expecting you to arrive in less than 20 minutes at your destination.

If possible, dress the part. You can dress like a celebrity or just pretend you are an important celebrity even if you look nothing like that person. Even better, pretend you are someone that passed away years ago, like Marilyn Monroe or Elvis Presley. That will surely confuse any cab driver.

It is all about having a good time while giving your taxi cab driver an interesting story he can tell for the rest of his life. Of course, sadly, he has probably picked up way weirder people than you. So if he looks too afraid, go easy on the guy. Letting him in on the joke or giving him a good tip is always a nice idea, too.

Have you ever been on a scary taxi cab adventure?

Even More Annoying Things You Can Do...