Yes, here we have 10 best facts about the Manic Street Preachers!

If you aren't aware of the story of this 'Supergroup', here is a chance to learn.

If you are aware of this band, well, there just might be a fact here that you didn't know!

Like the dips and turns of the valleys and hills of their South Wales background, their journey to fame has been warped with excitement, adventure and controversy.

Some would say political in content, whilst many would sense sincere tragedy - like the black dog on Richey Edward's shoulder.

The shadow of depression hovers like a cloud around the band that shocked the UK in the 90's.

They were the voice of a 'useless generation'.

- 'This Is My Truth, Tell Me Yours.' Quoted From Aneurin Bevan -

This Is My Truth, Tell Me Yours 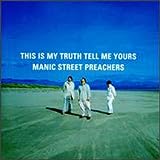 This Is My Truth Tell Me Yours
Buy Now

Fact 1 - This Is My Truth Tell Me Yours

As it should be, the above quote is well known to Manic Street Preachers fans. 'This Is My Truth, Tell Me Yours' was the title of their fifth album of the same name. Alas without Richie Edwards who was, undoubtably, the most eccentric driving force behind the band. This album, therefore, was the second one without his involvement.

The title is significant and inline with the Manics advocation of socialist and political issues. Aneurin Bevan, from whom this quote originated, was a Welsh Labour Politican. It was during a speech that he first said 'This is my truth, tell me yours' and, of course, Bevan will never be forgotten as a great contributor to the birth of the National Health Service. 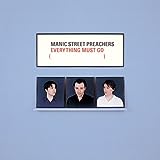 Everything Must Go
Buy Now

On the same lines, 'This is my truth, tell me yours', was the first album that Nicky Wire (real name Jones) wrote all the lyrics for. James Dean Bradfield and his cousin, Sean Moore, wrote the music in collaboration.

This was unique because the album's style was much more acoustic in nature and helped the Manic Street Preachers anchor more into mainstream music, after their outstanding breakthrough fourth album 'Everything Must Go' (1996).

It was Richey James Edwards who, before this album, was the main lyric writer and designer for the band, but has been cited as the sole lyric writer for three songs on 'Everything Must Go':

"I am depressed ... without phone ... money for rent ... money for child support ... money for debts ... money!!! ... I am haunted by the vivid memories of killings and corpses and anger and pain ... of starving or wounded children, of trigger-happy madmen, often police, of killer executioners...I have gone to join Ken if I am that lucky."

We have already established that Richey Edwards wrote 'Kevin Carter' on 'Everything Must Go'. But do you know where the inspiration of this came from?

Kevin Carter was a Photograph Journalist who suffered with bouts of depression throughout his life.

On a trip to Sudan, he came across a starving Sudanise toddler. This was to become his award winning picture of the girl, seemingly awaiting her death, by a vulture.

He was critised for taking the photo, instead of helping her in her hour of need, and was sold to the New York Times. It was awared the Pulitzer Prize For Feature Photography May 23rd 1994. It was the 27th July 1994 that he took his life by carbon monoxide poisoning from his own car fumes.

Kevin Carter died at 33 years old. The photos taken demonstrated much of the suffering of starving people in the Sudan and this weighed heavily on his mind.

It is the Manic Street Preachers, particularly Edwards, that his story had a profound effect on them, enough to inspire the song.

Fact 4 - Small Black Flowers That Grow In The Sky

"Small Black Flowers That Grow in the Sky" was quoted from the film, 'The Best Years Of Our Lives' and was an expression of the maltreatment of animals in captivity. This is fact 4, however, in terms of speculation, some have deciphered this as: 'Big White Animals That Die In The Zoo'.

It has also been thought that this song was a comparison to Edwards own maltreatment - he was a self harmer - and indicates his depression. This track is listed on Everything Must Go.

Buy The Holy Bible By The Manic Street Preachers Here 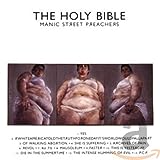 More From The Manic Street Preachers - You Can't Forget These!!! 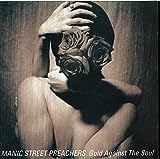 Gold Against the Soul
Buy Now

As reported by the Manic Street Preachers, the Holy Bible was incredibly enduring to produce. It was their third album.

Richey Edwards was heavily drinking, unresponsive and self harming - although produced what he was good at - lyric writing.

Bradfield, in an interview, told how the project came together with "academic discipline" and described "each song is like an essay".

However, going back to their musical influence - Joy Division, The Clash, Magazine and Gang Of Four - these elements helped them to focus on the themes of human suffering. As a result, the album became a roaring success and helped them to break through.

Fact 5, therefore, highlights the importance of The Holy Bible as the album that helped to elevate The Manic Street Preachers to rock stardom... but it was what happened next, in Fact 9 that, sadly, brought about fundamental change.

Motorcycle Emptiness Can Be Found On The Album Generation Terrorists 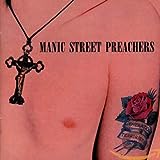 At the end of 1999, and beginning of the year 2000, the Manics played through the midnight hour, celebrating the millennium. Of course, this was in their home country of Wales and it's capital - Cardiff. What could be better than performing at this time at the Millennium Stadium?!

Not only did the band sell out the 54,000 tickets a month before the event, but set a European indoor crowd record.

They were the first to perform at this venue, which was especially built to celebrate the marking of the new millennium - hence its name, but the event also marked their 10th anniversary.

The new year was brought in, and Internationally broadcasted via satellite, with Motorcycle Emptiness, followed by an acoustic cover version of Can't Take My Eyes Off You, sung by James Dean Bradfield.

The DVD Leaving the 20th Century was made of the event.

Richey Edwards has been quoted on Lords: "Traci Lords is female power!"

Nicky Wire: "Everybody thinks "Traci Lords - dirty slut", but she's actually one of the most articulate Americans we have ever met."

Little Baby Nothing On Video

In May 1986, her producers and agent was arrested for exploitation of a minor by the FBI.

You can read a short biography of her career by clicking on a link in the resource box to her facebook page.

Why not take a look at the video and note what great looking women the band make - especially Wire!!

Little Baby Nothing On DVD

You can purchase Little Baby Nothing on the DVD Forever Delayed below. This is a compilation of many of the Manic Street Preacher's hits - a wonderful addition to anyone who loves Manics music.

In 2001, the Manic Street Preachers played Cuba. They were the first popular band to do this in Cuba's Karl Marx Theater. In true socialist style, which forms the basis of their fundamental belief system, this was a dream come true to the band members.

Apparently, for a very long time, James Dean Bradfield own only a black and white t.v. in his parent's home, for example. Even today, he frequents his local public house in the dock area of Cardiff, Wales. The manics still attempt to keep grounded within the constraints of fame.

It is no wonder, therefore, the three members were thrilled and in awe of Cuba's Fidel Castro when they met him during their time in this country.

In the clip below, you will hear the dilema the press had in printing a picture of Edwards self harming example in 1991. He carved 4REAL out of the flesh of his arm after an argument with NME journalist Steve Lamacq. He had questioned Edwards on the Manic's authenticity in their beliefs.

Fact 9 - The Disappearance Of Richey Edwards

If you are a Manic Street Preacher fan, fact 9 would be of no surprise to you. However, how could I not include it? It is the major factor in what makes the Manics who they are today!

Richey Edwards disappeared on the 1st February 1995 and pronounced deceased in November 2008 - even though a body has, to this day, been undiscovered.

Suffering with depression, Edwards withdraw £200 a day for two weeks proceeding the disappearance.  There have been several sightings documented - one of which states a taxi driver taking him on an excursion around the area that he grew up in as a child - Blackwood, Wales.

His car was found abandoned at a petrol station near the Severn Bridge in Wales and it appears that he had lived in it.  There is even a report that he was spotted at Newport Passport office, within a two period preceding the 1st February, until the 17th February, where his car was reported as abandoned.

Although he is prosumed dead, the mystery has still not been resolved and continues to be forefront in the minds of the three band members left behind.  We can only hope that he has joined a retreat in an effort to get away from the limelight.

A Version of Reason: In Search of Richey Edwards 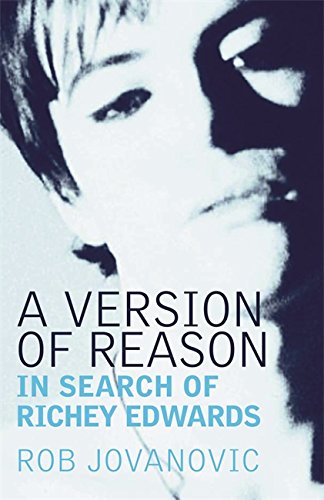 A Version of Reason: In Search of Richey Edwards
Buy Now 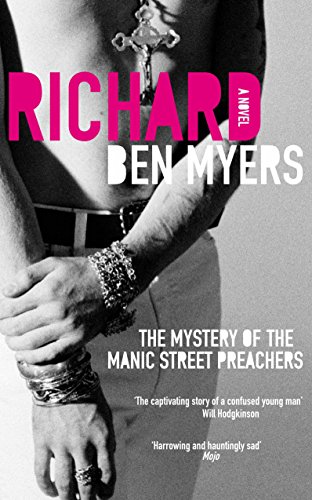 A Version of Reason: In Search Of Richey Edwards by Rob Jovanovic is a book that has been well researched by back-tracking Edwards last known steps. Having read the book, it is highly likely that he isn't dead and there appears to be lots of easily dismissed evidence during the Police investigations.

Although I haven't read Richard by Ben Myers, this book tells a story as if Edwards had written it himself and I felt that I needed to bring this to your attention. If any of you have read this book, I would be delighted if you would comment on it here.  It is still a fairly new release.

New - Some Kind Of Happiness

Some Kind of Nothingness
Buy Now 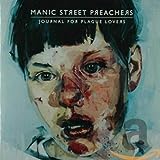 The lyrics to this album was totally written by Richey Edwards and was released in 2009. The Manic Street Preachers created a musical scene around his lyrics, after he had given each of the band members a copy prior to his disappearance.

It looks like the Manics have now come full circle and, as if to lay Richey Edwards to rest, A Journal For Plague Lovers seems to be the natural progression to a friend lost. It is in honour and with sadness that this has been released.

Journal For Plague Lovers is a legacy given from a sensitive man to a Useless Generation. Without Richey James's suffering, would the Manics be the people that they are today? I think not, but I guess some things are just supposed to be!

Well, there you have it. 10 best facts about the Manic Street Preachers! I hope you have enjoyed this and that there has been something here that you have learned here. Please feel free to take a look at my other articles and remember - 'Libraries give us power!'