Guilherme Radaeli is a lawyer, writer and blogger born in the state of São Paulo, Brazil. Part-time techie and overall mad lad.

Either because of linguistically different origins, regional and cultural influences or just being damn weird, pretty much every language in the world has produced expressions which are nigh impossible to translate to other languages, specially English. These unique meanings, lost in the great abyss of human language's limitations, and often seem funny, strange or absurd to English speakers, when translated literally and without considering their context.

Read on and start knowing 10 obscure and funny expressions from different languages that will possibly leave you scratching your head. Maybe you'll even learn to use them in their respective places of origin!

Portuguese is the language spoken in Portugal, a romance language that originated from the now dead spoken vulgar latin. Described by celebrated Spanish author Miguel de Cervantes as "the sweet and gracious language", Portuguese is an extremely rich and complex language, full of different dialects and nuances. As such, it not surprising that it gave birth to many expressions that are impossible to directly translate into english.

Expressions such as "saudade":

"Saudade" can be described as "the feeling of missing something or someone". Its meaning is similar to "nostalgia", although nostalgia's original meaning relates to one's birthplace, while saudade is far more general and can be used in many different ways (mainly due to the Portuguese language's qualities, which make it far more flexible than modern English).

"Cafuné" is another Portuguese world that has no direct translation to English. It is mostly used in Brazilian Portuguese rather than original Portuguese (from Portugal), where it was developed.

In Brazil, cafuné roughly means "the act of running your fingers through someone's (usually a lover's) hair to make them sleep or provide comfort".

Example: "Eu quero um cafuné" means "I want a cafuné" when literally translated, which actually means "I want someone to run their fingers through my hairs and comfort me". 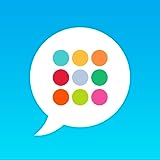 Finnish is a very special language in that it does not seem to originate from any other language, being one dialect that has evolved through the ages. Anthropological and linguistics studies show that the Finnish tongue may have existed since prehistory, changing through influences of other languages. It has no original relationship with either German or Latin.

It is known for its incredibly rich and complex nature, and only recently being fully transcribed. As such, it is full of unique expressions and words.

Reindeers are and have been quite important for the Nordic peoples since time immemorial. They provide milk, pelts and meat to many people. As such, its not surprising that the Finnish have a word specially created to refer to a large group of reindeer.

Its really makes sense if you think about it a little. Imagine a pair of Finnish hunters in a time before the iron age, carefuly searching for reindeers, and then one of them spots a large herd. Instead of telling his friend "hey dude! I found this large group of reindeers!" he would just say "tokka!" and point at the direction of the herd.

"Myötähäpeä" is a word every language should have. While it is nigh unpronounceable by an English speaker, its meaning relates to that feeling we inevitably get while browsing through any social media website.

"Myötähäpeä" means "a shared feeling of shame" or "the act of feeling shame on someone's behalf" (hence the facepalm).

"PERKELE" is a rather powerful and obscure Finnish world, perhaps originally used as an alternative name of Ukko, the chief god in the old Finnish Pantheon. With the introduction of Christianity, "PERKELE!" became a common interjection in finnish, roughly meaning "the devil!" and always spoken with great intensity. Today, it is considered a very energizing word, and must always be said with great intensity, altough it is also considered a curse word.

Colloquially, one could consider "PERKELE!" to be the Finnish equivalent of "fuck!"

And yes, you must always write it in all caps. Why? Because PERKELE!

Czech is a west Slavic language spoken mostly in the Czech Republic, but also in certain parts of Slovakia, mostly due to being very similar to the Slovak language. It is also somewhat similar to Polish and carries many loan words from both German and Latin.

As the world advanced into the modern age, so did the Czech language, adopting expressions to more properly represent aspects of daily modern life, such as "Prozvonit".

"Prozvonit" is a modern Czech word that roughly means "the act of calling a mobile phone only to have it ring once, so that the other person would notice and have to call back, allowing the caller to not spend any money with mobile phone credits".

Prepaid mobile phones are quite popular in the Czech republic, and to call you have to buy "phone credits" so that you can call other people. However, you are only charged if your call is successful (that is, when the other person actually answers). Therefore, by ringing only once, you make the other person curious, making him/her call back, therefore establishing a call that the original caller will not have to pay for.

Also, while we're on the subject of the Czech language...

Turkish or "Istanbul Turkish" is the most widely spoken Turkish dialect, and the official language of Turkey. It is spoken by about 70 million people in Turkey and spread around Europe (western and eastern) and Asia, being spread around during the times of the Ottoman Empire.

When the Ottomans (violently) took control of the lands of the Czech, the language and culture shock spawned one of the most impressive linguistic artifacts ever seen.

"Çekoslovakyalılaştıramadıklarımızdanmışsınız" isn't actualy a word. You see, Turkish is an agglutinative language, meaning it sometimes compounds words that are commonly used together in the same expression. It translates to "You are said to be one of those that we couldn’t manage to convert to a Czechoslovak". Its actualy used to refer to people that (at the time the word was created) didn't learn or couldn't speak Czech.

Think thats the biggest word/expression you've ever seen? You have seen nothing yet.

Yes, German. Modern German, or "Western German" is a west Germanic language (duh) that evolved from the original Germanic branch of Indo-European languages and is one of the most widespread ones of that family, alongside Latin. Its full of loan words from Latin, English and French. It is a very flexible language, capable of forming and adopting new words with great ease.

It is regarded as beautiful by Germans, and terrifying by everyone else. Why? Mostly due to the Germans special ability to form new words by compounding nouns, creating terrifying chimeras such as...

"Rindfleischetikettierungsüberwachungsaufgabenübertragungsgesetz" is, officially, the longest word in the German language, being composed of no less than 63 letters, and probably the longest word currently in use in the world. It referred to a certain law on the supervision of the labeling of beef.

This is actualy the shortened name of said law, with the full name being something like "Gesetz zur Übertragung der Aufgaben für die Überwachung der Rinderkennzeichnung und Rindfleischetikettierung" which means "Law on delegation of duties for supervision of cattle marking and beef labeling".

But wait! It gets worse! In 2003, a german decree was passed that dealt with some regulations regarding real-estate, and its shortened name was "Grundstücksverkehrsgenehmigungszuständigkeitsübertragungsverordnung" (67 letters) which meant something like "Regulation on the delegation of authority concerning land conveyance permissions".

It was eventualy reapealed in 2007.

This absolutely German word roughly means "an idea one has while drunk".

It can be used to indicate a bad idea, as in "were you drunk when you came up with this?", or an ingenious plan of some sort, as in "why didn't I think of this before?". Thus referencing both German habits of getting drunk and having ideas while drunk (both of the good and bad kind)!

And now that we're on the subject of drunken germans...

"Drachenfutter" is an adorable word that literally translates to "dragon fodder"... Which actually means "a type of gift a German husband will bestow on his wife because he stayed out late at night or otherwise engaged in inappropriate behavior".

If said wife does not like the gift, then this word can be used to refer to the (now probably dead) husband. Ingenious!

Have you ever came back late and tried to appease your justifiably angry wife with a gift?

If you liked this hub, make sure to check my other hubs:

Learn how putting that one picture of your gigantic demonic dog on your house ad may not be such a great idea after all!

Or how to find out if your ironic golden bust of Lenin and Marx making out is actualy made of gold!

Or even how McDonalds managed to come up with meals that are so mysteriously terrifying that it is a miracle it hasn't featured in a History Channel documentary (yet)!