10 Japanese HipHop Groups Worth Your Time

Japan's Hip-hop scene is rather informal and smaller in scale compared to other genres, particularly with regard to corporate backing, but it is still commercially successful. If you want to check out which groups are worth your time, you should start with these:

Here are 10 horror movies from Thailand that will scare you to the end of your wits.

Formed in 1989, the three-piece rap group Rhymester is one of the oldest hip hop acts in Japan. The group consists of MC Utamaru and DJs Mummy-D and DJ-Jin. They are also associated with various acts, including rock musicians such as Kiyoshiro Imawano, allowing them to gain fans even outside of the hip hop scene. 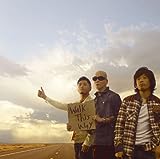 Founded in 1996, Dragon Ash consists of Kenji “KJ” Furuya, Makoto Sakurai, Tetsuya “DJ Bots” Sato, Hiroki Sugiyama, Atsushi Takahashi, and Masaki “DRI-V” Chiba. The group is one of the first Japanese groups to popularize Hip Hop in Japan, but they are mostly categorized under rap rock due to the metal and punk influences in their songs.

Can you imagine the kind of music Leeteuk will make if he goes solo? What about Yang Seungho? Click here.

Tha Blue Herb is a three piece alt-hip hop group from Sapporo, Hokkaido. The trio originally formed in 1997, and consists of MC Ill-Bosstino, producer/DJ O.N.O., and live DJ DJ Dye. The group is popular in the Japanese hip hop scene, but each individual member also has a following on their solo works, notably Ill-Bosstino who has worked with other popular acts such as DJ Krush and Audio Active.

M-Flo was originally a 3-piece hip hop group consisting of DJ and producer DJ Taku Takahashi, MC Verbal, and singer Lisa but the group was reduced to a duo when Lisa left the group in 2002. Instead of finding a replacement, M-Flo decided to start the M-Flo Loves… project, which has them supporting different vocalists over three albums, including popular femaleartists such as Koda Kumi, Bonnie Pink, and BoA.

Here are 10 Real Japanese crimes that should be turned into a movie.

RIP SLYME is a hip hop group that consists of MCs Ryo-Z, Ilmari, Pes & Su, and their DJ, Fumiya. The group cites old school hip hop as their primary influences, including notable western acts such as the Beastie Boys and Public Enemy.

Formed in 1993, King Giddra is one of the first few groups that frontlined the Japanese hip hop scene during the early 90s. Named after the 3-headed monster from Godzilla, the group consists of MCs K DUB SHINE, ZEEBRA, and DJ Oasis.

Home Made Kazoku (translates to “Family”) is a three piece hip hop group that was originally formed in 1996 and underwent a series of lineup changes, until they eventually settled on a lineup that consists of MCs Micro, Kuro, and DJ U-Ichi. The group is known for upbeat and singable hip hop songs.

Originally founded in 2002, the hip hop group Lead consists of Hiroki Nakadoi, Shinya Taniuchi, and Akira Agimoto, who all met each other while attending Osaka’s Caless Vocal and Dance School. They soon added a fourth member, Keita Furuya, but eventually lost Hiroki Nakadoi, bringing their roster back to three.

Commonly referred to by the acronym SDP, Scha Dara Parr is a three-piece hip hop group that was part of the first wave of hip hop groups to become popular in Japan. They originally formed in 1988 and debuted in 1990. The group consists of MCs Bose and Ani, along with DJ Shinco.

Formed in 1994, the rap group Shakkazombie consists of MC Osumi, Tsutchie, and MC Hide-Bowie. The group is known for kickstarting the careers of many artists, usually through collaboration with the up and comers.