Maknae is a Korean word that pertains to the youngest in a group.

Often, it comes with certain expectations or stereotypes. Maknaes are often the bullied (affectionately) by the hyungs (Korean term for an older man if the speaker is a man too). They are childish and often cause trouble. They are expected to be cute, a little naïve, irresponsible and generally just someone that is taken cared of.

This is not exclusive to Koreans, of course. Even in other cultures, the youngest is often perceived as the spoiled one. In Korea, it is a little highlighted because of the strong emphasis on age hierarchy. Older people are granted special privileges just because they are older. On the other hand, maknaes are also provided certain privileges just because they are young.

However, Korean entertainment has seen some of the most talented maknaes. In fact, some maknaes have eneded up being more prolific and/or successful than their hyungs.

Here are 10 of the most prolific maknaes.

Click here and read about the impressive transformation of Japanese idols to bad boys in movies that proved they are more than just a pretty face.

I wouldn’t say that being popular bothers me but there are times when I feel the pressure of expectations because despite being contented with what I have, I can't stop aiming for more. I have to be better. So from time to time, I remind myself to not be concerned with “How popular am I? How much am I loved?” but to put all of my effort into becoming better in the things that are important.

10 Songs written by CNBlue's Jung Yonghwa you must listen to. 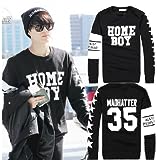 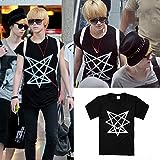 Maknae of 1N2D, one of the highest rated show on Korean TV of all time

Who is your favorite maknae?

Radwimps is probably one of the best bands to have ever come out of Japan. Click here and get lost in their music.

Of course we saved the best for last...