The 60s and 70s are decades known for the most distinctive voices in rock history. This article brings to life a list of the best rock singers from that hippy-happy era.

Rock music came into its own in the 60s, thanks to the free-form music expression in folk and blues rock. The folk rock movement and the blues rock movement paved the way for new genres in rock. Expression found new meaning in the 60s and this freedom of expression found its way in many rock genres that emerged in the 70s. Musical explorations were at another level during the 60s and 70s. Hybrid experimentation by musicians from different genres helped new sounds evolve and take shape in the form of subgenres.

Some of the best singers in rock music history shot to prominence with their unique voices in the 60s and 70s. The decades are widely regarded by music purists and critics as pivotal decades in rock music history. The lyrical dominance of singers and song writers brought to life some of the greatest rock anthems. Also, a number of protest songs and anti war songs written during the 60s and 70s have become epic anthems for world peace. From high pitched voices to the sultry baritone, rock singers showcased their vocal prowess exquisitely.

Many rock singers in the 60s and 70s embarked on solo careers while donning vocal duties with bands. While not many singers had successful solo careers, few singers had a bigger impact on music and earned critical acclaim with their solo albums. Also, singers of bands had side projects and did stints with bands from different genres. The showmanship of rock singers was at another level in the 60s and 70s. Some of the best live performances by bands were seen during the 60s and 70s. The flamboyance and charisma of stage performance by bands in these decades has become an epitome in rock history.

It’s the variety of musical influences that gave unique identity to rock singers in the 60s and 70s. Musical experiments led to a number of collaborations. Many rock singers collaborated with musicians from diverse music genres bringing in a fresh eclectic sound in the realms of rock. Many female vocalists emerged in rock through the folk movement. The folk movement helped branch the careers of many rock singers. A number of female rock vocalists came to the limelight in the 60s and 70s paving the way for a new breed of female rock singers.

The lines below showcase a list of the best rock vocalists of the 60s and 70s. 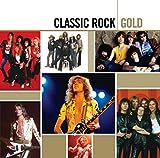