I've been training in martial arts since the 1980s and consistently since the '90s. I am a 2nd-degree black belt in Kenpo Karate.

Bruce Lee has become iconic when it comes to martial arts movies. He rose to fame in the 1970s and his career was cut short by a freak accident that killed him in 1973. However, the public is still fascinated by this larger-than-life figure of Kung-Fu cinema.

Let's find out more about the man, not just the myth.

Yes, that's correct. Bruce was born in the US. San Francisco, to be exact. His father performed for the Cantonese Opera from Hong Kong and was on tour. While in San Francisco, Grace Lee, Bruce's Mom, gave birth to him. Therefore, he was technically a US citizen, though he spent a lot of time in Hong Kong. However, as is well-known, he returned to the US to become a TV star in the Green Hornet and also starred in the American-produced martial arts block-buster Enter the Dragon. It is interesting, his Chinese name, Lee Jun Fan, means "return again". Which is what he did.

He was born in 1940, during the World War Two era, so when his family returned to Hong Kong, it was being occupied by the Japanese.

He Was in a Street Gang

In the mean streets of Hong Kong, it is said that Bruce was the leader of a street gang. He needed to be tough enough to handle himself in a brawl and took up Wing Chun Kung Fu. He became so devoted to the martial arts, he left his gang.

I guess his father had different leanings when it came to martial arts. Though Tai Chi definitely has self-defense applications, the art is mainly known as a meditative exercise. Bruce seemed to be more into boxing and the combat-oriented Wing Chun, while his father practiced the more meditation-oriented Tai Chi Chuan.

Water can flow, or it can crash. Be water, my friend.

He Came From a Well-to-do Family

His mother, Grace Lee, or Grace Ho, was actually Eurasian, part European and part Chinese, and came from a well-known wealthy family in Hong Kong. It should also be noted that Bruce was in an entertainment family and was introduced to acting early on in life; in fact, he was in a movie as an infant and as a young child starred in Hong Kong cinema, becoming very popular and touted as the Hong Kong Andy Hardy.

Did you know Bruce Lee first appeared in a movie as an infant?

He Boxed in High School

He boxed at the Catholic school he went to as a youth, Saint Francis Xavier College, in Hong Kong. Interestingly, after he became famous, he returned to the school and gave out awards to kids at one of the school's rallies. The kids, of course, were delighted and he very much enjoyed it too.

He was the Cha Cha Champion of Hong Kong

Seems Bruce was always physical. He was athletic, a martial artist and, yes, liked to dance. He became the champion of the Cha Cha in Hong Kong.Just another way he was swift and smooth.

He Worked as a Waiter in Seattle

It's been said Bruce's father sent him to the US to get him away from the street fighting he was doing in Hong Kong. He was sent away to stay with a friend of the family and in the meantime he found work at a restaurant in Seattle.

Evidently, he was not willing to make waiting tables his career, because he went on to get a college education, found a martial arts system and start teaching his art and become a mega-star of martial arts cinema.

Bruce Lee, King of Kung-Fu
Much of the information for this article was derived from this book. It covers his birth and childhood, his move to the US and the investigations into his untimely death. Considered a classic by Bruce Lee fans.
Buy Now

He Met his Wife Linda at the University of Washington

Bruce started going to the University of Washington when he came to the US and also began teaching martial arts at that time. Linda found him very cute and started taking lessons from him; a bit of a bold move back then, considering he was Chinese and she was Caucasian.

But the rest is history. The two fell in love and had a son, Brandon, who became famous and died about as mysteriously as his father from a gunshot from a prop gun on the set of the movie The Crow.

His Left Leg was Shorter Than His Right Leg

Yep, you read that right. His left leg was shorter than his right leg. However, this didn't hamper his martial arts endeavors. He found that he was better at certain kicks because of the length difference of his legs and he also preferred to fight with his right leg forward; the standard fighting stance in Jeet Kune Do, his system of fighting. 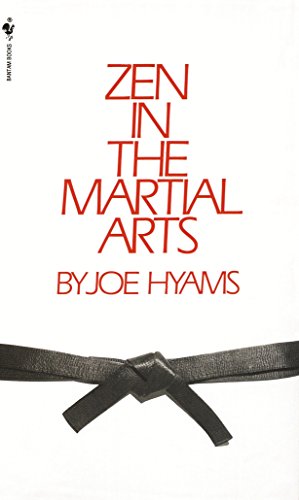 Zen in the Martial Arts
Some of the information in this article is derived from this book. The author was student and friend of Bruce Lee and learned much about how the man thought. The book is an adventure in the real life of Joe Hyams, the author, as he discusses his experiences with various martial arts masters.
Buy Now

Yes, Bruce was near-sighted. This is one reason he liked Wing Chun, because it focused on close-in fighting. As usual, he made a disadvantage an advantage, like any good martial artist would do.

He Didn't Drink or Smoke

He was a total teetotaler. In fact, he wasn't really fond of parties and liked to hang out with his close friends more than he liked pretentious parties with cocktails and such. Though it has been said he was very out-going as a youngster, seems he was a bit reserved as he got older.

He pioneered the protein shake. Way before body-builders were making protein drinks, Bruce was making his own. The shakes he made were a combination of raw beef, eggs and milk, mixed up in a blender and drank raw.

He Took a Prescription for Epilepsy

Bruce was prescribed Dilantin, a medication used for Epilepsy, after he collapsed while editing the film Enter the Dragon. The doctor said his collapse was caused by a "convulsive disorder" and prescribed him the Dilantin.

Some of His Students Were Very Famous Celebrities

Bruce taught martial arts to various celebrities who seemed to be intrigued by his approach to martial arts and his life philosophy. He taught such people as James Coburn, Steve McQueen and Kareem Abdul Jabar. He said he liked the physicality of McQueen and the philosophical perspective of James Coburn. Of course, basketball legend Kareem Abdul Jabar appeared in Bruce Lee's movie The Game of Death; he was the giant that Bruce slays at the top of the pagoda. You'd have to see the movie.

MGM wanted Bruce Lee to do a movie with Elvis Presley, there were plans for him to be in a movie with Sophia Loren and Warner Brothers was willing to pay big bucks for him to make movies for them and he was even wanted in Hungary to star in movies. It is said he would have been the highest paid actor in the world if all of those plans had come to fruition.

He Died From a Prescription Pill

Technically he died from cerebral edema (brain swelling or fluid in the brain) due to a bad reaction to a prescription medication.

He was visiting with film producer Raymond Chow and actress Betty Ting Pei in Hong Kong and had a headache. Betty gave him one of her Equagesic pain pills and he went to bed. Turned out he never woke up.

Bruce Lee worked hard to become the legend he was, overcoming many obstacles and proving that it can be done. In spite of the fact that he was barred from many opportunities, he made his own opportunities and shined. There is a reason he is so iconic the world over.