1970’s: No Wonder That These Songs Were More Than One-Hit Wonders

Everyone Who is a Rock and Roller

should realize a few certain things. That the 50’s with Jerry “Killer” Lee Lewis; Bill Haley and his Comets; Elvis Presley; Little Richard and many others can say that they founded Rock Music, and some may agree. But did they? What about the ongoing argument about Elvis and Little Richard’s somewhat controversial riff about Presley “lifting” a few of Richard’s songs and not telling him? That question has not been answered.

We then drifted into the “Turbulent 60’s,” when the 50’s version of Rock Music was hashed and shredded into something that was hard for us, the average citizens, was tough to identify. We knew that bands did have drums, guitars, and bass guitars, but they went a step further in having amplifiers that made their songs loud. Very loud. Which was one of the earliest give-away’s of this raging era of our country.

The turbulence came to life, as if an infant being born, and began yelling, kicking, and tearing things up that were not nailed. One example is the Who, a super-Rock band whose trademark in their early career was destroying their sound equipment along with their guitars causing the audiences to jump, yell, and beg for more of the Who’s entertainment.

was at first soft and easy to sit down and listen to early 70’s music offerings with a girlfriend or that “Mrs. Right,” who was only asking to be someone’s wife. What a sweet disguise because the 70’s were wrapped tightly with sparkling new paper that made our eyes blind to the fact that this Rock Era had arrived and on hand were a lot of changes to Rock, but not so tragic that could not be recognized.

Take the three songs (below), and see if you can place where you were when each of these songs was released.

So I will step aside right now and let you do what you need to do, but I encourage you to look into these songs and do not worry, a short trip to the 70’s will not hurt anyone, and the best thing is that traveling to this era will not cause you to age in any horrific amount when you arrive back at your home.

Sammy Johns Chevy Van Record Album
You have Sammy Johns, a singer, a Chevy Van, and a female hitch-hiker with gorgeous tanned legs. And Johns is from a small town. The makings for a great night.
Buy Now

Was Sammy Johns For Real?

sure, singer-songwriter Sammy Johns wrote (several) hit songs for other artists, he is best known for his own trademark tune: “Chevy Van.” Johns, the North Carolina native pursued music when he was young, and soon he was playing in clubs (like other rising musical stars) that he formed, The Devilles. In 1973, he was a solo act who cut his first record, “Early Morning Love” He has written songs by other musicians, including Waylon Jennings (who sang one of John’s songs, “America” on national TV), and John Conlee, who did “Common Man.” Sammy Kershaw and Conway Twitty also benefited some of John’s written works for their own musical success.

But speaking strictly as me, yours truly, “Chevy Van,” (me included), was solely-responsible for couples falling in love. It wasn’t the booze. It wasn’t the drugs. Pure the pure music that flowed so smoothly behind John’s lyrics of “Chevy Van.”

This makes my short trip back in time to 1975 when my wife and I were first dating and “Chevy Van” was on almost every radio station. You can’t beat it. 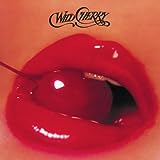 Play That Funky Music
How song hits are made: a band with all white guys hears a slur from a black audience member then one of the band members takes the one slur and turns it into a hit song.
Buy Now

The First Time That

I listened to Wild Cherry was when my friends and I were at my cousin, Steven Berryhill’s house in Guin, Ala., along with his brother-n-law, Tim Hill, they too were big on Wild Cherry as I was. The front man, Rob Parissi wanted to write a hit song, and his plan was to copy from the best. He subscribed to Billboard magazine, which charts the hit songs. When the magazine arrived each week, he would pick out a song or two to copy, making it just different enough to avoid lawsuits. After some time doing this, he wrote the one that became his #1 hit. The song he copied: "Fire" by The Ohio Players (listen especially to the bass-line and vocal stylings.

Wild Cherry was originally a hard rock band. They had scored a regular gig at the 2001 Club and with a big disco happening at the time, their sound did not mesh that well. So after one show, a black audience member yelled, “play some funky music, white boy,” so Parissi decided that they should, and write the phrase on a bar order pad. Wild Cherry recorded the song in Cleveland with a disco sound; drum and heavy bass mixed up front. The group was concerned about the lyrics and overtones, but Parissi instead on keeping them.

As it turns out, both arena’s, the black and white audiences, dug “Play That Funky Music White Boy,” and (I hate to use overkill) as they say, the rest is history. Great history, I might add. 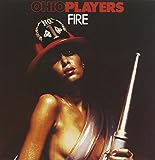 Fire
What a day it was in 1974 when I heard "Fire," by the Ohio Players and to be honest, I am 65 now and still love that song. And I think that you do also.
Buy Now