Click here for Part 1 of 20 Most Heartbreaking Japanese Films.

If you want to listen to some of the best hiphop songs ever written in the Japan, click here.

Based on the smartphone visual novel of the same name, Koizora focuses on a girl who loses her celphone in a library and a mysterious caller who helps her locate the phone. The two agree to meet and eventually develop a relationship while being antagonized by the mysterious caller’s ex-girlfriend.

The saddest part in Koizora is towards the end, when the girl realizes that the mysterious caller broke up with her only because he found out that he’s dying from cancer. Breaking up was a way of sheltering her from the loss she would have felt. This is even more heartbreaking before the girl managed to get him back after finding out, and the mysterious caller even showed signs of recovery only to succumb to his illness during a routine check-up.

The Girl in the Sun

The Girl in the Sun (also known as Girl in the Sunny Place or Hidamari No Kanojo) is a fantasy romance film about an ordinary young couple named Kosuke and Mao, who were each other’s first loves and married after reuniting many years later. However, their happily married lives are thrown for a loop when Mao mysteriously disappeared along with Kosuke’s memories of her.

The twist at the end is that Mao isn’t really a girl, but a can who has taken on human form. There are little clues scattered all over the film (such as Mao defiantly declining the offer to raise a dog,) but the fact that the relationship has been built very realistically throughout the film means that the twist is completely unexpected. The sad part is that cats can only stay human for a number of years before reverting back to their animal form, so when it looks like we’re finally getting a happily ever after, Mao disappears and Kosuke doesn’t know where she went.

Here are 10 Japanese rock bands you should listen to. 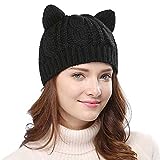 The Liar and His Lover

The Liar and his Lover tells the story of a 16 year old high school student with a gifted voice named Riko and a 25 year old sound engineer, Aki, who is secretly the genius behind a popular band’s music. Aki is desperate to feel a connection with something and so he courted Riko even though he doesn’t really feel anything.

When Aki finally realizes that his feelings have blossomed into something real, which couldn’t have come at a worse time as Riko has already discovered his lies and is well on her way to success with her own band.

Thailand's movie industry has been spitting out some of the best films in the world. Here are 10 you shouldn't miss.

I Give My First Love to You

Based on the manga of the same name, I Give My First Love to You focuses on a boy prophesied to die before he is 20, Takuma Kakinouchi, and the girl who is in love with him, Mayu Taneda.

Towards the end of the film, with Takuma finally succumbing to his health and suffering from a heart attack, he prayed for more time to give and got a miraculous recovery, so he used the time to bring Mayu to lots of different places. Once that was done, they went back to the hospital and Takuma suffered one final heart attack.

The controversy about Korean musicians not getting their earnings from streaming and fee discrepancy. Understand it here.

Moonchild is an gangster drama film with fantasy elements, featuring popular J-rockers Gackt as a young street urchin who grew up to be a yakuza boss and Hyde, who is an immortal vampire that he befriended as a kid and grew up with.

The film is more drama than action, so it’s understandable that there’s going to be a ton of tearjerker moments, but if you thought Gackt dying in Hyde’s arms during the film’s climax was the saddest part of the film, you’d be wrong. The ending shows that he was in fact turned into a vampire as well, but they’ve got nothing left to live for so the two best friends spent their final moments in a car, watching the sunrise over the horizon.

Time Traveler: The Girl Who Leapt Through Time

The film tells the story of Akari Yoshiyama, who is the daughter of a pharmaceutical researcher secretly developing a formula for time travel. After briefly regaining consciousness from a car accident-related coma, the mother asked Akari to travel back to 1972 and deliver a message to her first love, Kazuo Fukamachi.

As with most drama films that have time travel as part of the plot, the saddest part of Time Traveler: The Girl Who Leapt Through Time comes from the fact that Akari cannot prevent a tragedy even if she had foreknowledge of it, as changing time would have consequences. What’s worse, she lost all knowledge of her times in the past so every time she watches a silent film that reminds her of a friend from the past, she cries without knowing the reason.

Time Traveller: The Girl Who Leapt Through Time
Buy Now

Yuuki is based on the true story of a man who died at the tender age of 23 after suffering from a terminal disease that weakens the bone structure of his skull.

Yuuki is an inspirational film, and the protagonist himself shows bravery and a positive outlook despite his affliction, but one can’t help but feel sorry towards the end when his health starts to worsen and loses the ability to see.

Wolf Children is an animated film about a young mother who was left to care fore two werewolf children after their werewolf father passes.

The most heartbreaking part in Wolf Children is when one of the children disappears during the storm, and the mother had to search for him on her own. She is soon saved by the now-adult wolf and has accepted that as their final goodbyes, as her son chose to embrace life as a wolf in the wilds.

Also known as Heavenly Forest, Tada, Kimi o Aishiteru’s story revolves around a photographer named Makoto, two of his female university schoolmates named Shizuru and Miyuki, and the relationship that is developed between all of them.

The saddest part in the film comes towards the end when Makoto finds out that Shizuru has been hiding a disease from him, and that in her desire to “grow up” and meet his expectations, has accelerated her disease through eating more, resulting in her death.

Also called “My Rainy Days,” Tenshi no koi is a romance drama film based on a popular smartphone visual novel about a manipulative schoolgirl who repents and tries to mend her ways after falling for an older professor.

When the protagonist’s love interest disappears, it is discovered that he chose to stay away because he is dying from brain cancer. He kept his distance from her in order to avoid breaking her heart. There is a chance by taking a risky operation, but it could result in him losing all of his memories, including his memories of her. They went ahead with the operation. The movie doesn’t make it clear whether he still remembers her after the operation, so there is leeway for viewers depending on whether they want a happy ending or not.

Click here for Part 1 of 20 Most Heartbreaking Japanese Films.