The 60s and 70s took musical exploration to dizzy heights. Rock music spread its wings globally and inspired a multitude. This article is a showcase of the best rock anthems of the 60s and 70s.

Rock music became a global phenomena in the 60s and since has gone onto become one of the most popular genres in music. The folk movement helped rock music branch in various avatars bringing a rich diverse sound in rock contexts. Many protest songs and anti war songs in the folk genre became anthems in their own right.

In music, the term ‘anthem’ is associated with a song that is uplifting or has a profound effect on people. The 60s and 70s set the ball rolling for rock music. A number of bands emerged with an amalgamation of diverse musical influences. The free-form music expression of jam bands became a monumental part of hippie culture in the 60s. A number of rock songs written in the 60s and 70s have gone onto become popular rock anthems.

The reason why rock music of the 60s and 70s is inspiring is attributed to the fact that musicians from different genres came together and brought a rich diversity of musical styles and influences. This collaboration of musicians from diverse genres gave unique identity to songs that became ‘epic’ with listeners. The heavy metal sound emerged in the late 60s and became hugely popular in the 70s. The hard hitting sound of heavy metal captivated youth globally. The new beginnings of the 70s heavy metal opened pathways for new subgenres in heavy metal.

Music concerts and music festivals became exceedingly popular with youth in the 60s and 70s. The decades are associated with being quintessential decades in live performances in rock history. The electrifying stage performance of bands and artists at various music festivals is considered the epitome of ‘spectacular’. A number of 60s and 70s bootleg recordings that were released in later decades have gone onto become cult hits. Collectors are willing to pay a fortune for rare records of the 60s and 70s. Songs from various rock genres and subgenres have become rock anthems.

If you like rock music of the 60s and 70s, you will have a say. Feel free to express yourself in the comments section.

The lines below bring to life an epic list of cult hits of the 60s and 70s. 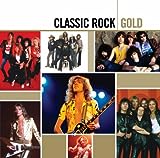