All About the 2013 Eurovision Song Contest

The 2013 Eurovision Song Contest was staged in Malmo, Sweden following the victory by Swedish singer Loreen with the song Euphoria at the 57th Contest in Azerbaijan.

39 countries across Europe participated at the 2013 competition (Bosnia and Herzegovina, Portugal, Slovakia and Turkey all withdrew, while Armenia returned), the same number that took part in the 2010 contest.

The semifinals were staged on May 14 and 16, while the grand final was presented on the evening of May 18.

Why was the Eurovision Song Contest 2013 held in Malmo?

Under the rules of the European Broadcasting Union, the winning country from the previous year hosts the current year's event.

In 2012, Loreen won the Contest with the song Euphoria and thus the competition was staged in Sweden in 2013.

Here is a reminder of the winning song from 2011.

Introduction to the 2013 Show

Image by Albin Olsson (Own work) [CC-BY-SA-3.0], via Wikimedia Commons 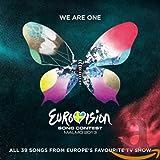 After a year away, Armenia returned to the Eurovision fold, while Slovakia, Portugal, Turkey and Bosnia/Herzegovina withdrew.

The following countries were represented in the two Semi-Finals of the 2013 Eurovision Song Contest, which took place on the 14th and 16th of May:

France, Germany, Italy, Spain and the United Kingdom - known as the Big Five - automatically qualified for the Final, together with 2012's winning country, Sweden.

Italy, Sweden and the United Kingdom also voted in this semi-final.

France, Germany and Spain voted in this semi-final

Image by Albin Olsson (Own work) [CC-BY-SA-3.0], via Wikimedia Commons

If you're wanting to listen to a compilation of all of the entries at the 58th Eurovision Song Contest, this is the CD to have in your collection

All 39 songs from the participating nations are included and, as usual with Eurovision, there is a quirky and groovy mix of tracks, some fantastic and some a little offbeat.

However, I think 2013 will be remembered for a winning song, representing Denmark, which was sung by a beautiful, young woman who insisted on not wearing shoes!

[Available in CD format and some tracks can also be downloaded.]

All About Other Eurovision Song Contests

Are You A Fan of Eurovision?