So many great songs by the best groups of Soul

The Soul Groups of the 60’s and 70’s enthralled its listeners with soulful vocals, choreographed dance moves, and songs that had a mix of ballad, funkiness, rhythm and blues, and a little disco at times sprinkled in. The combinations of all that variety were songs that were works of art. Those that weren’t lucky enough to be around the first time the songs were released have enjoyed hearing them on the radio, cds, and television. These songs have fans from the past and from the present because they stand the test of time. Groups today should takes notes from these fine artists to see how to craft the perfect song.

1. THE STYLISTICS this group formed in 1968 out of Philadelphia and gave America some great ballads with songs like You are Everything, Betcha By Golly, Wow, I’m Stone in Love with You, and Break Up To Make Up, and You Make me Feel Brand New. They had great harmonies, a lead singer Russell Thompkins Jr. with a beautiful falsetto, and the arrangements were so lush you just had to listen. Beautiful songs. This group defines the best of the 1970’s music.

2. THE TEMPTATIONS this group formed in 1960 in the Motown sound city of Detroit. They had great hits in the 60’s the most famous being My Girl, but the 1970’s also was a good decade for them with hits like Ball of Confusion, Just my Imagination, and the poignant Poppa was a Rolling Stone. They had the flashy suits, and the choreography to go with their amazing vocals. The Temptations were the first Motown group to win an Emmy Award.

3. THE DELFONICS this is another group that hailed from Philadelphia. They had a smooth sound and began recording in the late 60’s. The most well-known songs they have recorded are Didn’t I (Blow Your Mind This Time), La-La (Means I Love You), and Ready or not Here I Come (Can’t Hide From Love). Their song Didn’t I Blow Your Mind will definitely blow your mind for its arrangement of the horns and vocals. It is a song that never gets old.

4. The O’JAYS group formed in 1958 and had their first single in 1963. They came from Canton, Ohio. The group is known for its million sellers with great songs like Back Stabbers, Love Train, For the Love of Money, and I Love Music. Their songs have soul and strength to them. They deserved their induction in the Rock and Roll Hall of Fame which occurred in 2005.

5. THE SPINNERS came out of Detroit in the 50’s and started recording in 1961, but they are known for their Philly sound. Their greatest songs include It’s A Shame, I’ll Be Around, Could It Be I’m Falling In Love, One of a Kind, and Rubberband Man. They were the biggest group in the 1970’s and you couldn’t turn on your radio without hearing one of their fantastic songs.

6. THE FOUR TOPS this group came of Detroit and were part of the Motown sound. They have recorded hits that everyone knows it includes: Baby I Need Your Loving, I Can’t Help Myself (Sugar Pie Honey Bunch), It’s The Same Old Song, Shake Me, Wake Me, (When It’s Over), Reach Out I’ll Be There, and Bernadette. They have won many awards in their long and illustrious career and they earned them all.

7. THE COMMODORES before Lionel Ritchie stepped out on his own he was a member of this funky group of the 70’s. They met in Tuskegee University in 1968 and started recording in 1972 when Motown caught their eye. This group recorded some great ballads like Just To Be Close To You, Easy, and Three Times a Lady, but they could also get funky and got down with songs like Slippery When Wet, Brick House, and Too Hot to Trot. Who wouldn’t want to dance to these songs?

8. EARTH, WIND AND FIRE they came out of Chicago and began recording in 1971 and their first album Earth, Wind, and Fire came out to critical acclaim. They blended sounds of soul, disco, R&B, funk, jazz and rock. It all blended beautifully and produced songs like Shining Star, That’s The Way of the World, Boogie Wonderland, September, Let’s Groove, and Fantasy. A group that can always bring a crowd to the dance floor.

9. HAROLD MELVIN AND THE BLUE NOTES another great band to come out of Philadelphia and one of the most popular. Their best songs were the love songs and they were: Don’t Leave Me This Way, If You Don’t Know Me By Now, I Miss You, and The Love I Lost. They had a song called Bad Luck which was more of a dance tune that stayed a number one hit on the dance/music charts for 11 weeks. Harold Melvin was the original lead singer for the group, but the lead singer that gave them the most success was Teddy Pendergrass.

10. THE JACKSON FIVE came from Gary, Indiana and became a part of the Motown sound for six and a half years. They were one of the biggest acts of the 1970’s who didn’t know Tito, Jermaine, Jackie, Marlon, and Michael Jackson? They recorded songs that everyone probably can sing along to: I Want You Back, ABC, The Love You Save, I’ll Be There, and Never can Say Goodbye. What a talented family

The Soul Groups mentioned above created works of art that everyone can enjoy to this day. Whether you want to shake your groove thing, slow dance, or just sing along these songs provide the listener with perfect songs to fit the mood. These songs are destined to be around forever. 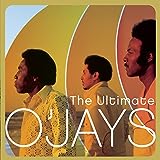