Thank You To Barry Manilow's Grandfather, Joseph Manilow, For Being His Mentor

What If He Had Never Recognized The Musical Talent In This Young Child, His Grandson?

We recently saw Barry Manilow at the Paris Hotel here in Las Vegas, and in a very special part of the show, Barry talks about his Grandfather, Joseph "Grandpa Joe" he called him back then. He grew up in a very rough part of Brooklyn, but as a child was surrounded by folks who really loved him, his Mother and Grandparents. And as Barry said, all a child needs to have a good start in life is to be surrounded by love. Truer words have never been spoken.

This amazing man (Barry's Grandfather, Joe) recognized at such a young age that there was a musical talent in Barry and wanted to find out for himself the extent of his talent. Barry told the story of how his Grandfather would take him across the Brooklyn Bridge into Manhattan. They would go to Times Square where there was a little "Record Your Own Voice" booth, which cost 25 cents. Barry was so young at the time that he didn't really understand what his Grandfather wanted him to do, so he wouldn't sing anything despite his Grandfather's encouragement. Grandpa wanted him to sing "Happy Birthday" to one of his cousins, but as you can hear on one of the scratchy recordings that is played during this part of the show, Barry didn't sing it.. "Grandpa Joe" (as Barry called him) was very persistent, and finally one week Barry did sing a little. Barry then explained that when he sang, he liked it, not so much the singing, but the music.

The song he chose when he DID sing was pretty sophisticated for a boy of four years old.. Nat King Cole's song "Nature Boy." You can hear in this scratchy recording made for 25 cents, a natural talent - which can even be described as a gift in a very young boy... he could really hold a tune at a VERY young age! No wonder Grandpa was so persistent! This song has a really sophisticated melody, and it sounded to me like he stayed right on key and everything (of course, I'm not a music expert)... but you could TELL there was talent in this child!

Barry Manilow puts on a wonderful show, and if you ever get the chance, go see him! It's an experience you will never forget! Not just the singing, but there are four spectacular dancers (who also sing backup) in the show as well - and Barry sure has some moves as well! Even though he thinks he's not a good dancer, he does it very well!

Some of my favorite parts of the show were when he talked about Grandpa Joe, and played the recordings of himself as a young boy... and the pictures of him as a child are just precious! I'm sure he has wonderful memories of a very loving Grandfather. Another favorite is when they do an "American Bandstand" set... I had forgotten that he was involved in that show, and it brought back so many good memories, I used to love watching that show! Someone in the audience requested that Barry sing "Weekend In New England" so he did... and when he got to the line "Let me touch you" in the song, some girls up front SHRIEKED!! It was so FUNNY!! He stopped for a second and said "I STILL got it!" It was a neat "moment".

After the show, I started to think about how we as parents, and extended family members (Grandparents, Aunts and Uncles) really can influence a child, Especially if you see something in your grandchild, niece, or nephew that they have a talent for. I thought about how we can be mentors for these children, and help them in any way we can to find out what it is that they are here to do. Sometimes kids (especially in their teen years) can feel "lost" and confused about what they should do when they grow up. Mom's and Dad's can do a wonderful job of seeing this in their child, but Grandparents, Aunts and Uncles can help as well. And sometimes, a child will listen to an extended family member and put more "weight" on their advice than they would the advice of their parents.

Whoever it is in a child's life that influences him or her to become the person they were meant to be, being a mentor for a child is a very rewarding experience! Teachers can be wonderful mentors as well, and even church members. Sometimes kids can totally surprise us with their choice of what they want to do as a career. And they can even become volunteers in the community that they live in. I believe whatever positive experiences you can give to a child will come back to you.

Even the Bible has a wonderful quote in Proverbs 22:6 - Train up a child in the way he should go: and when he is old, he will not depart from it. (King James Version). Now THAT is some great advice! 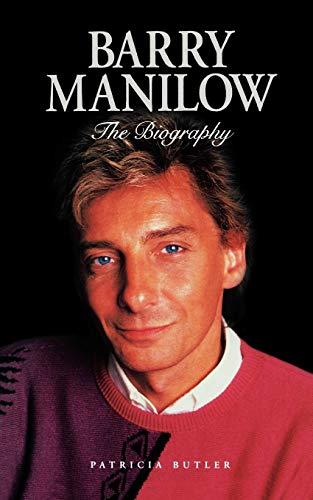