Lehman suggests that one reason why there have been so many all star Jewish songwriters, especially compared to all star baseball players is that many prosperous Jewish homes had a grand piano and or a violin. Several of the songwriters' fathers were cantors, and he points to what he believes to be Jewish influence or DNA in their music, for example, the sound of the shofar in the music of Bernstein and the phrasing of some of Ira Gershwin's lyrics. .

Although anti-Semitism was rife in the days of Gershwin, Berlin and Arlen, they didn't experience a lot of criticism for appropriating jazz or blues from the black musical tradition or for appropriating or secularizing Christian traditions in their popular Christmas or Easter songs. Lehman points out that White Christmas was written during World War II when Americans of all faiths were in European trenches, far from home. Moreover, most of the songwriters grew up in families which celebrated Christmas and Hannukah. He points out that the songs of Gershwin, Arlen, Jerome Kern and others were made popular by black singers who benefited from their collaboration with the songwriters of Tin Pan Alley.. Lehman points out that Gershwin insisted on an all black cast for Porgy and Bess. Lehman characterizes the relationship between the Gershwins, Kern, Arlen and African American entertainers as a collaboration which benefited both the Tin Pan Alley songwriters and the African-American singers and musicians.

Cole Porter was the one WASP exception to the domination of Tin Pan Alley by Jewish songwriters. He once remarked to his friend Irving Berlin that he would be a better songwriter if he were Jewish. They don't get much better than his "Night and Day," however, in my opinion. 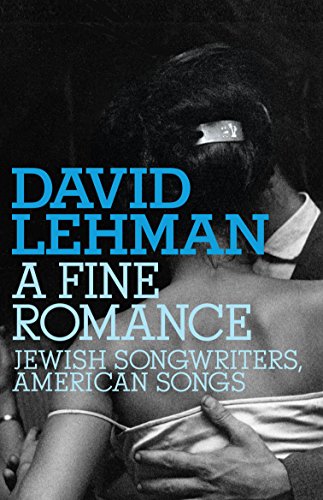