A Guide to Understanding Musical Terms, Definitions and Meanings Pt 2

Audrey's love for piano began at age six. She's is a professional pianist for cruises, hotels and community events. Teaching is her passion.

Hello, my friends. Welcome to part 2 of "A Guide to Musical Terms and Definitions". I suggest reading my prior article on this same subject before beginning this one. It contains a complete introduction to this subject which may be helpful to you.

Music is the voice of God.

Music is a revelation;

a revelation loftier than all wisdom and all philosophy... Ludwig Van Beethoven

Good music evokes a strong emotional response within the listener and is one reason we prefer one symphony, composer, song, instrument and performer over another.

Musical terms are a way of providing an emotional blueprint for the musician. The composer demands consistency in defining the exact path of his emotions during composition. By providing musical terms, the musician is directed (and challenged) to accomplish this task.

Rubato - literally, "robbed."  A style in which the strict tempo is temporarily loosened by either speeding up or slowing down.

Transposition  - changing the pitch of a piece of music up or down a given interval, so that the internal relationships remain precisly the same.

Upbeat - the beat before a strong beat; also, the conductor's signal immediately before the first entry.

Key - in tonal music, the concept of interrelated chords, based on the notes of the major and minor scales, and centered on the tonic (the first note of the scale, also called the fundamental).  A key is indicated at the beginning of each piece by means of a key signature.  Other notes, foreign to the key, may be used in a piece, but the domination of all else by the basic key - exerted by the gravitational pull of the tonic-is virtually constant.  Most tonal works, even a very substantial piece such as a symphony or, on occasion, an entire opera, are written in a single key.  Although the piece may in its course move far away from the fundamental key for the sake of variety, the unity imposed by the fundamental key is always felt.  (Whew ! :)

March - music for marching to, in quadruple time, originally for military use.

Half note - a note equal in time balue to two quarter notes or four eighth notes; in Britain it is called a minim.

Cadence - a sequence of two chords that brings a phrase to an end, with an air of either finality or partial completion.

All musicians including the vocalist must understand and use musical definitions.

We can thank Italy for giving us most of the terminology used to describe musical components.

European music was first written down in Italy. However, Italians certainly didn’t invent music. Italians used their own words to describe music. It caught on from there, and pretty soon composers all over Europe were using Italian words and symbols to write their music.

"You will ask me where my ideas come from. I cannot say for certain. They come uncalled, sometimes independently, sometimes in association with other things. It seems to me that I could wrest (ger. spelling)them from Nature herself with my own hands, as I go walking in the woods. They come to me in the silence of the night or in the early morning, stirred into being by moods which the poet would translate into words, but which I put into sounds; and these go through my head ringing and singing and storming until at last I have them before me as notes. - Ludwig Van Beethoven, (Letter to Louis Schlosser, 1823) 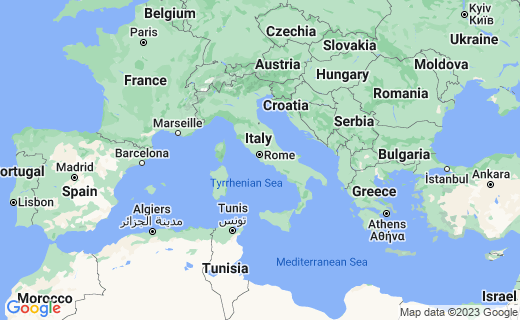 Waltz - a dance in triple time of Austrian and Bavarian origin, popular throughout Europe in the 19th century and afterwards, especially the Viennese waltzes of Johann Strauss, Sr. and Jr. The waltz was often incorporated into symphonic works in the placeof a scherzo, and independent concert waltzes were written by such composers as Schubert, Chopin, Brahms, Richard Strauss and Ravel.

Sit Back, relax and Enjoy!

I love all of the above waltzes, my personal favorite being Strauss's "Emperor's Waltz." I seem to be transformed as I listen to his music.

"We shall never become musicians unless we understand the ideals of temperance, fortitude, liberality and magnificence." - Plato

Vibrato - a rapid undulation in the pitch of a note, or of two contiguous notes, made by an instrumentalist or a singer to increase expressiveness of a passage.

Sharp - a sign indicating that the pitch of a note should be raised by a semitone.

Nonet - a work for nine instruments.

Fundamental - the root of a chord, or its bass note.

Root- the principal note of a triad or triad-derived chord.

Legato - to play or sing, smoothly and connected.

Obligato - an occasional but extended instrumental solo, often to accompany the vocal part in an aria. Indispensable.

"Music is everybody's possession. It's only publishers who think that people own it."

"I understand the inventor of the bagpipes was inspired when he saw a man carrying an indignant, asthmatic pig under his arm. Unfortunately, the manmade sound never equaled the purity of the sound achieved by the pig."

Wagner's music is better than it sounds - Mark Twain

You have Van Gogh's ear for music. - Artemus Ward