A Review: Fitz and the Tantrums Live at the Oregon Zoo Amphitheater.

The prevailing talk surrounding Los Angeles’ neo-soul outfit Fitz and the Tantrums is that they need to be experienced live to be wholly appreciated. Indeed, when I first laid eyes on them on the Late Show with Conan O’Brien, Michael Fitzpatrick’s neatly parted hair with his signature white stripe, fitted suit and the perfect choreography of “Money Grabber” seemed to support this notion.

I didn’t know who they were, but I knew I wanted to. Now, behind hits like “Out of my League”, “More Than Just a Dream” and the latest, “Handclap”, Fitz & the Tantrums, dubbed the hardest working band of 2011, have leisurely climbed their way up the national radar. Hard work pays off.

Six years after that television viewing, I braved rush hour traffic and triple digit temperatures to check out the quintet at the Oregon Zoo Amphitheatre. Behind the rather disappointing (Read: too much pop and fluff, and not enough soul) eponymous new record, I had low expectations, despite the invocations of Fitz and the Tantrums apologists. I’m pleased now to report that, shortcomings of the record aside, they are still a band to watch and experience live. The apologists are right.

Fitz and the Tantrums "Out of My League" 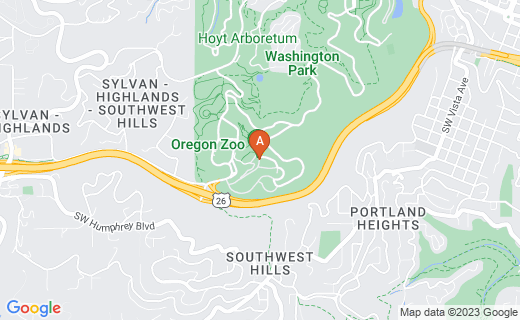 A little Pop for your Soul

Band leader Michael Fitzpatrick knows how to engage a crowd. From the colorful array of stage lights (custom designed reds, greens, blues and purples) to the instruments themselves (cloaked in purples, reds and pinks) just a gander at the stage revealed a show with an aim towards fun and entertainment. Substance be damned, we were here to have a good time and from the first mellow tenor sax tones of James King as he entered the stage with his signature derby hat, to the always alluring Noelle Scaggs and finally, to the casually dressed Fitz, from start to finish the show was high energy flash, pomp and pizzazz, arm waving, dancing and sing along fun!

I was reasonably bummed out not to see the signature tailored suits, but, I understood. This was an outdoor show, the temperature was triple digits and, the energy output rivaled anything put out by Portland General Electric. Fitz’s white t shirt and checkered vans only added to the carefully coiffed image of Fitz and the Tantrums. The tailored suit must be reserved for television performances. I get it.

There were kids here, though. And families. How would they handle some of the risqué material found on the new record? How would they get around the orgasmically themed Handclap? Would this be a segue for parents to explain to their children about the birds and the bees?

Fitz and the Tantrums prove with their performances that you don’t need songs drenched in distorted guitars.

About the Oregon Zoo Ampitheatre

"In 1979, the Oregon Zoo became the first in America to host a summer concert series. This year, Oregon’s “wildest” outdoor concert series celebrates 37 years of bringing you world-class artists for a night of music and nature from June to September. It wouldn’t be summer in Oregon without an evening of great music at the zoo!"

I would find out during a rendition of Complicated which, on the record is just okay, comes complete with the catchy yet clichéd line of “We do this every night/we fuck and then we fight.” This was handled with a simple deletion of the queen mother of curse words. This proved to be my favorite performance of the entire show—even more than my favorite song, Money Grabber.

And class permeated the show. There was no swearing, no crassness. This was not the typical rock show, with dour expressions, statuesque musicians and general cynicism. Here, dancing was encouraged. “Put down those smart phones and join us.” Fitz implored the sold out Ampitheatre.

When, during the encore, Fitz brought out his three-year-old son, as well as the other children in the entourage, it became clear that this is simply who Fitz and the Tantrums are: A family. A family that likes to dance and have fun, and invites you along to their dance party.

Those critical of the latest recorded output from Fitz and the Tantrums may be right. They have lost some of the soul edge that made them stand out. But, live, they are as strong, if not stronger, then I expected them to be, and with choreography that would make the Stax and Motown musicians Fitzpatrick adores proud.

The guitars, which Fitzpatrick is “sick” of hearing, were virtually absent from this performance. King wowed the crowd with solos on both the tenor and Baritone saxophones, Scaggs got much more front and center time to wow the audience with her goosebumps-inducing pipes, then she ever does on the records (which makes this writer wonder why she is not highlighted more on the records) and the bass, keys, and drums all compliment Fitz’ unique voice and awkwardly endearing banter.

Fitz and the Tantrums prove with their performances that you don’t need songs drenched in distorted guitars. You can still be relevant, even trend setting, with smiling faces, clean vocals, and throw back instruments. It’s okay to have fun and still be taken seriously as an artist.

They are a must-see band and, couple that with the unique venue, this show was a complete success.

Fitz and The Tantrums

Are you familiar with Fitz and the Tantrums

Fitz and the Tantrums 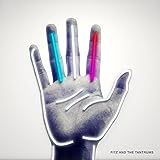